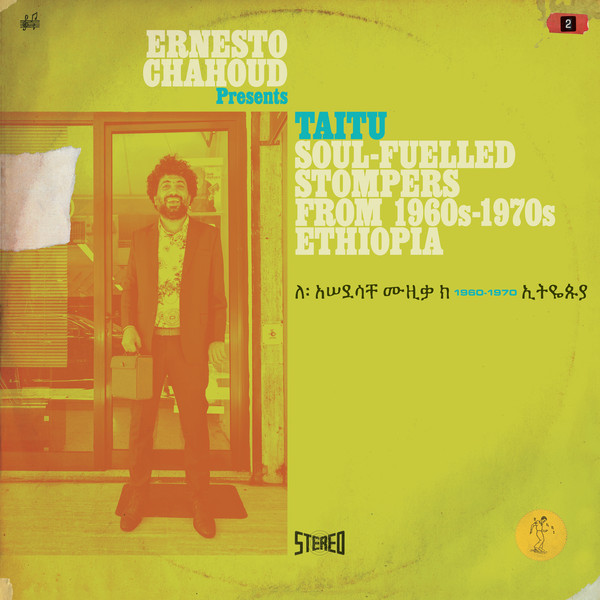 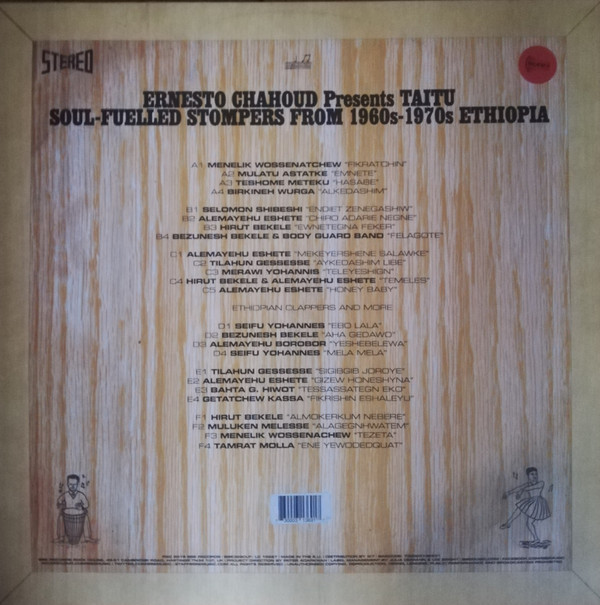 Ernesto Chahoud’s "Taitu" is a collection of soul-fuelled stompers straight from the dancefloors of 1970s Addis Ababa. A breathless journey through the unique Ethio sound that bands were forging at the time, the 24 track compilation is the result of the Lebanese DJ and crate digger’s decade long love affair with the ‘golden age’ of Ethiopian music. Among the musical gems featured are 7”s by some of the heavyweights of the scene including the godfather of Ethio jazz Mulatu Astatke and Alemayehu Eshete, the vocalist dubbed the ‘Ethiopian Elvis’, alongside tracks by more obscure artists such as Merawi Yohannis and Birkineh Wurga.

For ‘Taitu’, Chahoud has selected 24 of his essential Ethio-Soul 7”s, that never leave his DJ box, and together they capture this opportune moment in Ethiopian music history that saw bands experiment with an armful of influences: gliding through R&B, rock & roll, jazz, funk, soul and boogaloo. What came out was a distinctly Ethiopian interpretation: pentatonic scales, horn-driven melodies and soul-shattering vocals sung in Amharic. The songs are difficult to box in to one genre but they share a simplicity and rawness, added to by their lo-fi quality - with many recordings made in rudimentary studios with only a couple of mics for the entire band.

From the R&B stomper ‘Honey Baby’ by Alemayehu Eshete to Astatke’s swaggering ethnic-jazz instrumental ‘Emnete’ and the bluesy melancholic vocals of Hirut Bekele on ‘Ewnetegna Feker’, ‘Taitu’ is a window in on the exciting records being made in Ethiopia in the 1970s

Over the last decade, Lebanese DJ and traveling crate-digger has developed an obsession with the "golden age" of Ethiopian music in the late '60s and 1970s. Back then, Ethopian musicians developed a distinctive "Ethio" style that drew influences from a myriad of black American styles - most notably funk, soul, jazz, rhythm and blues, boogaloo and rock & roll - whilst remaining home-grown and East African in feel. To prove the dancefloor-slaying potential of some of these raw, fuzzy and thrill-packed gems, Chahaud has joined forces with BBE to deliver this fine 22-track set. There's not enough space to list all of the highlights, but suffice to say it will appeal to all those who enjoy heavy, funk-fuelled hybrids of East African, Arabic and black American music.