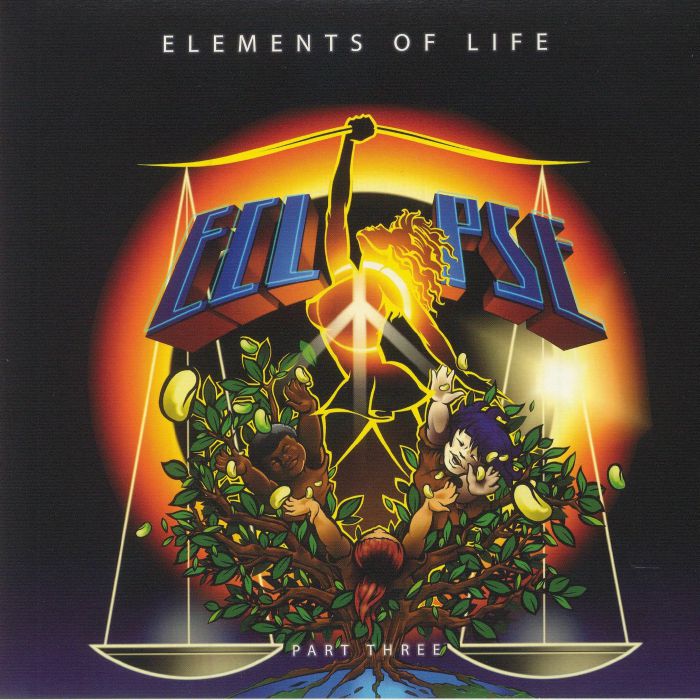 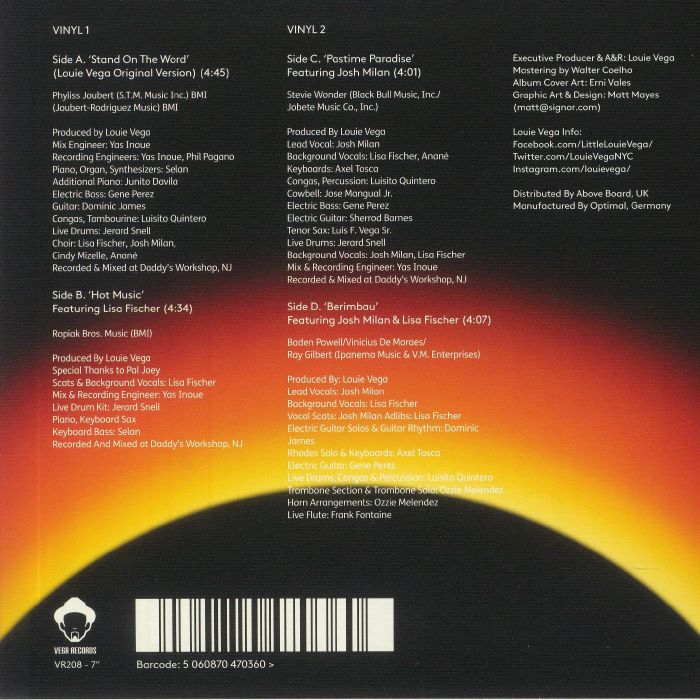 - NEW RELEASE
Sorry, this item is currently unavailable.
ARTIST:
Elements Of Life
TITLE:
[P3] Eclipse 2x7"
LABEL:
Vega Records
CATNO:
VR208
STYLE:
Soulful House / Jazzy Hip-Hop / Jazzy House / Deep House / Gospel /
FORMAT:
Vinyl record
DESCRIPTION:
2x7" Ltd Release OF Soulful & Jazzy Deep House & Gospel Grooves
Many vinyl enthusiasts come in many forms and there are collectors of 12”s, Albums and 7”s. We here at Vega Records and Above Board enjoy creating 45s that have a timeless appeal within the art and layout as well the music. For the Eclipse Elements Of Life project we enlisted New York City art Veteran Erni Vales who has worked with likes of David LaChappelle, Mariah Carey (Butterfly Project) and many more. The art reflects the music bringing forth songs about what’s needed today, a time of rapid change and growth internally and externally.

The 7” double pack consists of 4 tracks, one per side so you get the best in sound quality, every song is breathing and pulsating. “Stand On The Word”, a Paradise Garage, Zanzibar, Loft Classic has always been a favorite for the Elements Of Life Band, having performed it live in London at the Southbank Centre along with their guests The London House Music Choir. The studio recording stayed true to the original Joubert Singers version and brings gospel music in dance form to the forefront. “Hot Music”, with the blessing of house music veteran classic producer Pal Joey, Elements Of Life digs into the classic house / club sound of New York City with scats and backgrounds, a new touch to the track added by Grammy Award Winner, Lisa Fischer. “Pastime Paradise” the Steve Wonder classic is retouched by Elements Of Life with Josh Milan singing lead, and the music bringing forth the latin New York City groove, inspired by the recordings of the Greats Tito Puente, Charlie Palmieri, & Ray Barretto.

We hope you enjoy this timeless 7” vinyl double pack of classic remakes by Elements Of Life, play it loud and proud!!