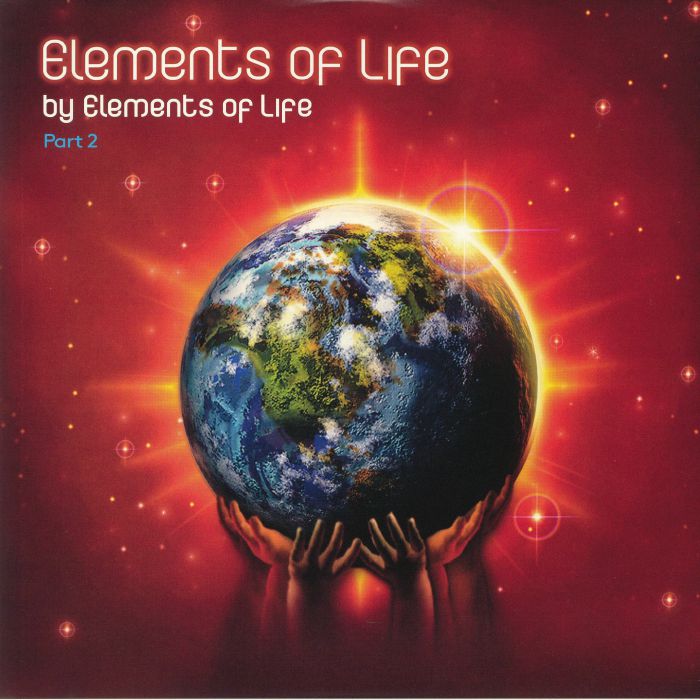 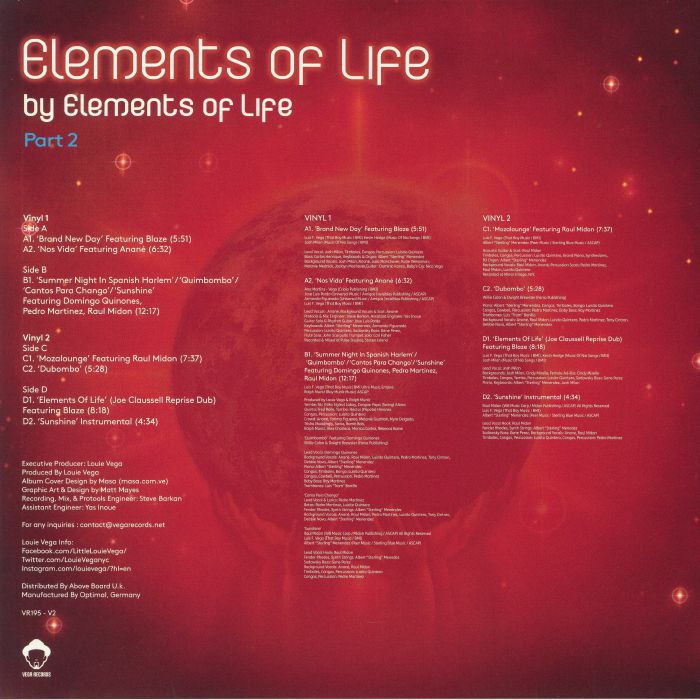 - NEW RELEASE
Sorry, this item is currently unavailable.
ARTIST:
Elements Of Life
TITLE:
[P2] Elements of Life (Part 2)
LABEL:
Vega Records
CATNO:
VR195
STYLE:
Deep House / Jazzy House /
FORMAT:
Vinyl record
DESCRIPTION:
7 Track EP Of Latin Drenched Deep House, with Jazz & Samba undertones - What happens when a house-music icon takes a talented group of musicians and mixes it with a savory blend of jazz, funk, dance, and soul music? You get a hearty serving of Elements Of Life. Elements Of Life Aka E.O.L., led by musical director and conductor Louie Vega, is a live-band project, which over its tenure has released three albums, won a Grammy award in 2006 for Best Remixed Recording, Non-Classical (Curtis Mayfield, “Superfly Louie Vega EOL Mix”), composed & performed the song “One Dream” for a globally-televised audience of 145 million viewers during the 2007 Superbowl pre-game show.

"I formed the band Elements Of Life to bring together a special group of musicians to create musical journeys in the studio and perform them live. The music inspired by groups and artists like War, Cymande, Stevie Wonder, Johnny Hammond, and Herbie Hancock’s Headhunters, but with the Vega Family E.O.L. twist and unique style. I want to take this band and perform in festivals and venues worldwide and bring you future grooves on recorded albums with a tinge of the musical landscape from our rich past, and yes there will be experimentation—get ready for it. You never know just who will show up to play in the finale!”

Elements Of Life by Elements Of Life Album was the first ever released full length back in 2003 and is now re-released in addition to several new and unreleased versions. Two double packs in two parts with 15 tracks will be at a store near you, enjoy the sounds of Elements Of Life.