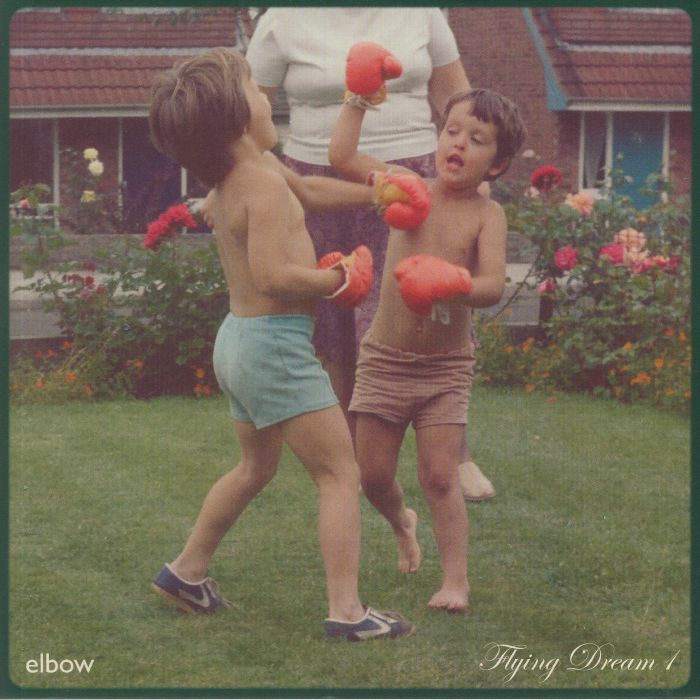 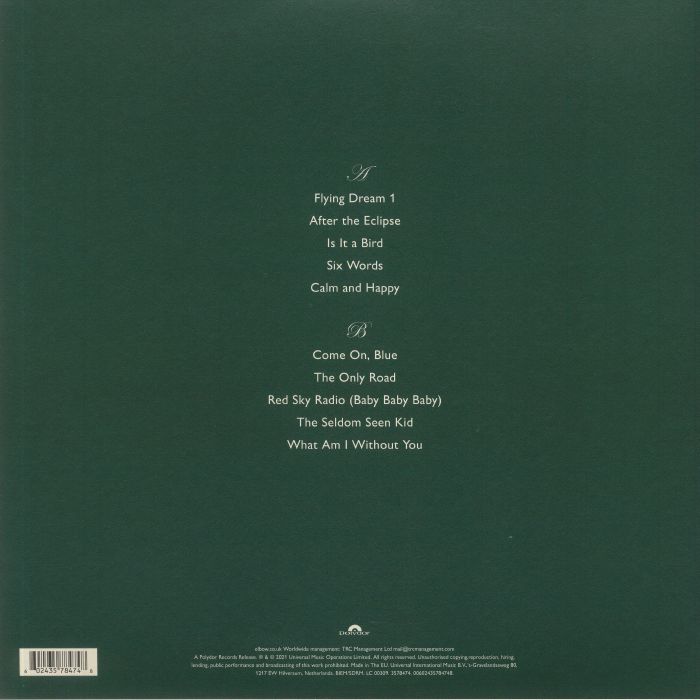 Like most bands I imagine, Elbow spent lockdown in isolation, writing and exchanging musical ideas remotely. These 'little love notes' as Guy calls them formed the basis of the LP and the band finally convened at the empty Brighton Theatre Royal to perfect, perform, and record the songs.

For the most part, it's an album about love and relationships, family and friends. Things that have been brought sharply into focus for many people over the last 18 months. And Guy's lyrics are as wonderful as ever: poetic, romantic, nostalgic but never cloying.

There are no big anthems here, instead we're treated to lush melodies and delicate instrumentation, twinkling keys, brushed drums and Guy's soothing tones, even the inclusion of clarinets, saxophones and backing vocals are done with subtlety and grace, adding depth without stepping too far out of the lulling mood. It's a wonderfully understated album that feels somehow fitting for these strange times. 40 odd minutes of calm, amidst the turmoil and anxiety of the world.

Elbow is an alternative rock band that got started in Bury, Greater Manchester, United Kingdom in 1990. Formed when its members were in sixth-form college, the group consists of Guy Garvey (vocals, guitar), Mark Potter (guitar, vocals), Pete Turner (bass), Craig Potter (keyboards) and Richard Jupp (drums). Over the band's twenty plus year career, it has released eight studio albums and four EPs while also having over five top 40 singles in the U.K. alone. The band is named after a line in the BBC TV mini-series 'The Singing Detective', in which a character says that the word "elbow" is the most sensuous word in the English language (not due to its definition per se but due to how it feels to say it). Though the group came about in 1990, intially going by names such as 'Soft' and 'Mr. Soft', it wasn't until 'The Noisebox EP' came out on 1 January 1998 that they had a real release. Elbow started out specializing in "chilled funk", but the guys changed the direction of their music after unanimously deciding that they were "shit." Their new songs picked up notice from both Island Records, but the band got dropped due to business shenanigans before anything actually came out post-singing. Elbow then released two critically acclaimed EP's on the independent Ugly Man Record label, starting with the aformentioned 'Noisebox EP'. Luckily, their work caught the attention of V2 Records. V2 released Elbow's debut album: "Asleep In The Back." The album was a surprisingly moderate success, gaining substantial critical acclaim and, ultimately, a nomination for the Mercury Music Prize in 2001. The single "Newborn" received attention after being banned by Radio 1 for the lyric, "I'll be the corpse in your bathtub." Word of mouth then began to work in Elbow's favor. Its 2003 album, "Cast Of Thousands," entered the UK Charts at #7 to critical acclaim. The lead single, "Fallen Angel," charted at #19. In 2004, Elbow became the first British band to ever play a concert in Havana during an unofficial Cuban tour. The tour was made into a short film by British documentary maker Irshad Ashraf. Elbow released its third album in 2005: "Leaders Of The Free World." Despite a continued lack of commercial notice, "Leaders Of The Free World" charted at #12, with its lead single, "Forget Myself" achieving #22 in the charts. That autumn, Elbow headlined the first of two sell-out tours. March 17, 2008, saw the release of Elbow's fourth album, entitled "The Seldom Seen Kid." Released through Fiction, it entered the UK album chart at #5, and went on to win the 2008 Mercury Music Award. "The Fix," features guest vocals and lead guitar by Richard Hawley. April 2009 saw the release of The Seldom Seen Kid Live At Abbey Road, recorded with The BBC Concert Orchestra and Chantage. This album, recorded in Studio One of the world famous Abbey Road Studios on Saturday, January 17, 2008, is a complete run-through of the Mercury winning album. It features the band, a 52-piece orchestra, and a 20-member choir. "Grounds for Divorce" was featured in VALVe Software game Left 4 Dead in 2008. The band's fifth album Build A Rocket Boys! was released in the UK on March 14, 2011. The First Steps Songfacts reports that Elbow was commissioned by the BBC to write a song for their coverage of the 2012 Olympics. The resulting tune is "First Steps". The full song lasts six and a half minutes, but it was written in such a way so that it could be divided into different minute or two long elements for use over both winning and losing footages. In July 2015, Elbow released the Lost Worker Bee EP, which was soon followed by Guy Garvey's first solo album 'Courting the Squall' (Oct 2015). Their seventh studio album, 'Little Fictions' was released on 3 February 2017, with Elbow's eighth studio album, 'Giants of All Sizes', released 2 years later on 11 October 2019. Website: http://elbow.co.uk/ Read more on Last.fm. User-contributed text is available under the Creative Commons By-SA License; additional terms may apply.
FREE SHIPPING ON ORDERS OVER £100 TO UK MAINLAND ONLY
See exclusions
View Cart