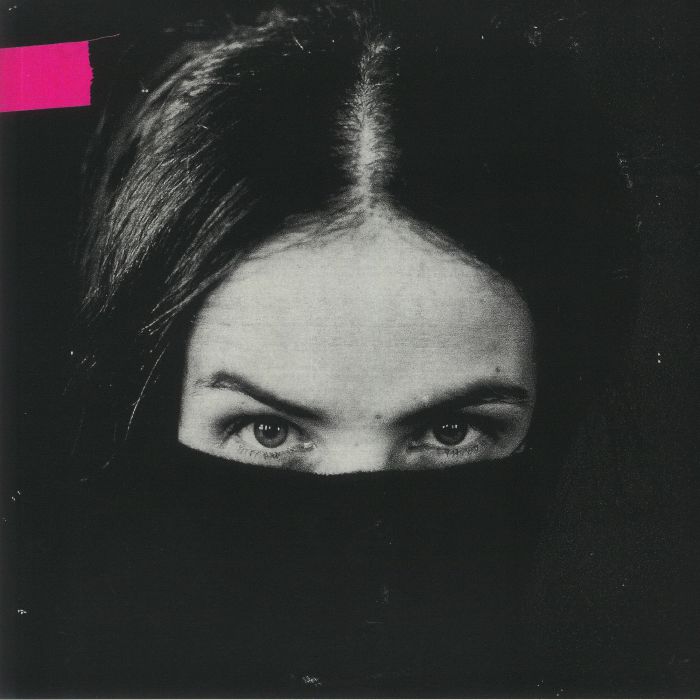 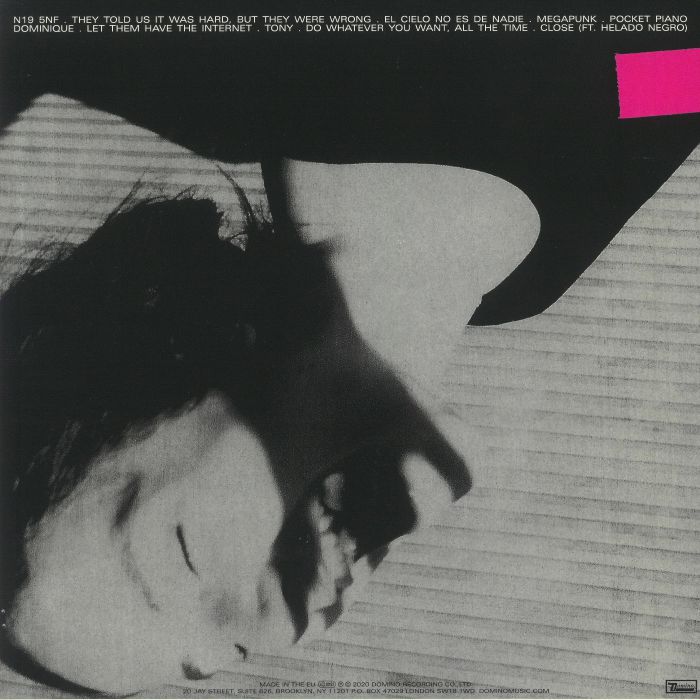 ELA MINUS - ACTS OF REBELLION

Performed, produced and recorded entirely by herself, acts of rebellion is a complex manifesto on simplicity, a call to fight, to live, to be present. It’s a collection about the personal as political and embracing the beauty of tiny acts of revolution in our everyday lives. This ethos is clear in the dreamy, pulsing new single/video, “el cielo no es de nadie,” “an ode to little, constant, every day acts of love” sung in Ela’s native Spanish.

Following “they told us it was hard, but they were wrong” and “megapunk,” “el cielo no es de nadie” defies the idea that one grandiose act means more than little ones. The video, co-directed by Ela and Pepi Ginsberg, presents striking images of Ela’s machines and her moving throughout the stage and hallways of a club. It gives a feel of Ela’s visceral, intimate world and urges finding a deeper connection to those around you. “‘el cielo no es de nadie’ is about all the love I see in small, everyday acts. It’s an invitation to appreciate unheroic, but constant and meaningful actions,” says Ela. “The song’s title, ‘el cielo no es de nadie,’ refers to the phrase ‘I’ll give you the sky,’ a common expression used in Spanish when in love. In the song, I defy it: 'you can't give me the sky' / it isn’t yours to give.”

Before forging her path as a solo electronic artist, Ela was a drummer in a teenage hardcore band. She joined the band when she was just 12, performing with them for almost a decade. Ela then moved to the United States to attend Berklee College of Music, where she double-majored in jazz drumming and synthesizer design. This roving background instilled in her a belief that we all have the power to change things, and as she delved deeper into her work with synthesizers, she saw a clear connection between the freedom of the DIY scene she grew up in and club culture. “I deeply identify with club culture, and want to make music to dance to,” she says. “I also want to make songs in the more traditional sense, with melodies, lyrics, and singing. I want to make songs that stay with people through the years.”

Using only hardware to perform, write and record, Ela creates complex, technical electronic music that exudes a warm vibrancy, along with a darker, almost celebratory understanding that our breaths aren’t infinite. Her sharp, coiled words are cathartic—due in part to her approach to writing them. “I always start writing by improvising alone,” she says. “Once I have some instrumentals I’m happy with, I intuitively grab the mic and sing a phrase with a melody in it. I always keep that initial phrase.” On acts of rebellion, you sense the stories hidden in everyday things. You feel Ela’s personality and viewpoint; you sense her presence. The cover features a photo of her, most of her face obscured, but her eyes sharply focused.

On acts of rebellion, she’s asking us to make contact not just with her, but also the people that inhabit our lives. She’s suggesting we leave our gadgets behind in favor of flesh-and-blood communities. She’s asking us to think, dance, and love, while she coaxes humanity from her hardware—machines that rattle and whirr alongside her and, in turn, make us feel more alive.

PLAY
CUE
MP3
a1
N19 5NF
a2
They Told Us It Was Hard, But They Were Wrong
a3
El Cielo No Es De Nadie
a4
Megapunk
a5
Pocket Piano
b1
Dominique
b2
Let Them Have The Internet
b3
Tony
b4
Do Whatever You Want, All The Time.
b5
Close (ft. Helado Negro)

Last FM Information on Ela Minus

Colombia’s Gabriela Jimeno (aka Ela Minus) is a producer who performs with a small but powerful arsenal of electronic equipment. Read more on Last.fm. User-contributed text is available under the Creative Commons By-SA License; additional terms may apply.
FREE SHIPPING ON ORDERS OVER £100 TO UK MAINLAND ONLY
See exclusions
View Cart