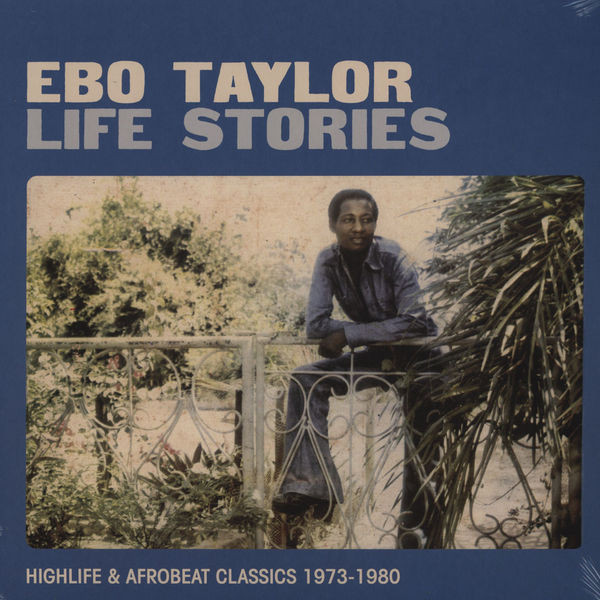 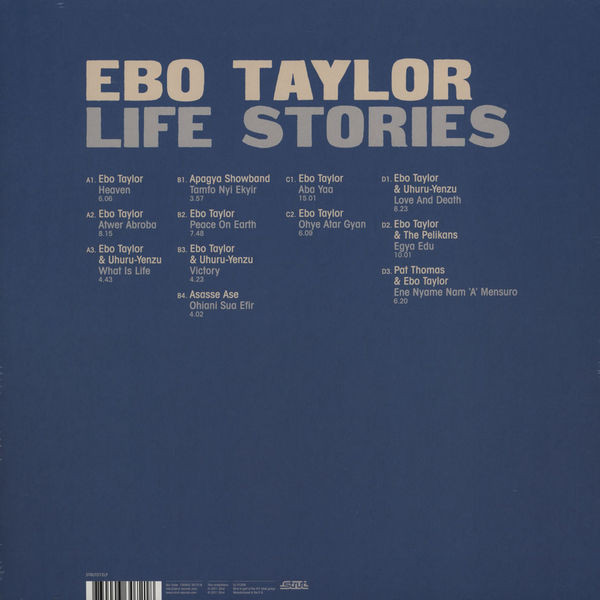 This comprehensive set from serial crate-diggers Strut revisits that fertile period, gathering together the best of Taylor's solo, collaborative and production work. For those with a passing interest in afrobeat and highlife, it's near-essential. Highlights come thick and fast, from the strangely spaced-out grooves of "Peace On Earth" and lazy afro jazz-funk of "Ohiana Sua Efir" to the epic American R&B stylings of "Aba Yaa"

The seminal Strut imprint issued Taylor's first transglobal offering, Love & Death in 2010: it was a smash in club circles internationally. Strut has gone one better with Life Stories: Highlife & Afrobeat Classics 1973-1980, compiling two discs of Taylor's solo work and that of bands he's led, taken part in, or produced.

Disc two focuses on side projects with a few solo tracks thrown in, including the original version of "Love and Death" that clocks in at near eight-and-a-half minutes. There two more excellent, funky tracks by the Apagya Show Band, and "Yes Indeed," a burning stepper by another of his short-lived outfits, Super Sounds Namba. Another highlight is a later production he did of Ghana's legendary C.K. Mann Big Band's "Etuei" (Taylor played in the band in the formative years of his career). The set is closed by the strange, tortured groove that haunts the dark and edgy “Egya Edu,” by Ebo Taylor & the Pelikans. Soundway's Miles Cleret's liner notes are characteristically exhaustive in research annotation and presentation. They provide not only a solid biographical portrait of Taylor, but a cultural one of his region and times, as well. The deluxe booklet in Life Stories: Highlife & Afrobeat Classics 1973-1980 includes loads of rare photos to boot, filling out the profile of a true world music legend. Fans of Love & Death will most certainly want this. We might now reasonably hope for proper reissues of Taylor's solo albums, as well.

Ebo Taylor (Cape Coast, Ghana, January 7, 1936) is a highlife guitarist, composer, arranger, bandleader, and producer. Ebo Taylor has been a vital figure on the Ghanaian music scene for over six decades. In the late '50s he was active in the influential highlife bands the Stargazers and the Broadway Dance Band, and in 1962 he took his own group, the Black Star Highlife Band, to London, which led to collaborations with Fela Kuti and other African musicians in Britain at the time. Returning to Ghana, he worked as a producer, crafting recordings for Pat Thomas, C.K. Mann, and others, as well as exploring his own projects, combining traditional Ghanaian material with Afro-beat, jazz, and funk rhythms to create his own recognizable sound in the '70s. Read more on Last.fm. User-contributed text is available under the Creative Commons By-SA License; additional terms may apply.
FREE SHIPPING ON ORDERS OVER £100 TO UK MAINLAND ONLY
See exclusions
View Cart