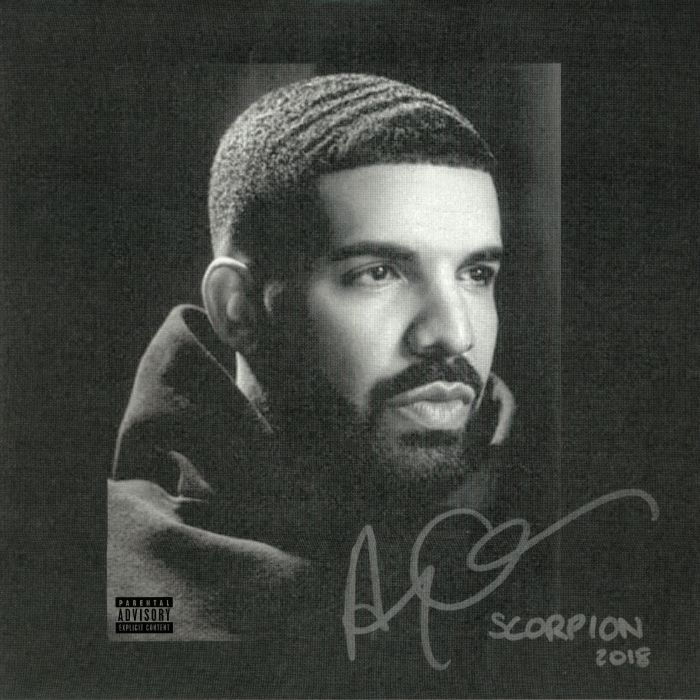 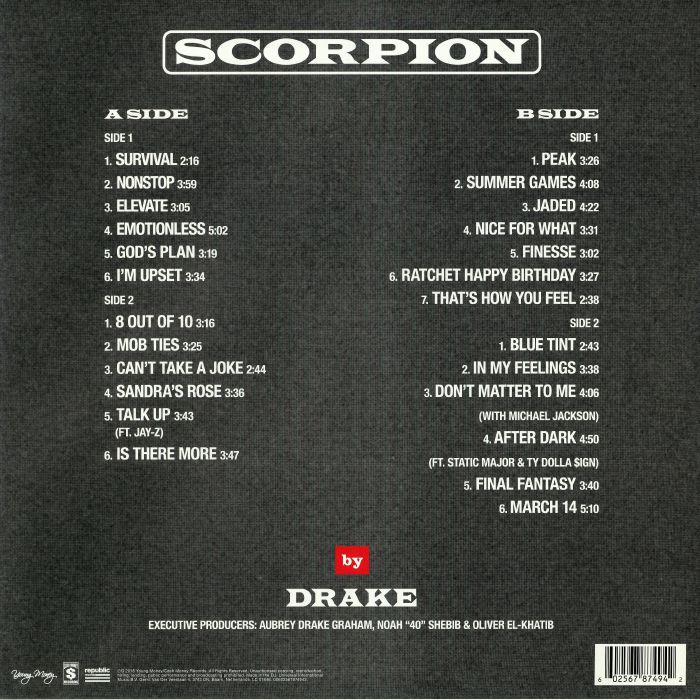 Is there anything more tiresome than being at a party, or at work, or anywhere really, and finding yourself cornered by someone who tells the same story over and over and there's no chance to escape? On his last two albums, and the many singles and songs that surrounded them, Drake skated dangerously close to being exactly that kind of joy-killing, endlessly tiresome boor. On 2018's Scorpion, the ice finally cracks and Drake plunges headfirst into the icy depths of boredom and despair as the 25 songs go back and forth over the same lyrical territory and the monochromatic trap beats drag along slowly behind. Drake runs through his greatest hits yet again -- he's the best rapper yet no one will admit it, he's been treated wrong by every woman he's ever been with, he's rich as hell, and life is tough when you're on top -- to decidedly diminished returns. This time around, there is the matter of Pusha T's diss track to be dealt with and the existence of his freshly uncovered paternity to talk about, but even those tracks are filtered through Drake's tired lens that only seems to come into focus when it's directed inward. As the tracks slog past, one wishes for a feature to break the monotony or a song with a different tempo to break the trap spell, but it's not until the 11th track that Jay-Z shows up to give Drake a run for his money in the boredom stakes, and not until the 16th track that "Nice for What" -- the one song that gives any sense of the old Drake who wrote the occasional fun pop song -- comes along to inject some bounce into the mopey proceedings. Of course, that song is followed by the slowest, bleakest track on the record, and nothing else -- not even "Don't Matter to Me," which features a ghostly Michael Jackson sample -- manages to raise blood pressures or get feet moving or keep eyelids from drooping. At this point in his career, maybe it's not fair to expect Drake to be writing pop songs or having fun, but it was the balance between downcast, introspective soul raps and less cloudy, almost happy-sounding pop songs that made his best albums work so well. Scorpion doesn't even come close to being one of his best; instead, it's a one-trick record stretched out into 25 endless tracks by an artist who's so deep into the self-obsessed, self-pitying rut he created for himself that he can't see daylight anymore. Anyone who follows him there should be prepared to spend the next hour-plus buried deep in the inner self-loving/loathing depths of Drake's mind, where nothing else, not politics or humankind or the people around him who have yet to diss him, exists. It's a bleak and tiring place to spend time, and one can only hope that Drake himself gets weary of it soon, too.