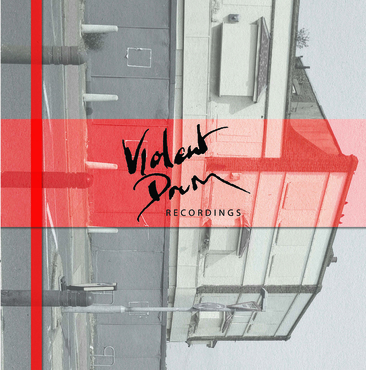 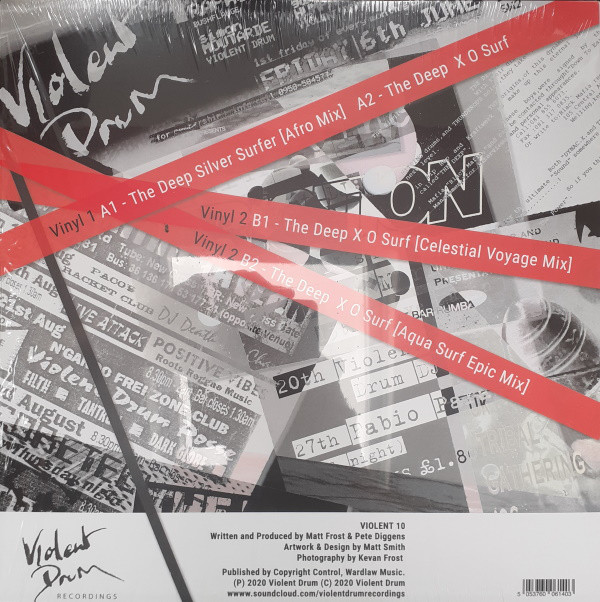 Frost and Diggens released a stream of vinyl on own imprint Violent Drum and finished when Matt and Pete were discovered by Andrew Weatherall at Sabresonic which led them to sign to Leftfield’s Hard Hands label in 1997 as Dark Globe.

Silver Surfer, X O Surf and the X O Surf Remixes were created over a series of weekends in ’93. When you listen to the record you can hear Frost and Diggens try to create the sound of waves amongst the beats, they were also influenced by tracks like Pink Floyd’s 20-minute epic Echoes.

Last FM Information on The Deep

There is more than one artist with this name: 1) The Deep was a short-lived American rock and roll band formed in Philadelphia, Pennsylvania, during the mid-1960s. Their style of rock and roll can be characterized as protopunk at times, while at others, their music delves into more psychedelic sounds. Their biggest claim to fame is probably that the title of their sole album, "The Psychedelic Moods of The Deep", is most likely the first time the word "psychedelic" was used in an album title. The Deep's Psychedelic Moods did not sell well, and the group did not tour to support it. They seem to have existed as a studio-only band, and, aside from sessions for their album, produced no other recordings under that name. Whatever the case, Rusty Evans left Cameo-Parkway to record a new album for the Columbia Records label in 1967. Ditching the name The Deep, this second album was credited to the band Freak Scene and entitled Psychedelic Psoul. The sound of this album is very similar to that of The Deep's album, and should be considered a follow-up in all but name. As its title suggests, Psychedelic Psoul is composed of psychedelic rock songs, and is very much a product of its times. Unfortunately, Freak Scene was doomed to the same fate as The Deep. They did not tour, and their album did not chart. The album has been rereleased by Sony BMG through Columbia Records on vinyl. 2) The Deep is a 5 piece Death Metal band hailing from Boise, Idaho. Members include Sean Taylor and Ben Torres on guitar, Shawn Priest on drums, Eric Playstead on bass, and Nick Brooks on vox. Formed in 2005, The Deep released their self-titled EP in August of 2007, and they are currently writing material for an upcoming EP, to be released fall of 2010.http://www.myspace.com/thedeepmusic 3) The Deep is the shared production moniker of Deep House duo Julien Jabre and DJ Deep. Read more on Last.fm. User-contributed text is available under the Creative Commons By-SA License; additional terms may apply.
FREE SHIPPING ON ORDERS OVER £100 TO UK MAINLAND ONLY
See exclusions
View Cart