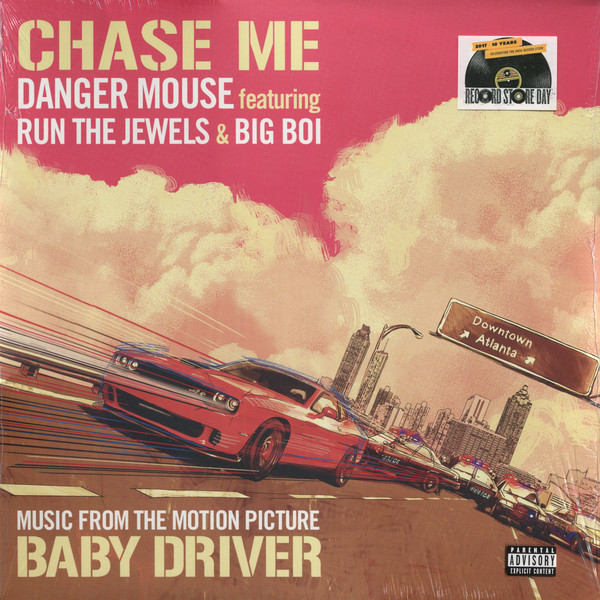 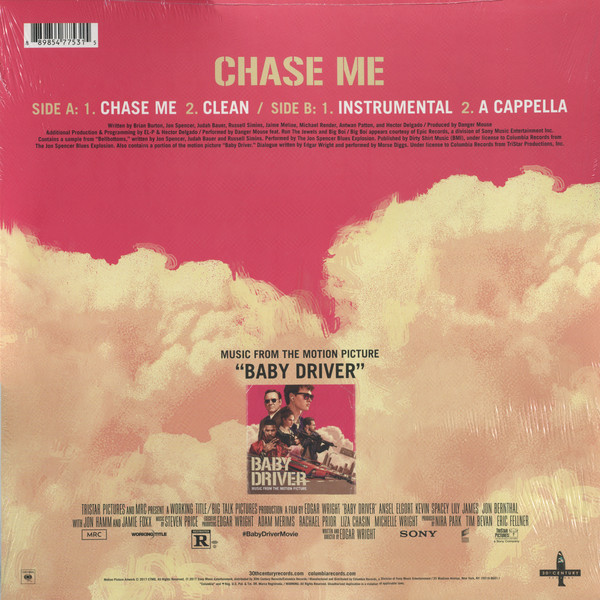 Brian Joseph Burton, better known by his stage name Danger Mouse, (born July 29, 1977 in White Plains, New York) is an American artist and producer. He came to prominence in 2004 when he released The Grey Album, which combined a cappellas from Jay-Z's The Black Album with instrumentals from the album The Beatles (also known as The White Album). He formed Gnarls Barkley with Cee Lo Green and produced their albums St. Elsewhere and The Odd Couple. He produced the second Gorillaz album, 2005's Demon Days, as well as The Black Keys' acclaimed Attack & Release and Beck's 2008 record, Modern Guilt. He has been nominated for a Grammy Award in the Producer of the Year category. In addition, Burton worked with rapper MF DOOM as DANGERDOOM, and released the albums The Mouse and the Mask and Occult Hymn. Danger Mouse and Sparklehorse present Dark Night of the Soul is his collaboration with Sparklehorse, David Lynch and a diverse cast of vocalists. Broken Bells (formed in 2009) is his collaboration with James Mercer of the shins. Read more on Last.fm. User-contributed text is available under the Creative Commons By-SA License; additional terms may apply.

Run the Jewels is an American hip-hop duo that consists of emcee/producer El-P and emcee Killer Mike. In 2012, El-P produced Killer Mike's critically acclaimed album R.A.P. Music. The following week, Killer Mike appeared on the track "Tougher Colder Killer", from El-P's album Cancer 4 Cure. Both won the acclaim of media and fans across the globe and led to 2012′s legendary, hugely successful “Into The Wild” tour. One year later, the duo return to satisfy fan demand, and their own creative urges, as Run The Jewels, cementing their musical alliance with a full album of uncompromisingly raw, forward thinking hip-hop. They released their self-titled debut album, Run the Jewels, on June 26 2013, via Fool's Gold Records to critical acclaim. Their follow-up record, Run the Jewels 2, was announced in August 2014. It was released through Mass Appeal Records, on October 24, 2014. They also announced the release of a traditional remix album of Run the Jewels 2, which will be released via Fool's Gold Records Records in 2015, and a remix album titled Meow the Jewels exclusively featuring "cat sounds" which will see guest production from Prince Paul, The Alchemist, Just Blaze, Dan the Automator, and others. Run the Jewels 3 was digitally released on December 24, 2016, three weeks prior to its previously announced release date of January 13, 2017. Physical release of the album appeared on January 13 in the United States and January 20 elsewhere. In June 2017, the track "Legend Has It" from Run the Jewels 3 was featured in the teaser trailer for Marvel's Black Panther during game four of the 2017 NBA Finals, and was viewed 89 million times in 24 hours. Multiple Run the Jewels tracks were also featured in the 2017 action film Baby Driver, which also featured a cameo by Killer Mike. In September 2017, Run the Jewels released "Mean Demeanor", a track created for the football video game FIFA 18. In March 2018, Adult Swim released a Run the Jewels/Rick and Morty crossover music video for "Oh Mama". The music was a remix of "Oh Mama" from Run the Jewels 3 accompanied by sound effects from a Rick and Morty short. The effort was directed by Juan Meza-León, and was released prior to Run the Jewels headlining the 2018 Adult Swim Festival on October 7, 2018. On December 12, 2019, the single "Legend Has It" was certified gold by the Recording Industry Association of America. Run The Jewel's 4th studio album, RTJ4, was released on June 3, 2 days earlier than the pre-determined release date, following the wave of protests about the death of George Floyd in the hands of police brutality. RTJ4 was met with widespread critical acclaim. At Metacritic, which assigns a normalized rating out of 100 to reviews from professional publications, the album received an average score of 89, based on 26 reviews. Aggregator AnyDecentMusic? gave it 8.8 out of 10, based on their assessment of the critical consensus. Read more on Last.fm. User-contributed text is available under the Creative Commons By-SA License; additional terms may apply.

Antwan André Patton (born February 1, 1975 in Savannah, Georgia), better known by his stage name Big Boi, is an American Grammy Award winning rapper, producer, actor and half of the critically and commercially successful hip hop duo OutKast. Big Boi met André 3000 while attending high school in the 1980s and the two eventually joined forces as OutKast and signed with LaFace Records. After six successful albums as a duo they both decided to work on solo projects, and Big Boi's debut solo album Sir Lucious Left Foot: The Son of Chico Dusty was released July 6, 2010 and his second solo album, Vicious Lies and Dangerous Rumors, was released on November 13, 2012. The Mama Told Me Songfacts reports that his sophomore set's title is a dedication of sorts to his recently deceased grandmother. He can be identified by his rapid delivery and intricate rhymes, a style which has become more distinct since the album ATLiens. In addition to his OutKast and Dungeon Family work, Big Boi has featured in other artists' songs. His most notable guest appearances were on the 1999 Missy Elliott hit, "All N My Grill," the Youngbloodz' "85 South," and Trick Daddy's 2001 single "In Da Wind." After four increasingly successful albums as a duo since 1991, André 3000 decided to make a solo album as a side project. Big Boi also produced a solo effort, and the two albums were packaged together as Speakerboxxx/The Love Below in 2003. Big Boi's single from the album, The Way You Move featuring Sleepy Brown, was originally supported by urban radio then crossed over to pop charts. When "The Way You Move" supplanted Hey Ya! as the #1 song on the US pop charts, OutKast achieved the rare honor of a group replacing itself at the top of the charts. The second single from Big Boi's side of the album was Ghetto Musick, which featured André 3000 and a sample from Patti LaBelle's Love, Need & Want You. Def Jam Records has announced "Sir Lucious Left Foot: the Son of Chico Dusty," a Big Boi solo effort will be released in the summer of 2010. He released a mixtape/compilation album, "Got Purp? Vol 2," in conjunction with the Purple Ribbon All-Stars in November 2005 on Purple Ribbon Records. The first single from the album was "Kryptonite", which cracked the Billboard Hot 100 and was a hit on hip hop radio. Big Boi is married to Sherlita Patton, with whom he has two children: a daughter, Jordan, and a son , Bamboo. His oldest son, Antwan Jr., is from a prior relationship. Numerous references to the Patton family are present in Big Boi's rhymes. His younger brother James raps under the name Lil' Brotha, and is a member of hip hop group Konkrete. Big Boi and André 3000 star in "Idlewild," a film about music in the Depression-era South. It was released in August 2006. Big Boi also appeared in season 3 of Nick Cannon's "Wildin' Out," as well as guest starring and appearing as a musical guest on "Chappelle's Show." Besides "Idlewild" he has appeared in T.I.'s movie, "ATL," and starred in "Who's Your Caddy?" Read more on Last.fm. User-contributed text is available under the Creative Commons By-SA License; additional terms may apply.
FREE SHIPPING ON ORDERS OVER £100 TO UK MAINLAND ONLY
See exclusions
View Cart