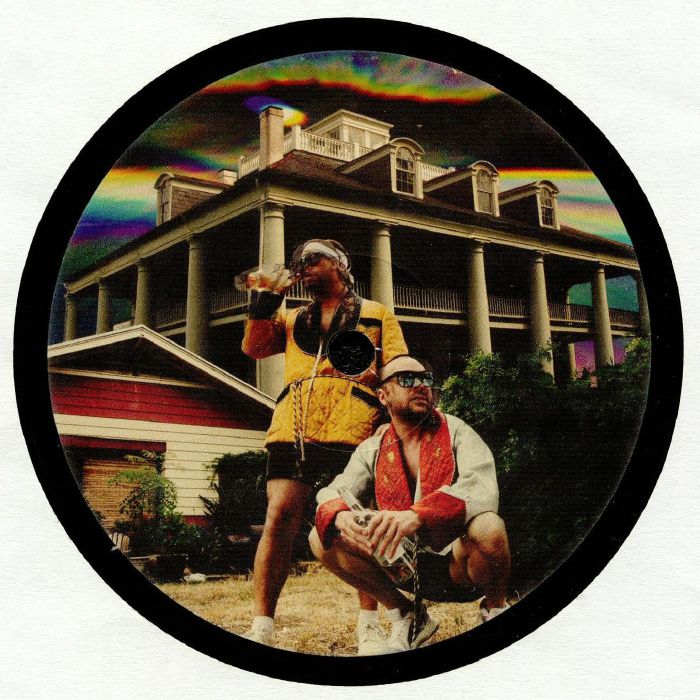 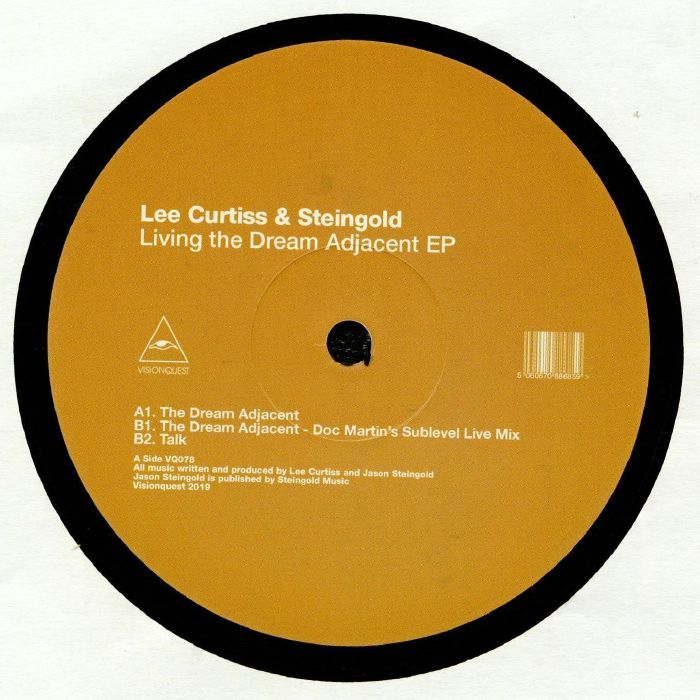 - NEW RELEASE
Sorry, this item is currently unavailable.
ARTIST:
Curtiss, Lee / Steingold
TITLE:
Living the Dream Adjacent EP
LABEL:
Visionquest
CATNO:
VQ078
STYLE:
Tech / Tech /
FORMAT:
Vinyl record
DESCRIPTION:
Tech House FEat Doc MArtin Remix - Lee Curtiss has been in the game since your mother bought her first techno record. An undeniable fixture of the scene, with a vast career that has brought him from Detroit to Berlin to LA, Curtiss has played the best festivals and clubs the world over and released on countless top labels such as Spectral, Get Physical, Wolf + Lamb, Classic Music Company and of course the label he co-runs, Visionquest. As part of that all-star crew he has released classic remixes for Tracey Thorn, David Lynch and the epic "Good Voodoo" by Kiki. Steingold grew up in Detroit listening to The Wizard, Jeff Mills on the radio and began honing his dj skills at Detroit fixtures like Alvin's, The Shelter and Motor. He moved to LA in the early 2000's, and formed Hard & Soul, during which he connected with Peanut Butter Wolf and toured with Common and Lupe Fiasco. Hard & Soul remixed Mayer Hawthorn's Tuxedo project for Stones Throw and Steingold went on to work with SPNCR and Curtiss thereafter, resulting in releases on Repopulate Mars and Soul Clap Records respectively. He currently tours all over the world with Mike D of The Beastie Boys, playing festivals ranging from Boston Calling to Primavera Festival in Barcelona.

The duo start off the EP with "Dream Adjacent", which pops right in with snappy, sexy percussion and that lovely Roland descending airplane sound. The future 80's type sound is foreshadowed by a synth that sounds like it jumped out a certain old video game involving two cave men. When the synth comes back in full time it's perfectly complimented by a fat bassline and a dashing arpeggiated figure that dances around the spectrum. Add some synth strings to the mix and you've got a jam!

Next up, full on legend Doc Martin turns in a remix of "Dream Adjacent". Staying true to the core base of the song, Martin jacks up the percussion, adding swirls, beeps, acid arps, a string pad and a sultry vocal that feeds into the breakdown.

The EP finishes with "Talk", a bumpin' jam with a nasty bassline and a reverb and delay drenched vocal. There's plenty of space in the track, and that perfectly allows one to sop up as much of that bassline as you can get. Some reversed hats slide back and forth amongst the crispy forward pattern. A subtle, reverbed saw bass pops around the back half of the track, giving just the right amount of lift when it coincides with whooshing noise. It's a standout EP that rightly brings that future funk we all love so much.

A Western Michigan native and long-time Detroit resident, Lee Curtiss has been forging his uniquely backwoods, yet avant-garde and primal brand of deep and twisted dance music since the late 1990’s. A constantly changing and ever-eager student to his craft, Lee’s finger has been pressed upon, if not thrust into, the throbbing aorta of underground dance music for quite some time – even if his production skills and amazing live PA have only recently begun to garner the attention of techno and house music’s elite. Growing up between the two poles of Chicago and Detroit organized Lee’s approach to production and DJing squarely between the grooving, deep house sounds of artists like Derrick Carter, and the life changing work of techno producers such as Ricardo Villalobos, Zip (aka Dimbiman), Matthew Dear, Peter Ford and Richie Hawtin. Over the past year Lee has begun to tour extensively in America and Europe with his music’s dark, sexy, and uncompromising singularity have earned him coveted performance slots at the 2007 DEMF and Mutek festivals, his move to Berlin has set a level of commitment to touring, producing and DJing. Curtiss was recently named by Matthew Dear as one of they key figures of emerging talent in URB magazine’s next 100 and is present on mixes and charts of the top DJs in electronic music. Read more on Last.fm. User-contributed text is available under the Creative Commons By-SA License; additional terms may apply.
FREE SHIPPING ON ORDERS OVER £100 TO UK MAINLAND ONLY
See exclusions
View Cart