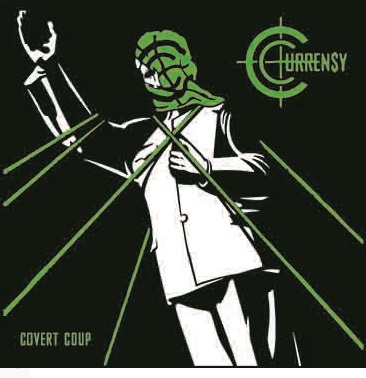 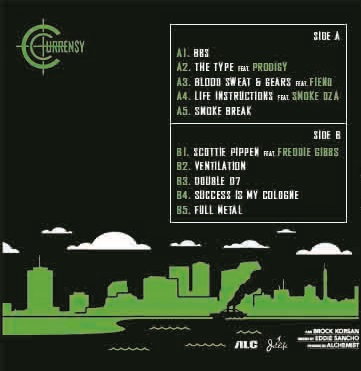 - NEW RELEASE
Sorry, this item is currently unavailable.
ARTIST:
CURREN$Y / Alchemist
TITLE:
COVERT COUP
LABEL:
AAA Recordings
CATNO:
COVERT58743
STYLE:
Hip Hop /
FORMAT:
Vinyl record
DESCRIPTION:
Hip Hop From New Orleans, Louisiana. Covert Coup is the collaboration studio album by rapper Curren$y and producer The Alchemist. The album featured guest appearances from rappers Prodigy of Mobb Deep, Freddie Gibbs, Smoke DZA and Fiend and contains 10 songs. Covert Coup was created as a retail EP. Later, the artists decided to release it as a free digital album. It was still treated as a mixtape, however, since it was given away for free. On April 7, 2011, the first single from Covert Coup titled "Ventilation" was leaked onto the internet. "Full Metal" was leaked on April 12. On April 15, the third single entitled "Scottie Pippen" featuring Freddie Gibbs, was leaked. The album was released by Curren$y on April 20, 2011 via his Twitter.

There are several artists with the name 'Alchemist': 1) A progressive death metal band from Canberra, Australia 2) Russian breakbeat musician 3) Black Metal band from Portugal. 4) Thrash Metal band from Philadelphia, Pennsylvania 5) Incorrect tag for rapper and producer The Alchemist 1)Alchemist is a progressive death metal band from Canberra, Australia. The band was formed in 1987 by Adam Agius (lead vocals/guitar), eventually teaming up with the present line up of Roy Torkington (guitar), Rodney Holder (drums/percussion) and John Bray (bass) which has been together since 1992. Since 2003, Alchemist has also featured a fifth member in Nick Wall, who provides samples for live shows. The band announced in June 2005 that they were releasing a compilation album entitled Embryonics; this was released in late October. It covers material released between 1993 to 1998, including material from the first three albums, the 1998 EP release and demo material. Bonus tracks include two songs recorded live on the radio in 1996. The band is also working on a DVD, which will be released in 2006. The band is also responsible for organizing Australia's largest heavy metal music festival Metal For The Brain held every year in Canberra . They are the only band to have played at every one held since its inception in 1991. 2006 marked the final Metal For The Brain event. 2) Alchemist is also Nikolai Krinitski a Russian born musician. Has dedicated himself to music for the last seventeen years. His main education involved cello and later piano at the Moscow Conservatoire. Also in RCM (Royal College of Music) composition and orchestration and arrangement. In early 2003 Nikolai became interested in synthesis and music production. Three years and 160 tracks later he has found his 'home straight', concentrating mostly on IDM and Breakbeat. Being of a 'classical' background Nikolai puts big emphasis on the melodic line and structure of the piece. Rhythm is a big feature in every track, being erratic, broken and with the use of unconventional drum-programming and sound quality. That creates very special auras all the way throughout the piece. Nikolai has 3 projects; one under his own moniker Nikolai Krinitski, secondly, as Aphrodite and lastly as Alchemist (his latest incarnation). Nikolai has been signed to WLM since 2006 3) Formed in 2008. Released "Flesh to be Broken" EP in 2012. 4) Alchemist is less commonly known as a Thrash Metal band from the suburbs of Philadelphia, Pennsylvania. 5) Alchemist is an incorrect tag for rapper and producer The Alchemist . Read more on Last.fm. User-contributed text is available under the Creative Commons By-SA License; additional terms may apply.
FREE SHIPPING ON ORDERS OVER £100 TO UK MAINLAND ONLY
See exclusions
View Cart