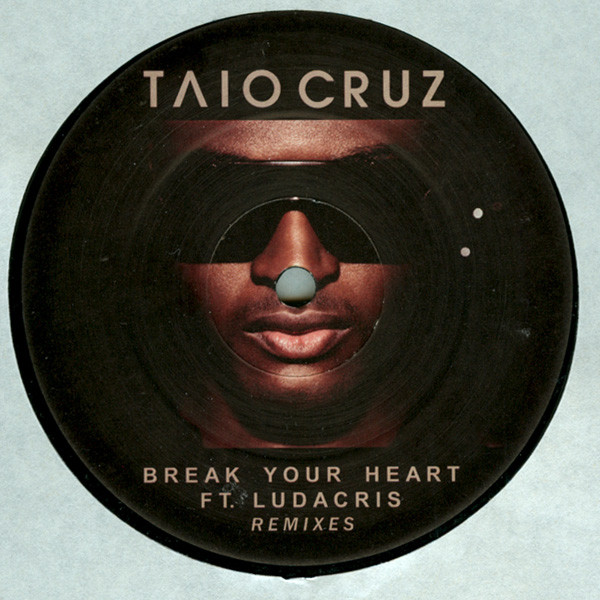 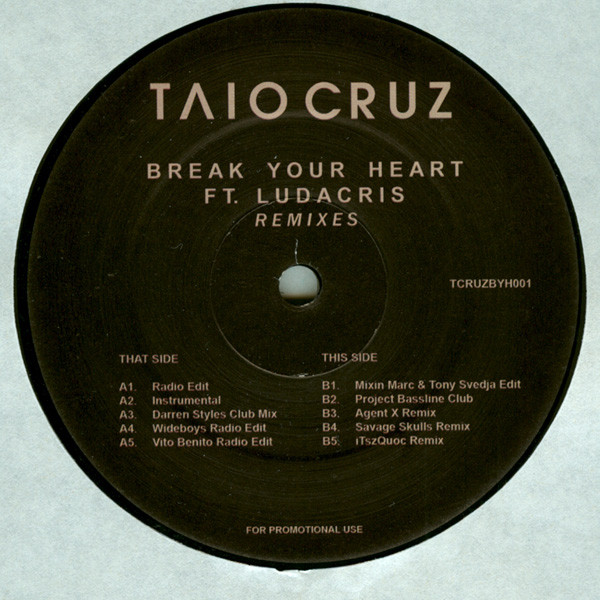 Taio Cruz (pronounced Tie-oh Cruise) (born 23 April 1980 as Adetayo Ayowale Onile-Ere) is a Brit Award winning and MOBO-nominated English singer-songwriter, occasional rapper, and music producer. In 2008 he released his debut album Departure which he arranged and produced himself. In October 2009, he released his follow up album Rokstarr which includes his number one single "Break Your Heart". In between the two albums and at present, Cruz has been working on productions and writing songs for Cheryl Cole, Brandy and the Sugababes. He is the founder and C.E.O. of Rokstarr Music London, which in 2006 released his debut single "I Just Wanna Know". Also in 2006, he signed a joint-venture partnership deal with Music Companies, Republic Records and Island Records. In the UK, Cruz has worked with many artists including Omar, Nitin Sawhney, Wookie, and Will Young. Following the success of his own singles, record label chief Simon Cowell approached Cruz to write and produce tracks for Alexandra Burke, Leona Lewis and Shayne Ward. At the 2008 MOBO Awards he was nominated for best single for the song "She's Like a Star" and performed the single alongside the Sugababes who feature on the official remix of the song. In April 2010 Taio Cruz performed a live music session for London's Big Top 40 with presenters Rich and Kat. An audience of influential UK bloggers were present in the Big Top 40 studios, during an intimate, live acoustic performance. The artist was interviewed by Rich and Kat and he also performed three songs from his second album, Rokstarr, including Dirty Picture and Break Your Heart. During his interview Taio Cruz told Rich and Kat that Michael Jackson would be his dream collaborator as well as Beyoncé and Justin Timberlake. He also spoke fondly of his experiences working with fellow artists Britney Spears , Shayne Ward and The Pussycat Dolls. As a multi-talented artist Taio Cruz said he wouldn't be able to decide on a preference between his role as a producer, singer or songwriter and said that he loves being involved in all three. The interview can be viewed here and the acoustic performance was filmed and streamed on the Big Top 40 website. On February 23, 2010 Taio Cruz first single Break Your heart off the album Rokstarr hits #1 on USA iTunes charts on the first day it is released and stays at #1 for 3 weeks in a row. On June 1, 2010 Taio Cruz Rokstarr releases in the United States Taio Cruz released Hangover, the first single from his third album TY.O. Yhe Hangover Songfacts reports that the song features US rapper Flo Rida and it was produced by American producer Dr. Luke. Read more on Last.fm. User-contributed text is available under the Creative Commons By-SA License; additional terms may apply.

OTHER RELEASES ON AAA RECORDINGS OR BY CRUZ, TAIO / LUDACRIS:

We have many other items in stock by Cruz, Taio / Ludacris and on the label AAA Recordings.