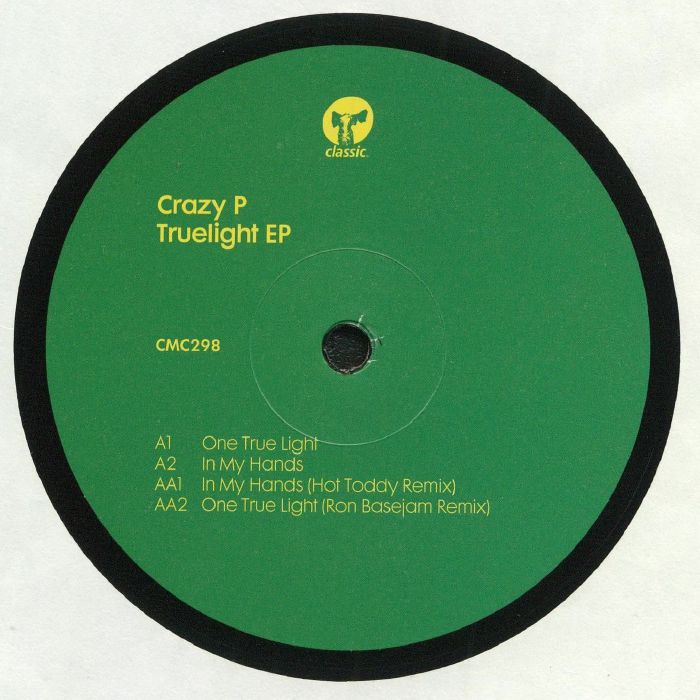 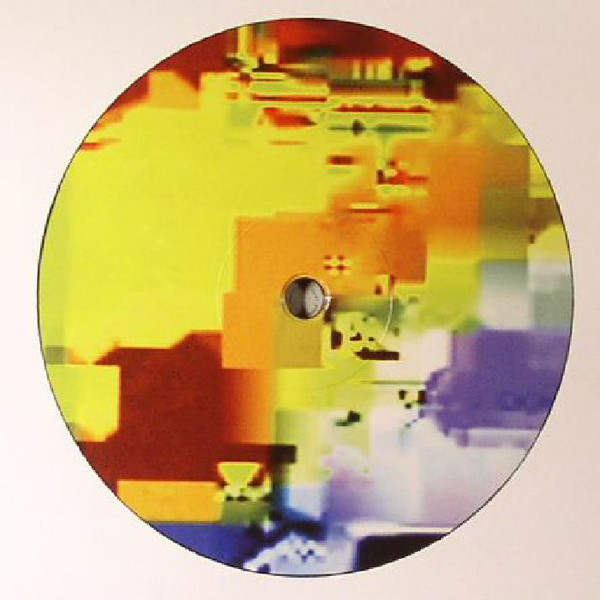 - NEW RELEASE
Sorry, this item is currently unavailable.
ARTIST:
Crazy P
TITLE:
Truelight EP
LABEL:
Classic
CATNO:
CMC298
STYLE:
Deep House / Nu-Disco /
FORMAT:
Vinyl record
DESCRIPTION:
Vocal House & Nu Disco - Feat Hot Toddy & Ron Basejam Remixes - After seven albums and almost two decades of blessing us discerning musical folk with the very best in disco and house that the UK has to offer, the stars have aligned and Crazy P has collided with Classic in the outer hemispheres of sonic glory. 'Truelight EP' demonstrates fully the unique and superior disco/house hybrid sound that has carved Crazy P's legend into the bedrock of both those beloved genres.
'One True Light' provides cosmic clusters of subtle beats that sparkle and shimmer, with plenty of that well-versed groove that seems so effortless to the Crazy P crew. 'In My Hands' follows some darker twists with a haunting crunching bassline and organ stabs.

Topping it all off are remixes of both tracks, one by Crazy P member Hot Toddy aka Chris Todd, drawing on that memorable snaking bottom line and amping up the production with echoes of Donna Summer seduction. Keeping it firmly within the camp, co-founder Ron Basejam remixes 'One True Light', taking the tempo down to create lush, psychedelic soundscapes. There's no doubt, Crazy P are stronger and more relevant than ever.

Crazy P (formerly known as Crazy Penis) have been leaving their mark on the landscape of British dance music for the last 15 years. Formed in 1995 by Chris Todd and Jim Baron, it was the era of Ataris, Akais and bedroom studios and, through their love of bending and reshaping old records from many different genres, a production partnership was born in the backstreets of Nottingham. After a couple of releases under various different monikers, the work attracted the ears of deep house label Paper Recordings based in Manchester and Crazy P was born. Their first four albums ‘A Nice Hot Bath With’ (1999), ‘The Wicked Is Music’ (2002), and ’24 Psychedelic Freakout’ (2003), and ‘A Night On Earth’ (2004), coupled with the addition of live band members Tim Davies, Matt Klose, and the vocals of the inimitable Danielle Moore saw Crazy P gain acclaim, record sales, DJ gigs, and most pertinently, live shows, across the world. Equally at home on huge outdoor festival stages in Australia or basement sweatboxes in East London, Crazy P have made their name with a unerring combination of lushly structured songs and live power, whilst never forgetting their roots on the dance floors of the late 90s’ house, disco, and soul clubs. 2008 saw Crazy P sign with 2020 Vision – a natural fit for the band with their their roots in early house and techno. Stop Space Return (2008) was the first fruit of this new label hook up, with the album’s title track becoming something of an anthem for both DJs and as part of the band’s live show. Preceding the return to fashion for disco and boogie by about two years, ‘Stop Space Return’ showed a new breed of producers that Crazy P were right on top of their game – with the ‘new school’ of Artists like Jamie Jones, Wolf and Lamb, Reboot, and KiNK on the phone for remixes, alongside pop acts such as VV Brown, Empire of the Sun, and Sam Sparro. 2011 saw them releasing ‘Crazy P presents MTS Vol.1’ a two track EP influenced by their increasingly busy DJ and Soundsystem show schedule whilst they finished off their sixth album When We On. Read more on Last.fm. User-contributed text is available under the Creative Commons By-SA License; additional terms may apply.
FREE SHIPPING ON ORDERS OVER £100 TO UK MAINLAND ONLY
See exclusions
View Cart