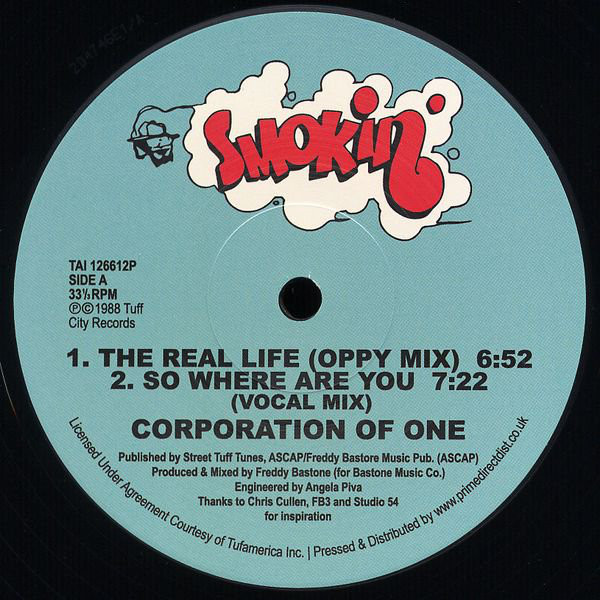 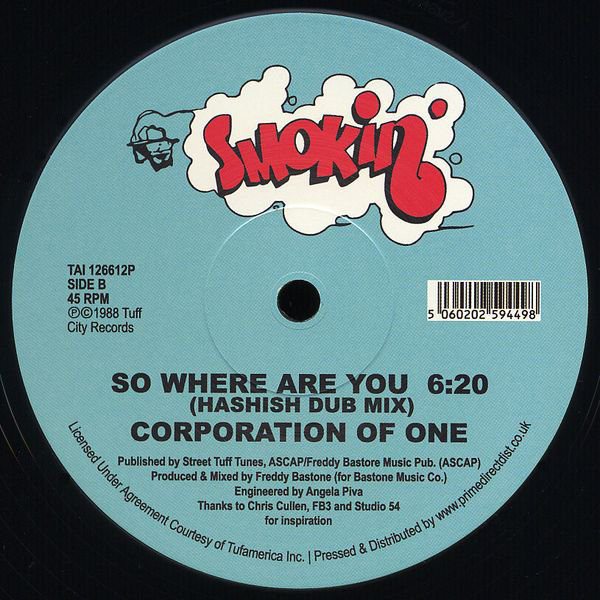 CORPORATION OF ONE - SO WHERE ARE YOU / THE REAL LIFE

- NEW RELEASE
Sorry, this item is currently unavailable.
ARTIST:
Corporation Of One
TITLE:
So Where Are You / The Real Life
LABEL:
SMOKIN
CATNO:
TAI126612P
STYLE:
House / Techno House / Techno House / House /
FORMAT:
Vinyl record
DESCRIPTION:
Classic House Re-issue For RSD 2020 - 30 year anniversary release of this rare, collectable housey / garage crossover gem 'So Where Are You' harnessing the raw vocal power of Kevin Williams over a tough house rhythm and even throwing in a slice of Manuel Göttsching for good measure. Both the Hashish Dub and Vocal Mix are included on this release.

The flip side houses the Oppy Mix of the Queen, Simple Minds, Prince and Scarface sampling rave classic 'The Real Life'. Second-hand copies sell for an average of £50 with very few cropping up on the market so this official remastered reissue will be a welcome sight to many. 12 inch vinyl with replica artwork.

Last FM Information on Corporation Of One

Corporation of One is producer/DJ Freddy Bastone. Freddy Bastone (born 1963) is a DJ and producer from The Bronx, New York Most known for performing at Danceteria in Britland, alongside his partner Mark Kamins (who is credited for discovering Madonna). He was known for his mix of Dance, Electronica, Punk, and other genres in his set. He quickly became a famed DJ and began mixing and producing for different record labels. He remixed songs for artists such as Queen (Freddy Remixed the '1991 Bonus track "Seven Seas of Rhye" on the album Queen II), Brandy, Judas Priest, Lil' Kim, Missy Elliott ("Pass That Dutch" from her fifth album, This Is Not a Test! (released November 2003), Radiohead, Rod Stewart, and Taxi Dolls. His number 1 singles include work with artists such as Will to Power, Nu Shooz, Jennifer Lopez (Lopez earned a Grammy Award nomination in the "Best Dance Recording" category in 2001), and Jamiroquai. He has also had a hit single in UK as an artist, when he was known as Corporation of One. Bastone worked with Jefferey Bernstein, in a partnership known as Bastone and Burnz, producing dance mixes for the likes of Justin Timberlake, Hall and Oates, and J.Lo, as well as creating their only album titled Bad Behavior. Currently Freddy Bastone is working with artist and producer Mark Henry in the duo production called Hankstone. Freddy is also an actor with credits on such television series as The Sopranos and Law & Order. Read more on Last.fm. User-contributed text is available under the Creative Commons By-SA License; additional terms may apply.
FREE SHIPPING ON ORDERS OVER £100 TO UK MAINLAND ONLY
See exclusions
View Cart