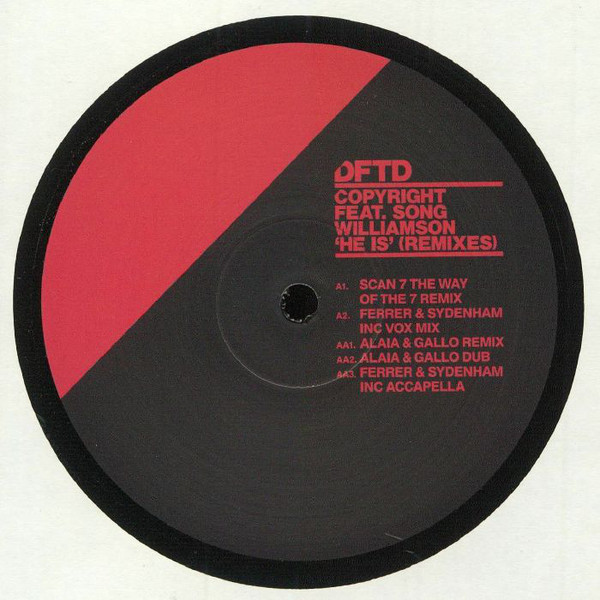 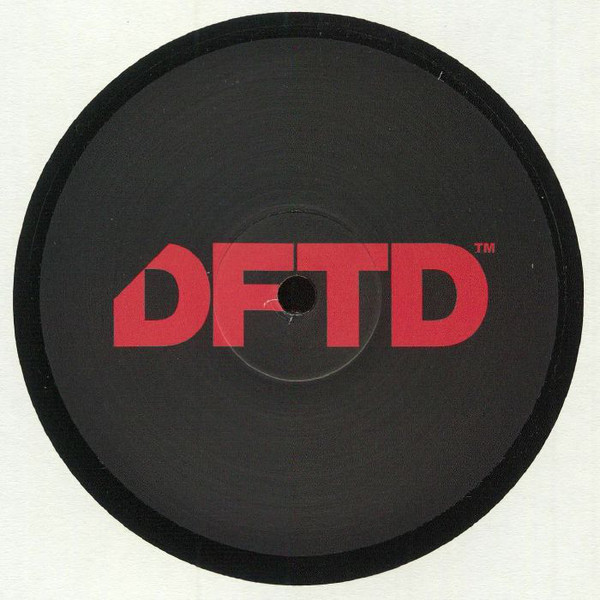 COPYRIGHT - HE IS (REMIXES)

The record, which saw the duo return to the US Garage sound that propelled them into clubber’s consciousness at the dawn of the millennium, features a praising vocal from Song Williamson, with charged up keys and rounded groove that gave it its euphoric quality. Now, 14 years after it was first released, DFTD delivers a special 12” remix package, featuring two brand new mixes as well as a classic. Opening the A-Side mysterious Detroit collective Scan 7 supply their uplifting mix, as a pumping bassline and funk-laden instrumentals provide a joyous backdrop to Song Williamson’s rejoicing vocal. Ferrer & Sydenham’s 2006 remix of the track follows, an anthem in its own right. On the flip, Italian powerhouse duo Alaia & Gallo deliver their mix, building on the exhilarating qualities of the original with surging kicks and a punchy beat. The B-Side is closed out with two essential DJ tools; Alaia & Gallo’s thundering Dub and then Ferrer & Sydenham Inc Accapella.

There are, at least, four artists using this name. 1) London, UK based DJ/production duo Sam Holt & Gavin Mills endeavour to make soulful house with a global vibe. They are soon to release of their debut album - Voices and Visions. A collection of soulful house, classic song-writing, with latin / afrobeat / disco / funk / tech influences, with guest singers. ‘Voices and Vision’s’ is set propel Copyright into the super league of global house players. Having their first proper release on the hugely influential US label Soulfuric back in 2000, the boys proceeded to put out a slew of quality tracks on that and several other labels (including their own imprint, Copyright Recordings) in the early noughties. Tracks like ‘Good For You’ feat Angie Brown, ‘Bulo’ with longtime friend and percussion collaborator Shovel and ‘Release Yourself’ set the pace, while their move to Defected in 2005 saw them jump up a gear with tracks like ‘He Is’, ‘Bring Me Love’ and ‘I Pray’. The international recognition they received from these releases culminated in Defected boss Simon Dunmore asking Copyright to mix the 2007 ‘Miami In The House’ compilation. Distilling the Copyright sound while showcasing their mixing prowess and nose for what makes a great party, it went on to sell more than 30, 000 copies globally. Which begs the question, with so much success, how come it’s taken them so long to finally deliver their debut long player? “I think we wanted to wait until the time was completely right,” says Gavin. “We were quite happy developing our sound, gaining production experience and honing our DJing. Then out of the blue Simon said ‘you guys should do an album. Why don’t you give us three maybe four new tracks, we’ll put it together with some of the stuff we’ve released before.’ It evolved and we’ve ended up with about eight new tracks.” And it’s been more than worth the wait. Sublimely blending their trademark soulful sound with a host of other influences, the album is a reflection of their varied and universally-appealing DJ sets. “There are tracky parts, classic song writing, percussive stuff, deep elements and even some hip house!” enthuses Sam. The hip house comment refers to the inclusion of original acid and hip house pioneer K.C. Flightt, alongside new school rapping sensations Mr V and Miss Patty and old school don, the inimitable Jazzie B. “We wanted to represent a bit of UK flavour. It’s great to have an English accent on a house record. We went down to Brixton and came back with that iconic sound,” says a wide-eyed Sam of the band’s experience of working with the Soul II Soul legend. Elsewhere, longtime cohorts Shovell, Imaani and Tasita D’mour make an appearance, ensuring continuity for the original Copyright fans, while all brining something new and unique to the mix as the Copyright family pushes the sound forward. In keeping with their global ethos, expect to see the boys DJing around the world to promote the album in 2008, including a number of live performances with the album’s guest artists – cementing ‘Voices and Visions’ position as a key release for 2008 in Britain and overseas. At a time when the UK’s reputation abroad isn’t all that. It’s good to see some of Her Majesty’s subjects doing their bit to spread the love. (http://www.myspace.com/copyrightproductions) 2) Alternative rock band from Liverpool drawing influences from U2, Echo and the Bunnymen and the the like. 3) Slow, one of the greatest of the mid '80s Vancouver rock bands, disintegrates in a welter of booze, drugs and fun, and Thomas Anselmi (vocals) and Christian Thorvaldson (guitar) run off to Vancouver Island with a record deal, and enough cash to buy a whole lot of dope. The band's line up is rounded out by bassist Eric Marxsen and drummer Pete Bourne. Time ensues. More time ensues. Smoke signals arise. More time ensues. Copyright is what emerges. Throughout the 1990s and into the early 2000s, Copyright released three albums. Initially, the band spelled its name as the symbol ©, pronounced as "Circle C". Under that name, they released a self-titled debut album on Geffen Records in 1991. Their second album, Love Story, was released in 1996, and the third and final album, the Hidden World, was released in 2001. Both Love Story and the Hidden World were released on BMG Records. The Hidden World was co-produced by Dave "Rave" Ogilvie and Jamey Koch. 4) London based 5 piece without guitars who released the album "Clearance" and the single "Reverse/Certain" on the label Imprint. Band memebers were Wren, Richard, Chris P, Andrea and Mitch Read more on Last.fm. User-contributed text is available under the Creative Commons By-SA License; additional terms may apply.
FREE SHIPPING ON ORDERS OVER £100 TO UK MAINLAND ONLY
See exclusions
View Cart