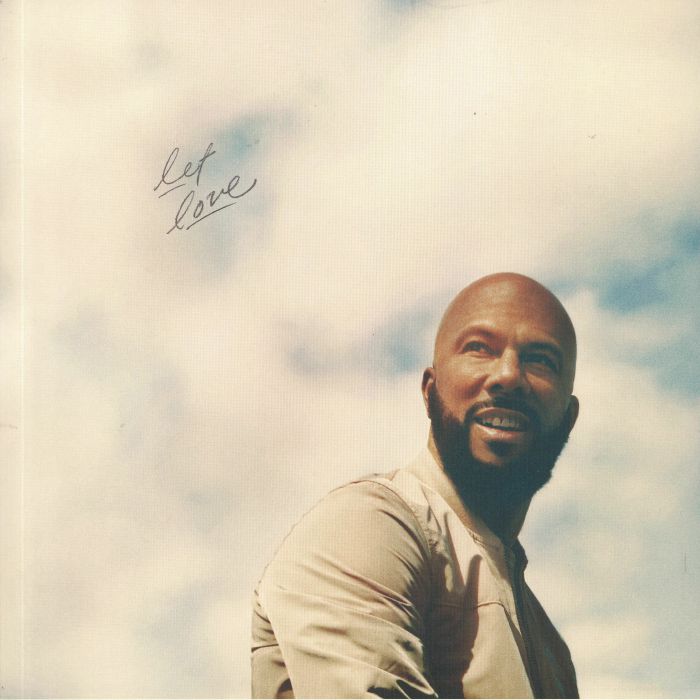 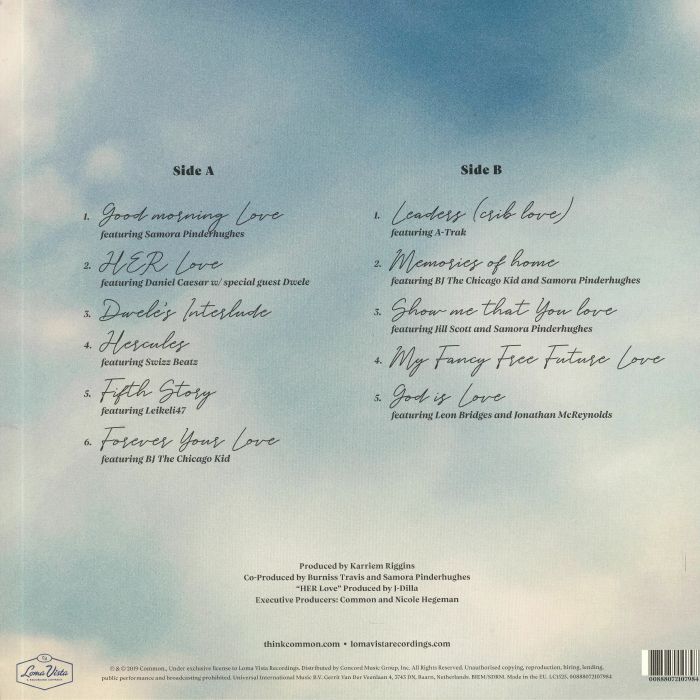 Common remains at the cutting edge, and his 12th solo LP, "Let Love" is yet another example of his golden age brilliance. This brand new album includes the new single "Hercules”, as well as recent JAM! “HER Love” featuring Daniel Caesar, special guest Dwele, and an unreleased beat from J mother fucking DILLA. The likes of Jill Scott, Swizz Beats and A-Trak offer assistance on the lovestruck affair, while Common updates his conscious style with shout outs to Cardi B, ASAP Rocky, and Tyler The Creator. This is an album of pure positivity, a place of light in these dark times, and another winner from this legendary artist.

Should Common choose to radically change course with his 13th solo album, number 12, Let Love, could be considered the third part of a trilogy that started with Black America Again and continued with the rapper's self-titled album as part of August Greene. Like those LPs from 2016 and 2018, Let Love involves Karriem Riggins on production and drums, Samora Pinderhughes on keyboards and vocals, and Burniss Travis on bass. Pinderhughes and Travis are more involved here -- as writing and production partners -- than on the preceding sessions. The core trio of instrumentalists continues to communicate with fluid, deceptively intricate precision, occasionally easy to mistake for Riggins' keenly sourced, artfully looped, and sparingly placed samples. August Greene was more reflective and somber than Black America Again, and this continues the trend, enhanced with consistently tender secondary vocals from Pinderhughes, BJ the Chicago Kid, Jill Scott, Dwele, Daniel Caesar, Leon Bridges, and Jonathan McReynolds. They're all in sympathetic support of a rapper who, 27 years after his recorded debut and a few months following the publishing of his memoir, has never been more open. In the lead-off track "Good Morning Love," Common rhymes about seeing his therapist, declaring "as a black man, I feel I should be sharin' this," while in "Show Me That You Love Me," he relates a humbling late-night discussion with his daughter about his parental shortcomings. Recollections of his upbringing get as serious as they do in his book, detailing in "Memories of Home" his childhood struggle to cope with traumatic emotional shock. Equally emblematic of Common's growth is "HER Love," a proper full-blown sequel to "I Used to Love H.E.R." (H.E.R. being acronymic for "Hip-hop in its essence is real"). The title switch alone signals maturity and an emphasis on positivity -- the gratitude he feels toward the art form in 2019 -- and a breezy, excavated J Dilla beat deepens its resonance. The benevolent spirit in this and almost all of the other tracks makes the strong-arming "Hercules" and the retribution tale "Fifth Story" seem like misplaced throw-ins.

Lonnie Rashid Lynn, Jr. (born March 13, 1972 in Chicago, Illinois), better known by his stage name Common (previously Common Sense), is a Grammy award winning rapper, author and actor known for lyrics that focus on love and spirituality. Signed to Kanye West's G.O.O.D. Music, many people describe him as being a conscious hip hop artist who makes songs that send a message. He debuted in 1992 with the album Can I Borrow a Dollar? and maintained a significant underground following into the late 90s, after which he gained notable mainstream success through his work with the Soulquarians. As well as music, Common has worked as an actor, on films such as 'Smokin' Aces' (as Sir Ivy) 'American Gangster' (as Turner Lucas), 'Wanted', and 'John Wick: Chapter 2'. He may also be seen in cameo roles in films such as 'Brown Sugar'. His debut was the 1992 album Can I Borrow A Dollar, but he achieved little critical or commercial success until 1994's Resurrection, an instant classic. He produced several more albums, notably Like Water For Chocolate and the highly experimental Electric Circus, before releasing the Kanye West and J Dilla-produced Be in 2005, which was his first album to receive widespread mainstream appeal and radio playtime. Common is considered a "cred" artist, which has lead him to collaborations with the likes of De La Soul, Jadakiss, T.I, Talib Kweli, The Roots, Kanye West, Lily Allen, Erykah Badu, and Fort Minor. The 2007 album Finding Forever was produced mainly by long-time collaborator, Kanye West. Common released his eighth album Universal Mind Control in 2008, which was nominated for a Grammy Award for Best Rap Album but lost to the Eminem album Relapse. He released his ninth album The Dreamer/The Believer in 2011. Nobody's Smiling, his tenth album, was released in 2014. The concept of the album was inspired by his troubled hometown of Chicago. Read more on Last.fm. User-contributed text is available under the Creative Commons By-SA License; additional terms may apply.
FREE SHIPPING ON ORDERS OVER £100 TO UK MAINLAND ONLY
See exclusions
View Cart