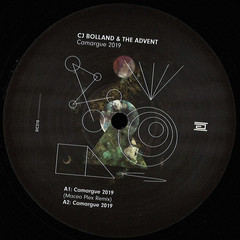 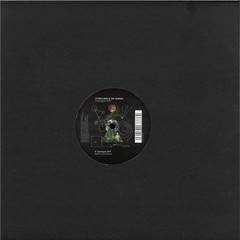 Camargue’ gets a fresh treatment on Drumcode, as a handful of techno’s finest give new life to an R&S classic - with six mixes from the likes of Maceo Plex, Keith Carnal, Enrico Sangiuliano, Adam Beyer and Layton Giordani spread across two EP's.

Coming from the studio of CJ Bolland and Portuguese journeyman The Advent, the track was born out of a golden age of Belgium dance music and first released in 1992. It stands as one of the most treasured pieces of vinyl in Adam Beyer’s collection and this six-part compilation of remixes and remakes marks a highpoint in Drumcode’s history.

In this first part, Maceo Plex makes his return to DC after 2014’s ‘Conjure Dreams’, providing a bustling industrial take, with distorted vox that gives way to sheaths of stirring melody, before the spine-tingling chords enter the fore and the cut drops into broken beats. CJ Bolland and The Advent then polish the edges of their time-honoured rave favourite with a punchy pin-sharp 2019 version of the original. In contrast to the peak-time prowess of the other respective versions, rising Dutch talent Keith Carnal moulds a liquid smooth interpretation heavy on hypnosis and sparse drums.

Last FM Information on The Advent

The Advent may refer to the alias of techno artist Cisco Ferreira or the Christian metalcore band. aka Cisco Ferreira The Advent is the techno/electro project of Cisco Fereirra (and formerly, Colin McBean). Soon after leaving school, Ferreira began working as an engineer at Jack Trax Records, a job which enabled him to glimpse first-hand the work of pioneers such as Derrick May and Marshall Jefferson. He began recording in 1988 with C.J. Bolland as Space Opera (eventually releasing four singles for R&S Records) and also recorded the first single for Fragile ("Why Don't You Answer" as himself) before meeting McBean, a top DJ who had worked with Keith Franklin of Bang the Party as the DJ team KCC. The pair began recording together in 1990; their first activity was an engineering job for Fade to Black (aka Jay Denham), but later they debuted on vinyl with their first single, recorded for inclusion on a sampler by Network Records. The official debut of the Advent came in 1994, just after Ferreira signed to Internal Records (also the home of Orbital). He convinced McBean to join him in the recording of a series of crucially limited singles, then the debut Advent album Elements of Life in late 1995. Critics championed the duo's energetic update of original techno renegades like Derrick May and Kevin Saunderson, and the Advent followed with the remix album Shaded Elementz one year later. Their second proper album A New Beginning appeared in 1997, though Internal Records dropped the duo soon after its release. After transferring to the Metalbox division of Northwest/BMG, the Advent returned later that year with Kombination Phunk, which alternated remixes with several original productions. In 1999, McBean left, citing his reluctance to continue touring, though he continued to record under his solo alias, G Flame and Mr. G. Ferreira continued his busy release schedule, including a 12" series ("Sound Sketch") for Tresor during 1998-2000, and the 2002 full-length Sketched for Life. Colin McBean left the group prior to the album "Time Trap Technik" on Gigolo Records (2001). - Infos Discogs - Website The Christian metalcore band: Advent formed from three members of the christian post-hardcore band Beloved. The band toured the country with bands such as Underoath and Cool Hand Luke, including a performance at the Cornerstone Festival. Beloved released three EP's and one full length album. In the fall of 2004, drummer/vocalist Joe Musten got married and subsequently decided that his commitment to his family superseded his responsibilities with the band and would be unable to continue. Because he was such an integral part of the band, the rest of the members decided to end Beloved rather than replace him. Matt Harrison, Johnny Smrdel, and Joe Musten (all previously of Beloved) went on to form the band. Chris Ankelein and Mike Rich would join later on. Advent released their debut album Remove the Earth on February 12, 2008 on Solid State Records. In the summer of 2008, Advent joined Demon Hunter on their "Stronger Than Hell Tour". This was Demon Hunter's first tour since "The Undying Tour" which took place in the U.S. two years ago. Other bands on the tour included the reunited Christian metalcore band Living Sacrifice, as well as Oh, Sleeper, and The Famine. The tour ended on July 5, 2008 at the Cornerstone Festival in Illinois. Website Read more on Last.fm. User-contributed text is available under the Creative Commons By-SA License; additional terms may apply.
FREE SHIPPING ON ORDERS OVER £100 TO UK MAINLAND ONLY
See exclusions
View Cart