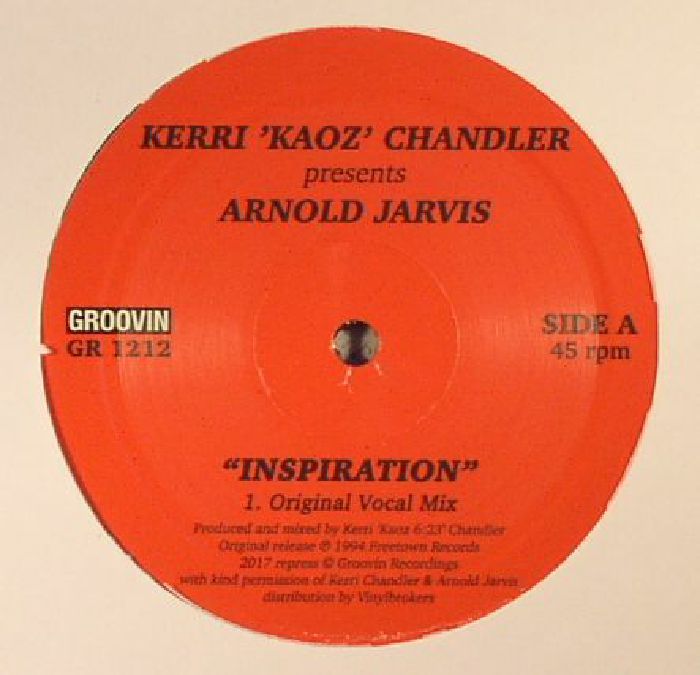 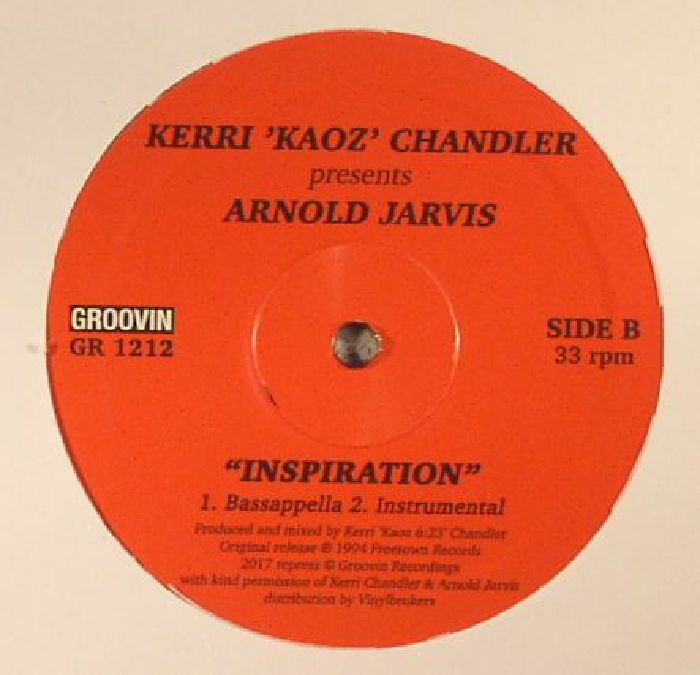 Kerri grew up in the New Jersey area during the days of the infamous Zanzibar club with resident DJ Tony Humpries. Kerri's father was a DJ as well, which gave Kerri a rich background in the origins of the New York Underground Sound (known also as "Garage" music). He made his DJ debut at the Rally Record Club in East Orange, New Jersey at the age of thirteen. Kerri eventually found himself intrigued with the production element in dance music and soon began to create his own grooves on his self-label, Express Records. In 1991, Atlantic Records signed his debut single, "SuperLover/Get It Off." Despite his success, Kerri Chandler has always remained true to the spirit of the underground on tracks such as the "Atmosphere E.P." on Shelter Records and the seminal, "A Basement, Redlight and A Feeling" album on Madhouse. Kerri prays before making a record, and injects his free spirit into his productions. With a solid education in Garage grooves, Kerri takes vocals, rhythms and instruments and with uncanny precision pieces them together, delivering beautiful, monster jams. In the expanses of his breaks the odd counter rhythm will inexplicably appear for a second and then disappear, creating fleshy excitement, not mechanical repetition. His basslines go from heavy and heady to playful and quirky--always deliriously intoxicating. His hooks are loving details like horn hits, washes of synthesizer or catchy choruses that emerge to create songs from a maddening bulldozer of brutal drive. Here the dreamer takes hold, transporting us into a dimension of seemingly endless travel.... Read more on Last.fm. User-contributed text is available under the Creative Commons By-SA License; additional terms may apply.

Throughout his career, Arnold Jarvis has been nothing but consistent - consistent when it comes to getting noticed. His is a brilliant career that began at the prime of his youth. While only a teenager, his voice and talent landed him front and center of the Baltimore Gospel Choir for whom he was a prodigious soloist. In 1984, modest academic pursuits led him to New York City. However, his talent and love of music did not lie dormant for long. He was drawn to music industry circles and was quickly embraced by them. He began to write, perform and record. Among the more notable gems from this early period in his career are his collaboration with Fonda Rae on “You’re The Best,” a song written by Lem Springsteen (Mood II Swing) and produced by Kerri Chandler; and his debut single, “Take Some Time Out” (Fourth Floor Records) produced by Tommy Musto and Yvonne Turner, which enjoyed huge underground and global success. In the 90s, he made it known that he meant business and showed audiences everywhere that he was a force to be reckoned with. First came his guest appearance on Satoshi Tomiie’s “And I Loved You” (FFRR, Polygram UK), produced by Grammy winner, Frankie Knuckles. Then followed the monumental classic, “Inspiration” (Freetown Records), produced by Kerri Chandler. He reached a new pinnacle and gained notoriety when he recorded Swing 52’s epic songs, “Color of My skin” (FFRR/Cutting Records) and “The Joy You Bring” (Cutting Records), which he co-wrote. At around this time, he began touring the world and has since performed alongside the likes of Queen Latifah, Kenny Bobien, Barbara Tucker, Ultra Nate, Ce Ce Peniston, Loletta Holloway, Jocelyn Brown, and Byron Stingly, to name a few. The 21st century has seen increased impetus and creative output from Arnold. In fact, he’s outdone himself and his already impressive legacy many times over. In 2000 alone, he released “Learn to Give” (Hysteria Records) produced by Eric Kupper; “Life Goes On” (MAW Records), the brainchild of his collaboration with legendary DJ/producer Louie Vega and vocalist Lisa Fischer; and “Special Kind of Love” (King Street Records) produced by Benji Candelario and remixed by Jazz and Groove. He then released his debut full-length album, Arnold Jarvis, “The Collection” (MFL Records), in 2002 and followed it with a string of extraordinary singles, including: “Love Of My Life” (West End Records) produced by the Basement Boys; “You’ve Let Love Slip Away” (King Street Records) which reached the top 5 on Billboard’s Dance Sales chart; “Make The Time” which was written and produced by Blaze for Keep Hope Alive, a benefit CD for LIFE BEAT; and “Take Good Care Of Me” (Sole Channel Music). Read more on Last.fm. User-contributed text is available under the Creative Commons By-SA License; additional terms may apply.
FREE SHIPPING ON ORDERS OVER £100 TO UK MAINLAND ONLY
See exclusions
View Cart