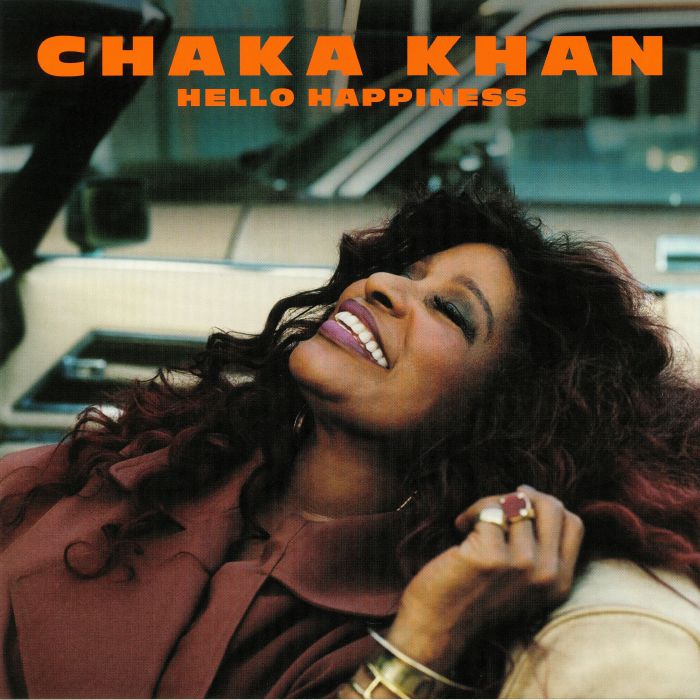 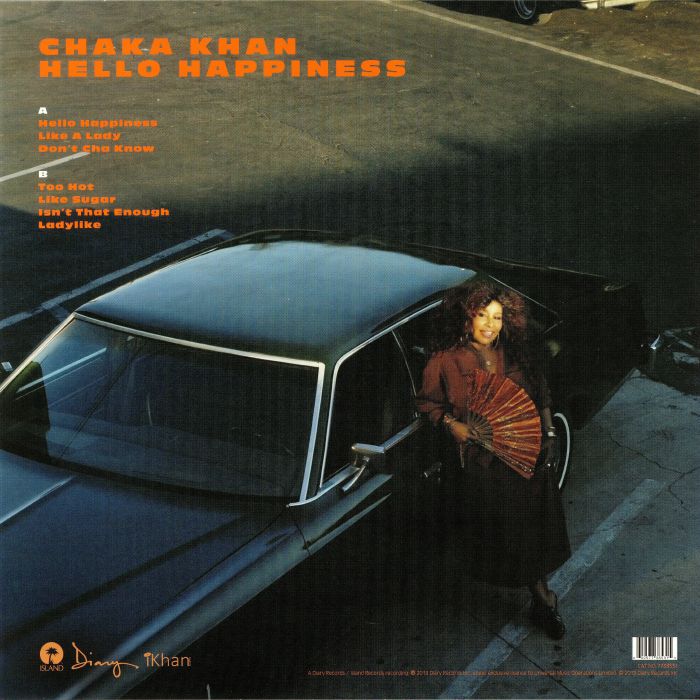 Opening salvo "Hello Happiness" and "Like A Lady" (check out those Belle Epoque strings) update Chaka's classic sound with some pristine modern production, while "Don't Cha Know" erupts into some hard rocking, trap rattling, gospel organ mutant made for scaring the neighbours. Skipping to the flip, the rough and tough funk continues via "Too Hot", this time with a NOLA blues flavour which is frankly irresistible. Next up it's "Like Sugar", the Fatback chopping, B-boy big beat hit of the last decade, not just a high point on this LP, but on recent pop music in general. "Isn't That Enough" finds Switch exploring his Black Ark fascination, cooking up a humid dub disco groove for Chaka to turn inside out with her powerhouse vocals. Last but not least, we're in end of night soul territorie via the "Long Train Running", "M.P.B." vibe of "Ladylike", a sultry, snaking shuffler for dancing upclose.
Long live the Queen!

There is more than one artist under this name: 1. CH, acronym for Carlos Henrique. 2. ch is an alias of Chiaki (lead vocalist of the band Dakota Star) when she is credited for vocals on the Gran Turismo 4 and F-Zero GX/AX soundtracks. 3. CH is a Swiss new country group, singing in Swiss German. Read more on Last.fm. User-contributed text is available under the Creative Commons By-SA License; additional terms may apply.

Khan refers to at least 5 artists: 1. Khan was an English progressive rock band of the Canterbury Scene during 1971-1972. Formed by Steve Hillage, the initial line-up was Steve Hillage (guitar), Nick Greenwood (bass guitar), Dick Henningham (organ) and Pip Pyle (percussion). They recorded only a single album "Space Shanty" which was released in 1972 with Steve Hillage, Nick Greenwood, Eric Peachey (drums) and Dave Stewart (Organ, skyceleste,marimbas). They disbanded in 1974. Steve Hillage went on to record "Fish Rising" which contains material that would have been done by Khan had they not broken up. 2. Khan: Who Never Rests. This alone kinda says it all. If you’re not familiar with Khan, all I can say is he really never rests. Born Can Oral, raised in Frankfurt to Turkish-Finnish parents, Khan is an extremely prolific producer ­ to put it mildly. Describing him as a restless vagabond is not really quite enough. He’s a world resident (currently based in Berlin, after previously residing in New York, Mexico, Cologne and Finland) who has produced electronic music under at least 10 pseudonyms and collaborations (including Bizz OD, 4E, El Turco Loco, Captain Comatose, Kid and Khan). So for his first album for Tomlab, Who Never Rests only begins to explain the persona of Khan, yet at the same time, presents a very complete picture of the musician and man today. Who Never Rests is a celebration of a man who is in full control of his sound and vision. With his previous albums on Matador, the journey was just starting. “1-900 GET-KHAN” was the first chapter of the story. Khan launched the persona of a male hustler, selling himself to the audience by performing in a pair of underpants with “KHAN” stitched on the ass. It certainly got the party started! Then with “No Comprendo”, Khan produced a living-homage to the artists that inspired him, collaborating with Diamanda Galas, Andre Williams, Kid Congo Powers, Brigitte Fontaine, Julee Cruise, and Stereo Total’s Francoise Cactus. It’s a true work of sheer class and innovation. Might sound cheesy, but if you listen to it, you’ll get the drift. But then Khan started focusing on collaborations. He toured and produced with Kid Congo Powers (The Gun Club, Bad Seeds, The Cramps) and released “Bad English” (Transsolar). He recorded as Little Annie and The Legally Jammin (with Christian Jendreiko). And he recorded and toured as Captain Comatose (“Going Out” and “Up in Flames”) on Playhouse as the last standing disco band: one giant disco party! 3. Matija Gečević "Khan" is an up and coming Croatian rap artist. Together with the group DBP (Dying Breed Proudctions) which he is a co-founder & member off he has made a major impact on the Croatian underground demo scene. He has participated in & won many big freestyle battle contests. He self published & released a demo album titled "Krv, Znoj i Suze" (Blood, Sweat & Tears) in 2007. which broke all records in terms of sales on the demo scene, this has in the end resultet in a contract with the Croatian record label VG Records which published his first official album titled "Skhandal" in 2008. 4. Khan is a bulgarian folkmetal/post-hardcore band. The musicians describe their style as "folkcore". The band was formed in 2009 by guitarist Simo and bassist Niky. The current line-up includes: Eddie-vocals Simo-guitar Zlatko-drums Niky-bass Mitko-guitar and live guest musicians Slavena-vocals and Kalin-bagpipes. The band regularly plays live shows in clubs in Bulgaria, mainly in Sofia. 5. A rock band from Norwich, England. www.khanband.bandcamp.com 6. KHAN a.k.a KHAN SUPER SESSION is the japanese band notable for making the theme song called The Edge of Soul for video game called Souledge a.k.a Soul Blade. 7. A South-Korean female duo, originally in the group The Ark. Read more on Last.fm. User-contributed text is available under the Creative Commons By-SA License; additional terms may apply.
FREE SHIPPING ON ORDERS OVER £100 TO UK MAINLAND ONLY
See exclusions
View Cart