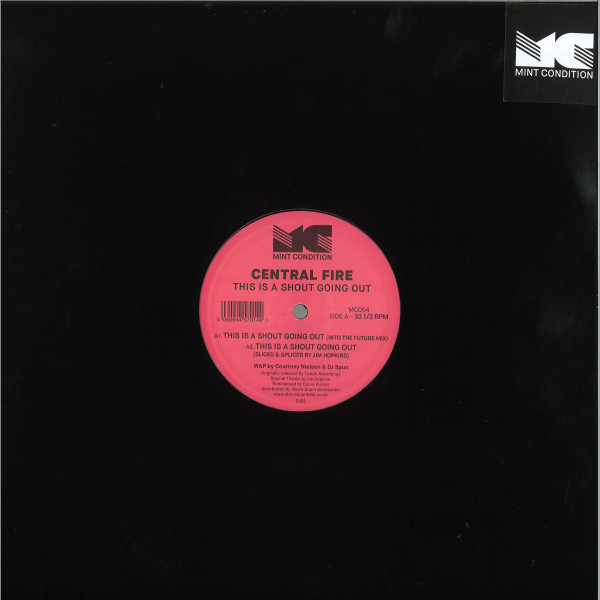 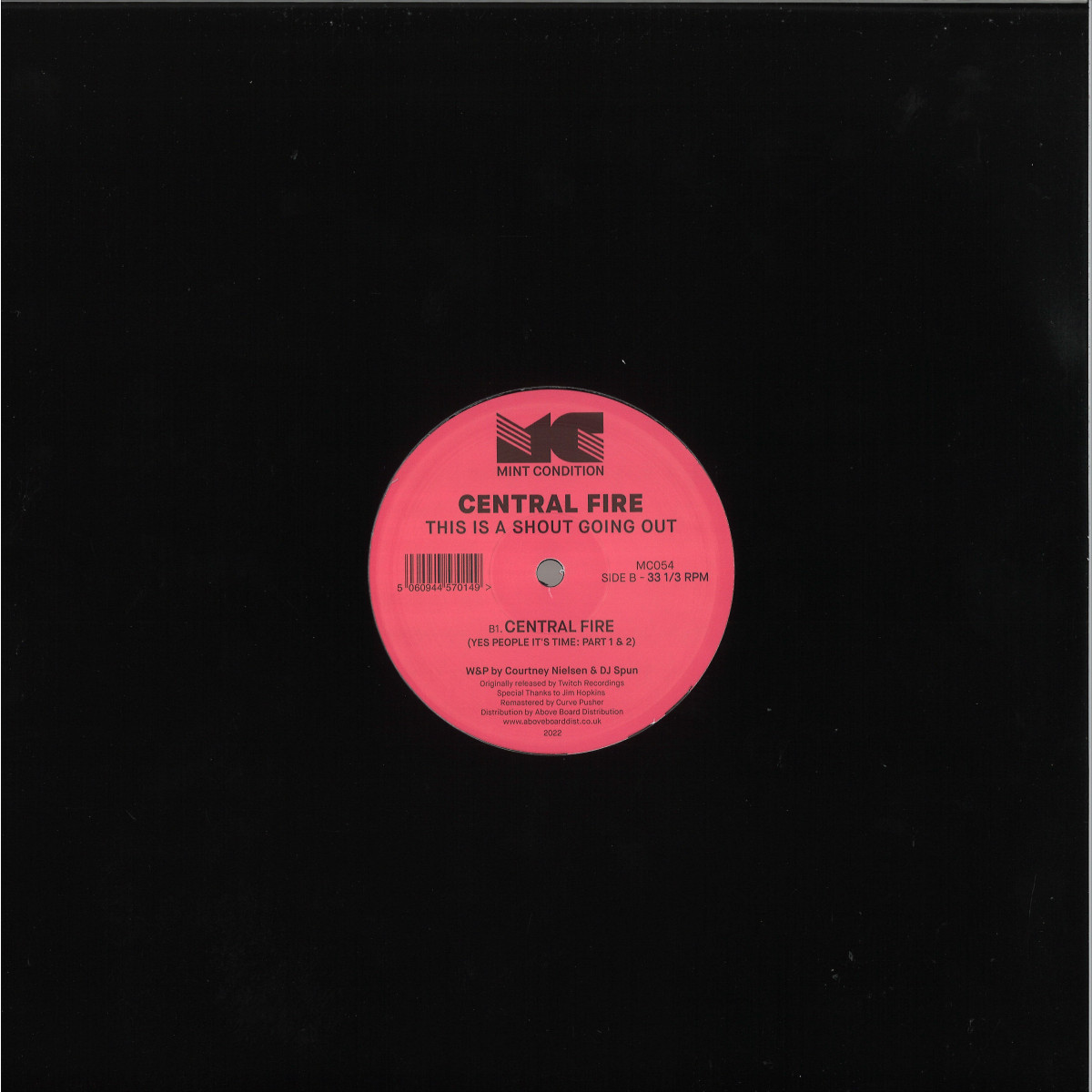 CENTRAL LINE - THIS IS A SHOUT GOING OUT EP

- NEW RELEASE
Sorry, this item is currently unavailable.
ARTIST:
Central Line
TITLE:
This Is A Shout Going Out EP
LABEL:
Mint Condirtion
CATNO:
MINT MC054
STYLE:
Breakbeat / Acid /
FORMAT:
Vinyl record
DESCRIPTION:
Back in the early '90's California's West Coast's parties, raves and clubs began to be fueled by the emergent sound of tripped out acid breakbeats and psychedelic house jams. Jason Drummond, AKA DJ Spun & Courtney Nielsen teamed up as Central Fire, their debut was both influential and pioneering, released in '94 on Twitch Recordings, a mainstay of the San Fran scene, it would pathe the way for what was to come.

'This Is A Shout Going Out' (Into The Future Mix) opens with infectious bubbling 303, there's breaks aplenty with expertly programmed twists and turns along the way, whilst the vocal keeps it lively throughout. The Sliced and Diced Mix sees Jim Hopkins edit the original down into a jam packed journey.
Over on the flip 'Central Fire' (Yes People It's Time Pt.1 and 2) takes a more stripped back approach, a b-line and breaks that deliver the funk underpin delicate riffs, dub FX and an unforgettable flute interplay to turn this track into another devastatingly programmed episodic ride.

This EP has stood the test of time, an essential rarity that has achieved cult status amongst the most discerning DJs, music heads and record collectors alike.

It has been legitimately re-released with the full involvement of Jason and Courtney, lovingly remastered by London's Curve Pusher from the original DATs especially for Mint Condition. 100% legit, licensed and released. Dug, remastered, repackaged and brought to you by the caring folks at your favourite reissue label - Mint Condition!

Courtney Nielsen and DJ Spun - joined forces for a debut single as Central Fire. Heavily influenced by sub-heavy UK breakbeat but blessed with the kind of psychedelic acid lines and trippy electronics that were then a big part of the Bay Area free party sound, 'This Is Going Out' has become something of a cult classic in the years since. This much-needed Mint Condition reissue boasts all three tracks from the original EP: the pleasingly rolling and dubby 'Into The Future' and marginally chunkier Jim Hopkins' mixes of 'This is a Shout Going Out', and the freewheeling dub disco-goes-house heaviness of 'Central Fire

Named after the underground train line which caters to certain areas of East London, and originally a sextet, the main protagonists were Linton Beckles who supplied vocals and percussion, keyboardist Lipson Francis, Camelle Hinds who played bass guitar and gave the group more vocals, and Henry Defoe who played lead guitar. Eventually, additional musicians helped to fill out the mix, as Peter Hinds appeared on this group and Beggar & Co.’s recordings, along with Nat Augustin and Gee Bello from Light Of The World. Such was this cross-pollination, that Lipson Francis also performed on Beggar & Co.’s album. They joined the roster of Mercury Records, which was a division of Phonogram, and Wot We Got It’s Hot in 1979 was among a number of their first singles. The early 1980s were a much more rewarding period for the quartet, as Walking Into Sunshine gave them chart success in March 1982. Linx producer and keyboardist Bob Carter remixed (You Know) You Can Do It on their Breaking Point LP of that year, and other singles such as I Need Your Love, and Don't Tell Me along with the instrumental title track solidified a good all round album. Olympic Runners chanteur George Chandler also supplied backing vocals, along with a young chanteuse called Dee Sealy. Mel Gaynor, a soon-to-be member of pop band Simple Minds, also provided his skills on the drum kit, and in 2006 he went on a UK tour with a reformed Light of the World. The singles You’ve Said Enough and Time For Some Fun were not included on that set, or their subsequent one Choice. But even more accomplished was their take on Nat King Cole's Nature Boy which assured them another entry onto the UK singles charts. Among later releases were the singles Betcha Gonna, Lovely Day, and Surprise Surprise. Camelle Hinds and partner Henry Defoe went on to become Hindsight, and in 1987 the duo did well with their single Heaven's Just A Breath Away. In the early 1990s, Hinds earned himself some major recognition, with the track Sausolito Calling. copyright (c) Brit Funk Heaven Read more on Last.fm. User-contributed text is available under the Creative Commons By-SA License; additional terms may apply.
FREE SHIPPING ON ORDERS OVER £100 TO UK MAINLAND ONLY
See exclusions
View Cart