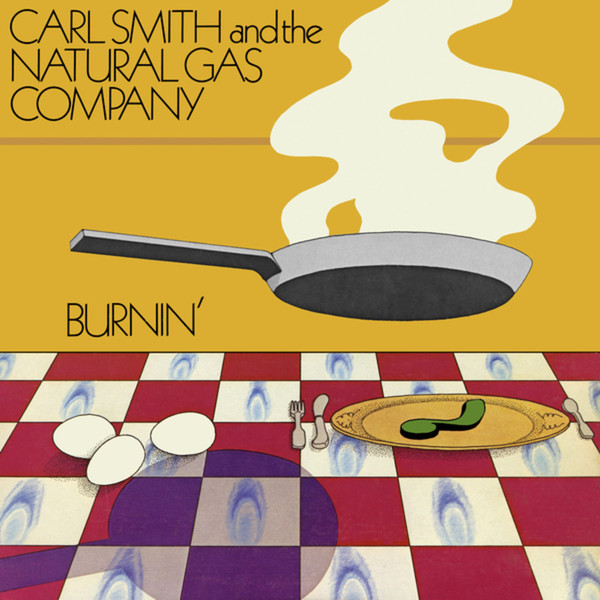 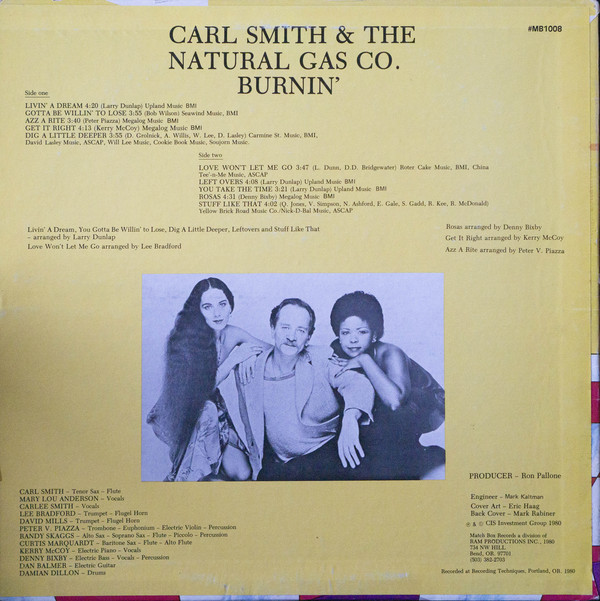 At the time of the release of this album, Carl Smith’s band had already been performing for almost two decades, starting out as the ‘Carl Smith Orchestra’ in 1959, fusing 40s and 50s big band styles with rock’n’roll, before gradually morphing into the more compact jazz / funk influenced outfit you can hear on Burnin’. "Carl had this bright red delivery van he bought from the natural gas company. He got a hold of that thing and that’s how we went on the road. When we’d roll up to the gig they’d see this big van full of musicians and on the outside it said “Natural Gas Co.” Then out comes Carl Smith and it’s all over." - Lee Bradford (trumpet, flugelhorn) The orchestra that Carl Smith founded was a Portland institution for about 50 years all-told, becoming an essential training ground for young musicians on the come-up; even the later Grammy-award winning trumpeter Chris Botti passed through at the age of 17 and Jefferson Airplane’s Signe Anderson was a long-time collaborator. It was “hard to find many jazz players around here who haven’t played with the band” said Smith in a 1980 interview with The Oregonian. They performed at festivals, universities, nightclubs, dance studios and even military bases from Portland to Seattle and everywhere in between, opening for Dave Brubeck, Buddy Miles and Johnny Ray among many others. The story of this album's recording has gone down in infamy among the remaining band members and Carl Smith's daughter Carlee (who performed lead vocals on ‘Love Won’t Let Me Go’), all of whom recall a fraught, rushed recording process, led by a producer who had no musical experience and was nothing more than a puppet for the somewhat shady label owners. This led to the album being cut too fast and accidentally pitched up a key, so if you want to hear it as the band intended, pull the pitch control down a little on your turntable. "Turns out the whole thing was backed by a bunch of farmers from central Oregon who were looking to take a loss… So here we were playing out and selling records. As soon as we were about to hit one thousand copies sold, their plan was to stop promotion so it would die...but we didn’t know that." - Peter Piazza (trombone, electric violin, euphonium).