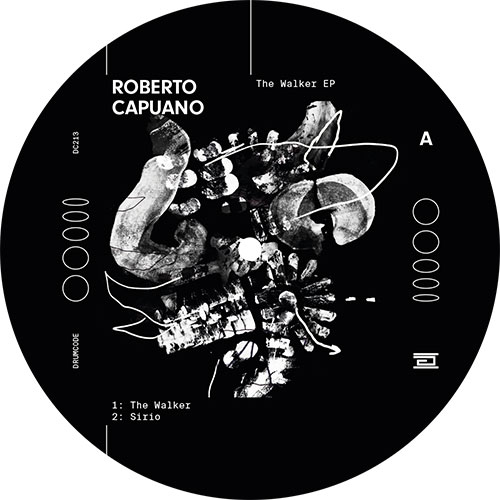 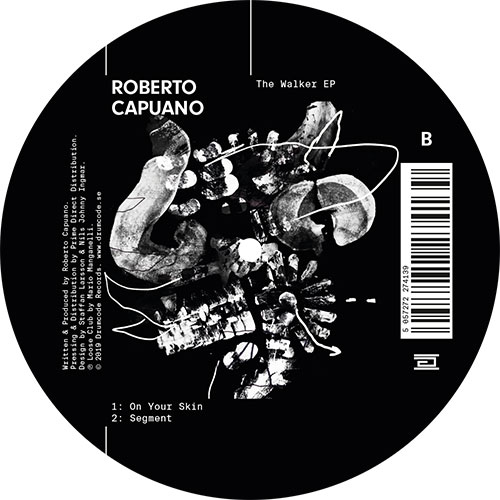 The Neapolitan has long occupied a special place in the heart of Adam Beyer. His cut ‘Never Stop’ is one of the finest Truesoul releases in recent years and he came up trumps with Drumcode’s 150th release in 2015 with ‘The Wilford’ EP, featuring the dub techno groover ‘Obsessed’. His last outing on Drumcode was the fantastic ‘Limitless’, a collaboration with Luigi Madonna that featured on A-Sides Vol.6 in 2017.

‘The Walker EP’ is Capuano’s most full-bodied work on Drumcode to date. The title track is a stealth combination of punishing drums and dystopian arpeggios building up a dark brew of energy.

‘On Your Skin’ is no less captivating, a huge Beyer favourite throughout the summer months, it’s exhilarating combination of rousing vocals, swirling synths and a catchy riff make it a slam dunk.

Finishing off the EP ‘Segment’ is a flamboyant follower, all six minutes of spine-tingling synth stabs and chopped up vocal effects are perfect for peak time moments.

Roberto Capuano was born in Naples in 1987. Soon discovers his passion for music production, at the age of 11 years has the first approaches with machines and software of the time.Day by day, his technique and passion grows more and more so he decide to devote himself totally to this world by doing some small releases, until he reaches the attention of one of the godfathers of the Neapolitan techno scene, Markantonio, who manages to capture the very outset talent of the young boy; so in January 2009 Roberto release the first work on"MKT" entitled "Got You EP" which immediately become popular among the great DJs of the moment with great support by Richie Hawtin, Alex Under, Umek and many others.From there, his career begins, made by the search of his own style through a period from minimal techno to tech-house with a good number of releases on labels like "Loose Records", "Suara", "Monique Musique" and with a pack of excellent feedbacks from the best international DJs.After a few years, towards the end of 2011, he released his first track on the major label "Drumcode" with a single titled "Oblique" included in the 15 years compilation of the label that was one of the tracks leading the market from the entire compilation .In 2012 Roberto and Markantonio decide to join forces for a special release on "AnalyticTrail" with an EP of 6 tracks and one of them, "T4", reached the second place in the Beatport techno chart as well as many charts of well known djs.A partnership that solidified the professional profile of producer and DJ Roberto Capuano, leading him to play in some clubs in Europe and in the temple of Neapolitan techno music, the “Old River Park”.From there comes many other releases that have been all great success, like the 'EP on "AnalyticTrail" named "Free", again a single track in another compilation on "Drumcode", a new collaboration with Markantonio on "Unrilis", other EPs and remixes on "Driving Forces", "Phobiq" and more ...In March 2013 he will release his first single on "Drumcode" entitled "Vertigo EP" and in April another important release on AnalyticTrail. Read more on Last.fm. User-contributed text is available under the Creative Commons By-SA License; additional terms may apply.
FREE SHIPPING ON ORDERS OVER £100 TO UK MAINLAND ONLY
See exclusions
View Cart