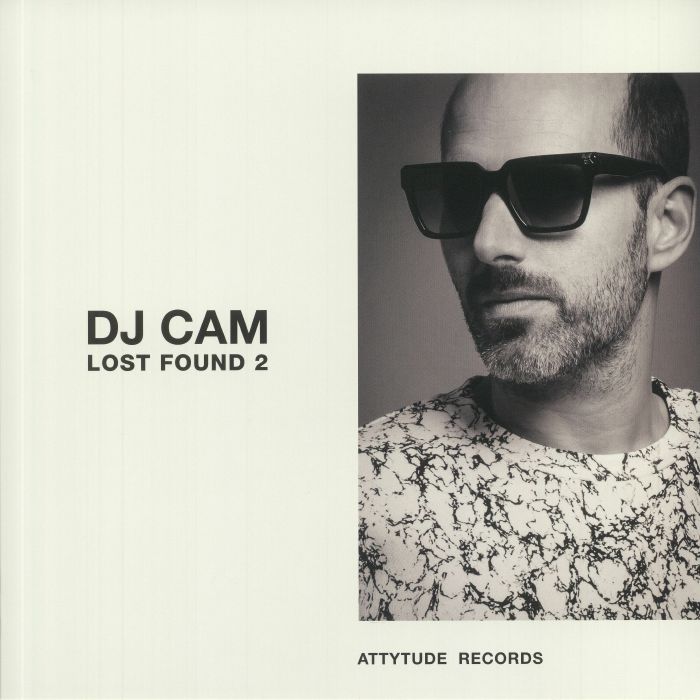 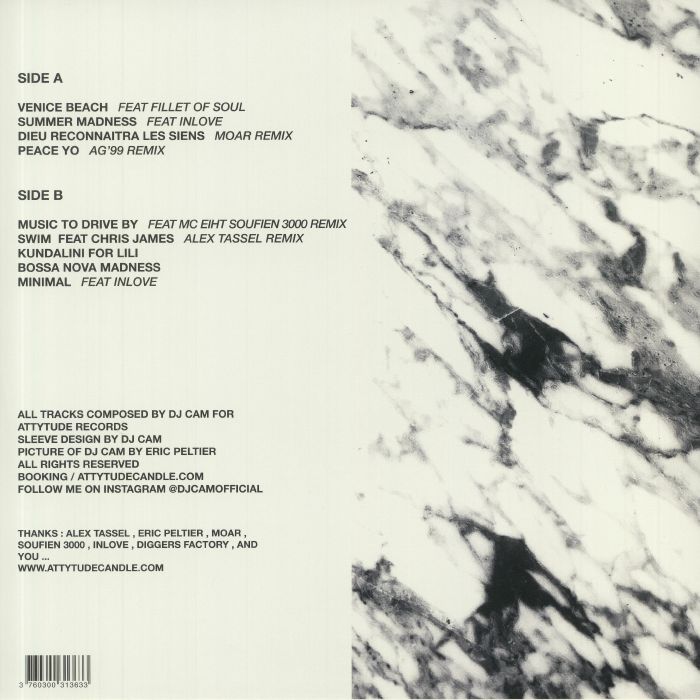 Parisian hip-hop devotee Laurent Daumail is one of a few but growing number of French artists updating hip-hop for the chill-out crowd, drawing on the beats'n'samples groundwork of producers such as Rakim, DJ Premier, and Prince Paul and combining it with broad, impressionistic strokes of dub, jazz, and soundtrack-y ambience. Like countrymen the Mighty Bop and la Funk Mob, Cam is stylistically closest to Mo'Wax artists such as DJ Shadow and DJ Krush; minimalist, downbeat instrumental hip-hop built from obscure samples and stomp-box turntable accompaniment, bent and twisted into new, artfully arranged compositions. His debut, 1994's Underground Vibes, was released on the tiny French label Street Jazz and was followed by a live recording for the Inflammable imprint (one of only a few "live" recordings in a genre so reliant on the temporal concessions of the recording studio). Dubbed Underground Live, the album featured performed extrapolations of many of the tracks from his debut, as well as a few new and improvised tracks. Now nearly impossible to find, those first two albums were reissued in America by Shadow Records, packaged together as the single-CD priced Mad Blunted Jazz (particularly useful since acquiring both on import could run more than 50 dollars!). Although Cam's music has found little acceptance in his home country, audiences in the U.K., Japan, and America have begun picking up on his style. In 1996 Cam was featured on, among many others, the sprawling Mo'Wax compilation Headz 2, remixed tracks for such artists as Tek 9 and la Funk Mob, and most recently collaborated on live and in-studio projects with Snooze and DJ Krush (he co-wrote a few tracks on the latter's 1997 Mo'Wax release, Mi Sound). Cam released Substances on Inflammable in 1997. The next year, his major-label debut, The Beat Assassinated, appeared on Columbia Records. In 2000, he released a three-volume series named The Loa Project. Cam dropped HoneyMoon, a smooth mix album that combined jazz and underground hip hop, at the close of 2001. Read more on Last.fm. User-contributed text is available under the Creative Commons By-SA License; additional terms may apply.
FREE SHIPPING ON ORDERS OVER £100 TO UK MAINLAND ONLY
See exclusions
View Cart