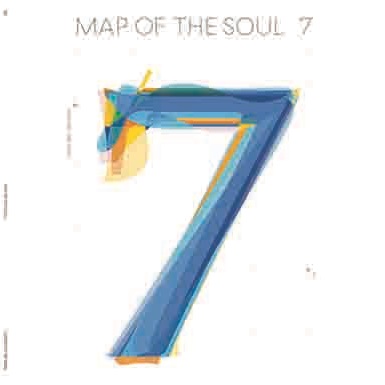 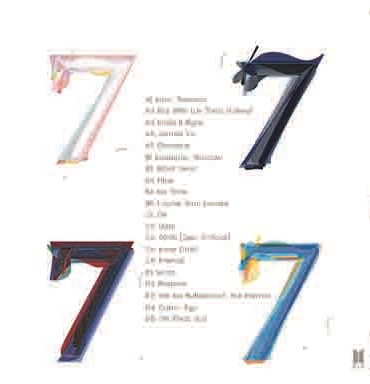 The new tracks start with Suga’s introspective “Interlude: Shadow,” where he raps about paranoia and fears. The whole group performs together in the hypnotic “Louder than Bombs,” which was co-written by Suga, RM and J-Hope with South African-born, Australian pop singer Troye Sivan. The metronomic precision of the beat offsets Jungkook’s falsettos before Suga’s droll delivery kicks in, giving it a dreamy vibe that wouldn’t be out of place on a James Bond soundtrack: “People say they’re jealous of us/ That my pain is hypocrisy.”

Jin’s power pop “Moon” speaks directly to their fans (“You are my Earth/ And all I see is you”), while V’s brooding “Inner Child” touches on the challenging times he has faced. Jungkook looks back at growing up within BTS in “My Time,” and Jimin’s “Filter” begins with a seductive Latin feel as he calls for attention (“That uninterested face of yours … Please look at me now). Elsewhere, V and Jimin chronicle their friendship in the playful duet “Friends”: “Seoul that used to be so unusually sparkling/ Was another new world to me … One day when this cheering dies down/ Stay by my side.” The song unites a number of seeming incongruous elements: a pair of Korean pop stars singing to a calypso beat, and then are joined by a gospel choir.

Both “Black Swan” and “UGH!” start off with distinctly East Asian riffs. While the former has a rhapsodic melody that segues into a sea of trap beats and distorted voices that trill of bittersweet moments, “UGH!” is their latest onomatopoeia diss track (in the spirit of 2018’s “Ddaeng”) by the rap line: “The truths may become false/ The lies may become true/ In this place/ Everyone becomes someone with perfect ethics/ And perfect judgment, that’s funny.”

The power ballad “00:00 (Zero O’Clock)” neatly encapsulates the theme of “MOTS: 7,” promising listeners that no matter what they are going through, everyone has the chance to be happy at the start of a new day.

RM and Suga trade verses throughout “Respect,” thumbing their noses at snobs. With the haunting and pensive ballad “We are Bulletproof: the Eternal,” BTS reflects on how they made their dreams come true: “We were only seven / But we have you all.” J-Hope’s “Outro: Ego” offers a more overt nod to BTS’ past, featuring samples from their 2013 album “2 Cool 4 Skool.” It’s an upbeat, joyous celebration of the rapper’s determination, which got him through challenging times.

Of course, there are several tracks with an anthemic, stadium-ready quality. The lead single “ON” appears twice, first with just the group and in a closing-track remix with Sia tackling the chorus in her unmistakable fashion. Kicking off with an implosive drumroll signaling a marching band, Jimin sweetly ponders the confusion that comes from being constantly scrutinized and judged. A breezy “Hey-na-na-na” precedes their declaration of nothing being able to “Hold me down/ ‘Cuz you know I’m a fighter” makes it obvious that, like this entire album, “ON” is an exhortation to their fans, but also homage to their own career.

Map of the Soul: 7 is the fourth Korean-language studio album by South Korean boy band BTS. The album was released on February 21, 2020

BTS (Korean: 방탄소년단; RR: Bangtan Sonyeondan), also known as the Bangtan Boys, is a seven-member South Korean boy band formed in Seoul in 2013. The septet co-writes and produces much of their output. Originally a hip hop group, their musical style has evolved to include a wide range of genres. Their lyrics, often focused on personal and social commentary, touch on the themes of mental health, troubles of school-age youth, loss, the journey towards loving oneself, and individualism. Their work features references to literature and psychological concepts and includes an alternative universe storyline. Popular for their live performances, the group have staged several world tours. The group initially formed as teenagers under Big Hit Entertainment and released their debut single album, 2 Cool 4 Skool (2013). Subsequent work such as their first U.S. Billboard 200 entries The Most Beautiful Moment in Life, Part 2 (2015), The Most Beautiful Moment in Life: Young Forever (2016), and Wings (2016) helped establish BTS' reputation as a socially conscious group. Wings became BTS' first album to sell one million copies in South Korea. By 2017, BTS crossed into the international music market, leading the Korean Wave into the United States and breaking numerous sales records, becoming the first Korean group to receive a certification by the Recording Industry Association of America (RIAA) with their single "Mic Drop". The band is the first Korean act to top the U.S. Billboard 200 with their studio album Love Yourself: Tear (2018) and have since hit the top of the U.S. charts with their albums Love Yourself: Answer (2018) and Map of the Soul: Persona (2019), making BTS the first group since The Beatles to earn three number one albums in less than a year, and the fastest to earn three number one albums since The Monkees in 1967. Love Yourself: Answer also broke South Korea's Gaon Album Chart's all-time monthly record previously set by Love Yourself: Tear and became the first Korean album certified Gold in the United States. According to Gaon Music Chart, BTS has sold fifteen million albums domestically and is the best-selling artist to debut in the 2010s. They hold the best-selling album in Korean history with Map of the Soul: Persona. BTS were the second best-selling artists of 2018 worldwide according to the IFPI's Global Artist Chart, as well as the only non-English speaking artist to enter the chart. The group has won Top Social Artist three years in a row and Top Duo/Group at the 26th Billboard Music Awards. Featured on Time's international cover as "Next Generation Leaders", BTS has appeared in the magazine's 25 most influential people on the internet (2017–2019) and Time's 100 most influential people in the world (2019), with the outlet giving them the nickname 'Princes of Pop'. Forbes Korea named BTS the most influential celebrities of Korea in 2018, and BTS ranked 43rd in the Forbes Celebrity 100 (2019) as one of the world's top-earning celebrities. During their 2019 Love Yourself World Tour, BTS became the first Asian artist ever to headline and sell out Wembley Stadium and broke the record for the single highest-grossing engagement in Rose Bowl Stadium history. BTS are worth more than $4.65 billion to South Korea's economy each year, attracting one in every 13 foreign tourists that visit the country, and are cited as one of the key acts boosting global music sales to $19 billion in 2018, a figure not seen since 2006 after digital purchases gained momentum. Following the establishment of their Love Myself anti-violence campaign in partnership with UNICEF, BTS addressed the United Nations 73rd General Assembly and became the youngest ever recipients of the Order of Cultural Merit from the President of South Korea due to their contributions in spreading Korean culture and language. Read more on Last.fm. User-contributed text is available under the Creative Commons By-SA License; additional terms may apply.

OTHER RELEASES ON AAA RECORDINGS OR BY BTS:

We have many other items in stock by BTS and on the label AAA Recordings.