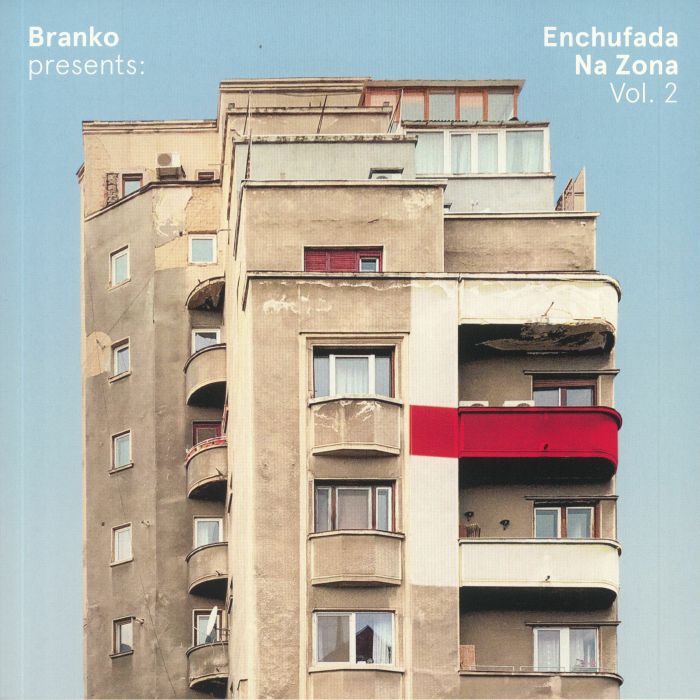 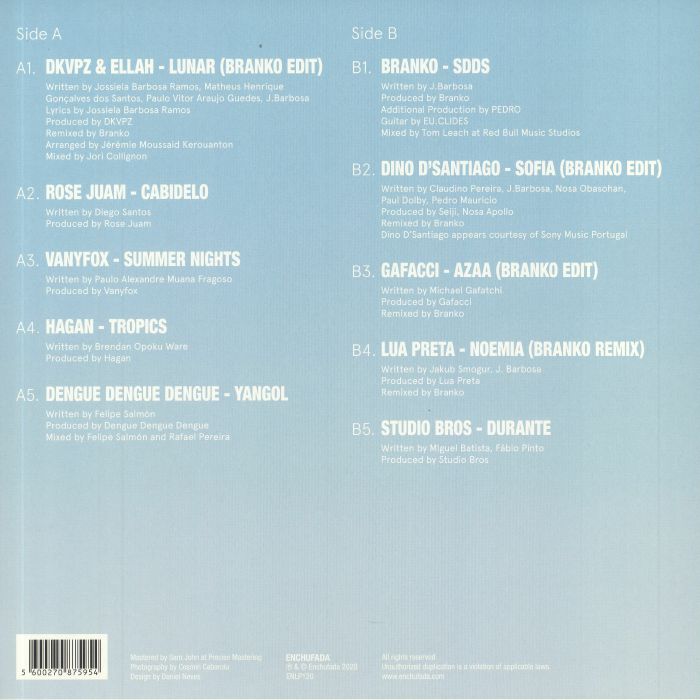 - NEW RELEASE
Sorry, this item is currently unavailable.
ARTIST:
Branko
TITLE:
[V2] Enchufada Na Zona Vol 2
LABEL:
Enchufada
CATNO:
ENLP120
STYLE:
Deep House / Ragga / Soulful House / Jazzy House /
FORMAT:
Vinyl record
DESCRIPTION:
Eclectic Mix of Deep House, Reggae, Broken Beats & Jazz & Soul Influences - 1 of 300 - Be quick - Roughly translated from Portuguese, Na Zona means something like being in a specific place, occupying a zone and owning it — a fitting metaphor for Branko’s career as a DJ and producer exploring the global side of club music. But what happens when you can no longer occupy physical spaces to create a shared experience around club music?

Enter Volume 2 of our Branko Presents: Enchufada Na Zona compilation series, where following the release of his sophomore album ‘Nosso’, the Enchufada founder curates a selection of original music from himself and some of his favourite artists, as well as a series of his own edits and remixes, all created during quarantine from home studios in Lisbon, Accra, São Paulo, London or Paris. With the club seeming like a distant memory, Branko puts forward a collection of songs more fitting to the times we live in and the physical space we get to enjoy them at: home.

Alongside new music from the likes of Dengue Dengue Dengue, Studio Bros or Vanyfox, as well as his edits and remixes for artists such as Dino D’Santiago, DKVPZ or Gafacci, Branko presents a more melodic and introspective take on the always-evolving and warm-blooded rhythms of global club music, a product of every artist’s shared experience of creating and enjoying music in isolation.

Branko (formerly J-Wow) is the driving force and one of the main producers in Buraka Som Sistema. The Lisbon group released their debut album ‘Black Diamond’ in November 2008 to rave reviews and acclaim from a who’s who of relevant producers, and continued to make waves with sophomore album “Komba” in 2011. As a diagnosed workaholic, when Branko is not touring or in the studio with Buraka, he’s either scouting for new music for his Enchufada label or making beats by himself. His solo material is not a 180 turn from the Buraka sound, but it’s a freer approach to electronic music. “With Buraka we would start with a rhythm or a beat, but my songs are built with melodies and loops as the starting point. The sound is a little more personal.” He applies almost ten years of research and travelling to his creative output. Operating as the Anthony Bourdain of ghetto dance music, his mission is to expose the world to as much unheard music as possible, focusing on artists who aren’t easily discoverable through the usual channels. Read more on Last.fm. User-contributed text is available under the Creative Commons By-SA License; additional terms may apply.
FREE SHIPPING ON ORDERS OVER £100 TO UK MAINLAND ONLY
See exclusions
View Cart