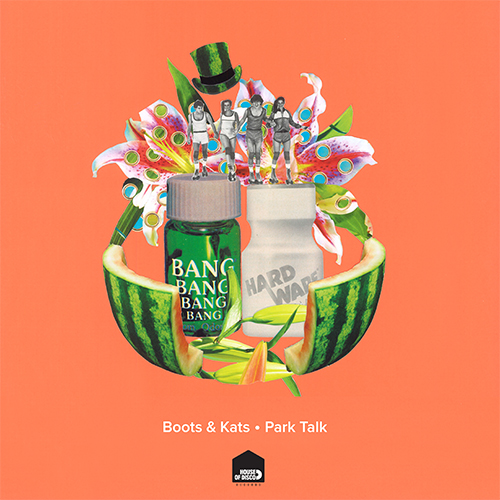 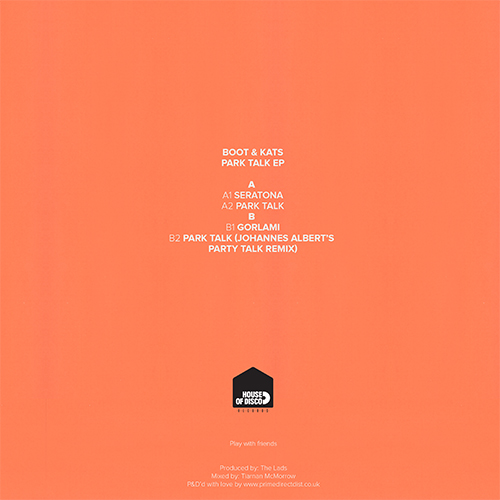 Fists in the air business in a far-away planet, one where synthesisers rule the lands using colossal kicks and huge snares to enhance the power of their all-encompassing arps that range from rapid fire bass to gargantuan top lines. Johannes Albert then throws in some party chatter and deft sampling to his reworking of ‘Party Talk’ completing this futuristic capsule of interstellar goodness.

1. BOOTS (born Jordy Asher) is a Soul and R&B producer, rapper, singer, songwriter, video director and multi-instrumentalist who first made forays into music as half of the musical duo Blonds, and into popular music as Beyoncé's producer. After trying out a string of lesser-known groups including Blonds, Young Circles, Blond Fuzz and Stonefox, he signed to Jay Z's label Roc Nation in June 2013 to eventually release his original solo music. Boots' meteoric rise to fame came about when Beyoncé's self-titled album debuted at no. 1 on the charts, with 85% of the album featuring his production skills and four songs he'd written. Boots' debut solo album is the self-produced mixtape WinterSpringSummerFall. 2. Boots is one of the many pseudonyms of someone who is maybe named Robyn Nice who seems to release each new record under a new name. The Boots record was released in a box with LPs by C.C. and Snake & Remus. Read more on Last.fm. User-contributed text is available under the Creative Commons By-SA License; additional terms may apply.

With his third full-length release in two years (Katskills), and shows that continue to attract an increasing number of fans to some of New York’s hottest venues, Brooklyn-based emcee Kats is riding a groundswell of grassroots support. Building on the success of his first two albums, Kats the Musical (featuring a title track that has attained cult-classic status on New York's underground hip-hop scene) and Almost Fameless, Kats has won the admiration of many fans and earned the respect of a few critics. And the acclaim is merited: Kats infuses subtle, humorous social commentary and clever pop-culture references into complicated, intricately crafted rhyme schemes, while his production team, headlined by DJ SmutVillain and Andy B, keep him well-supplied with inspiring crowd-inciting beats. More impressive than his albums are Kats’ live shows. He has performed at the Knitting Factory, Crash Mansion, Bowery Poetry Club, Baggot Inn, Midway, Pussycat Lounge and Supreme Trading, just to name a few New York venues. His faithful fans religiously attend the energetic shows and these fun-loving hip-hop crowds consistently earn him return invitations to some of New York's most desirable stages. In the past year Kats has placed one of his songs in a feature film, Kats the Musical was in rotation on a few college radio stations, and he’s collaborated with some of the best up-and-coming hip-hop artists in New York. He has also been featured on numerous blogs, including being honored as Artist of the Week on Hey! Nielson and Billboard.com Best Hip-Hop Blog website Adam's World. His emphasis on creativity, originality and meaningful content is reminiscent of a time when hip-hop was fun and smart, not glittery and gangster. But while he may remind us of the good old days, we can only hope the future of hip-hop includes nine lives for this emcee, because Kats kills! Read more on Last.fm. User-contributed text is available under the Creative Commons By-SA License; additional terms may apply.
FREE SHIPPING ON ORDERS OVER £100 TO UK MAINLAND ONLY
See exclusions
View Cart