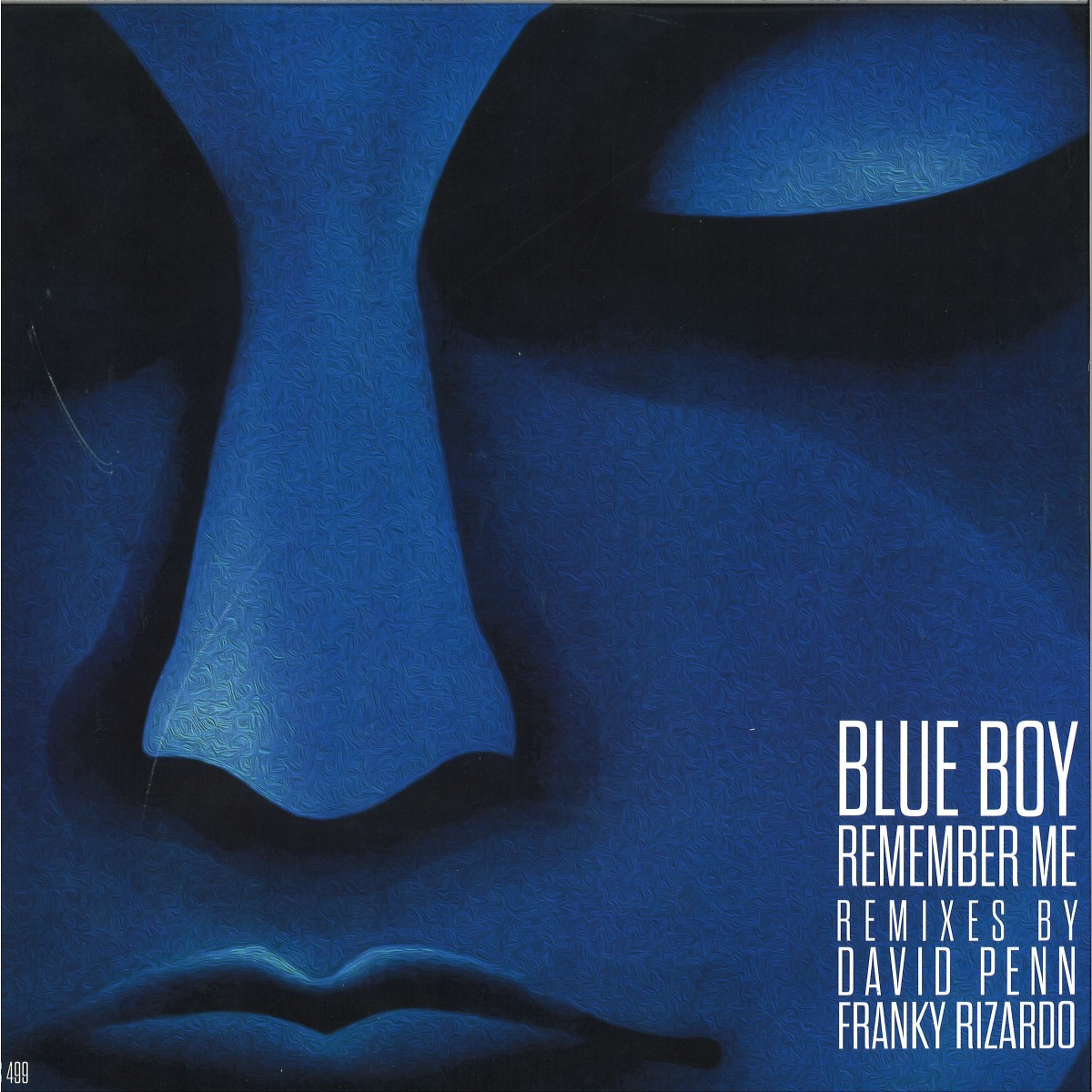 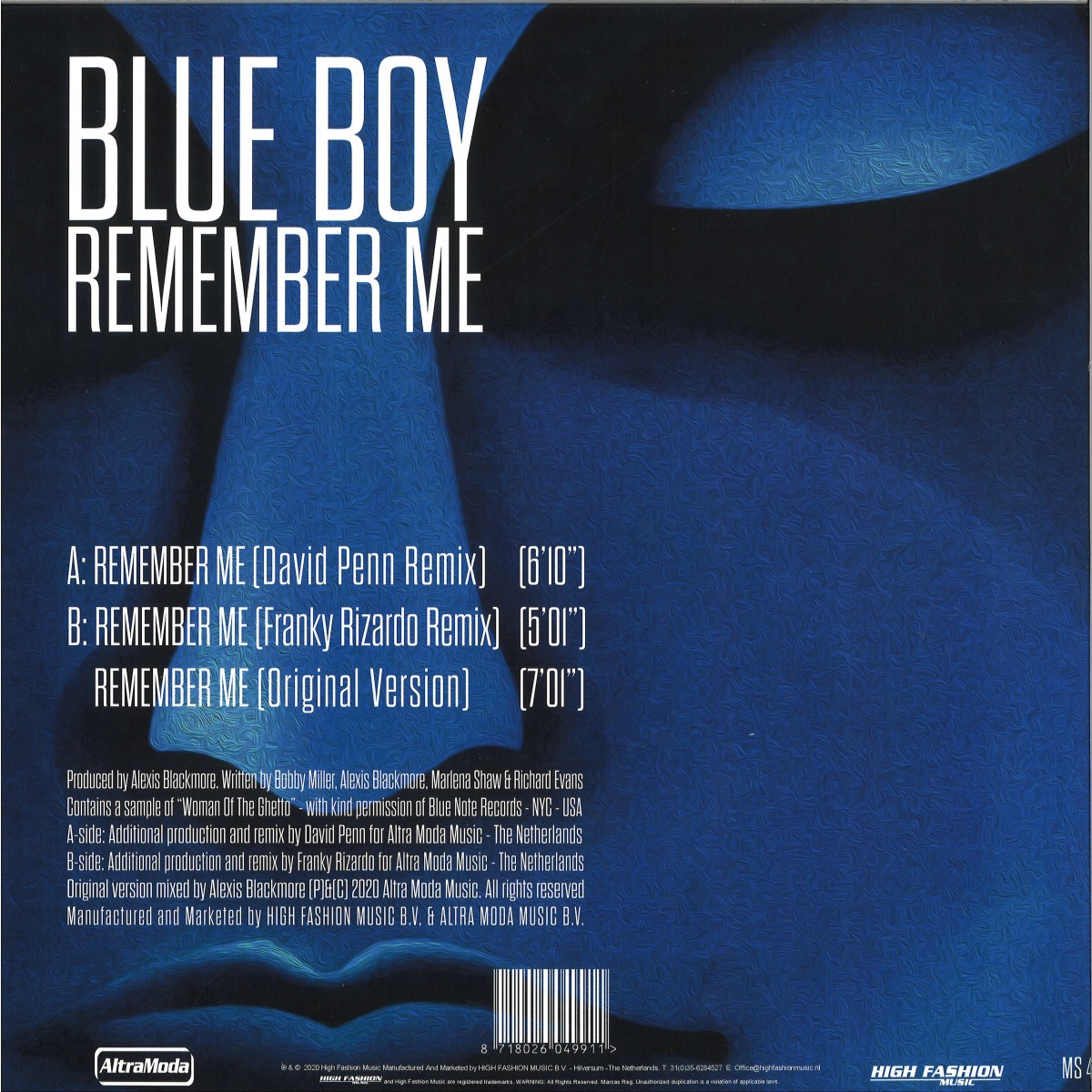 The Dutch imprint has now asked non-other than David Penn to add his magic to this sure-fire repeat player!

Madrid based David Penn get to grips with the Blue Boy classic and the results are spectacular! Some of you may have already heard it on David’s recent Live lockdown streams all over social media?! Now you have been hand-picked to help break this house anthems!

23 years have passed since Blue Boy (AKA Scottish producer Lex Blackmore) delivered one of the biggest club and radio hits of summer 1997, the Marlena Shaw-sampling "Remember Me". Here the familiar favourite is given a new lease of life via a pair of fresh 2020 re-rubs. David Penn steps up first, expertly layering sustained Wurlitzer organ chords, gospel-style, clipped disco guitars, piano riffs and the famous vocal sample over a thickset, 21st century house groove. Frank Rizaro's remix is even heavier, with Shaw's vocalizations riding a beat that's closer to tribal techno than deep house. The head-nodding, toe-tapping original 1997 mix completes a rock-solid package.

There have been a couple of artists going by the name of Blue Boy. 1. Blue Boy is a pseudonym for the Scottish DJ, Alexis 'Lex' Blackmore. He is best known for "Remember Me", an international dance hit in 1997. Blackmore first worked as a DJ in Glasgow and London, touring with the British techno outfit The Shamen in 1992. After having worked under various guises, Blackmore established the Blue Boy name in 1995 with the single, "Ascension", followed by the four-track EP, Scattered Emotions. In 1997, Blue Boy had his first (and only) major hit single with "Remember Me". The track surfaced on the compilation album, Mushroom Jazz Volume One, a remix album by Mark Farina. Jive Records picked up the track for a single release. The radio edit of the track was remixed by production team Sure Is Pure. The single peaked at #8 in the UK Singles Chart in February 1997.[1] The track is built around two samples from "Woman of the Ghetto", a 1969 soul song by Marlena Shaw. The original song is polemic to legislators delivered by a woman from a black American ghetto. Near the end is the line: "Remember me? I'm the one who had your babies", in reference to black maids raising white children for little pay in America. This sample is repeated throughout "Remember Me", as is a sample of a scat portion of the refrain. 2. A pop rock band from Japan. First formed in 1990, the group garnered a decent amount of popularity throughout the early and mid 90’s for their youthful sound and image, which bordered on an idol look. Blue Boy toured quite extensively from 1993 through 1996, before suddenly decreasing activities dramatically in 1997. In the summer of 1998, after a further decrease in activities, Blue Boy announced its official disbandment. Blue Boy played their final live September 9th, 1998, and officially split afterwards. Read more on Last.fm. User-contributed text is available under the Creative Commons By-SA License; additional terms may apply.
FREE SHIPPING ON ORDERS OVER £100 TO UK MAINLAND ONLY
See exclusions
View Cart