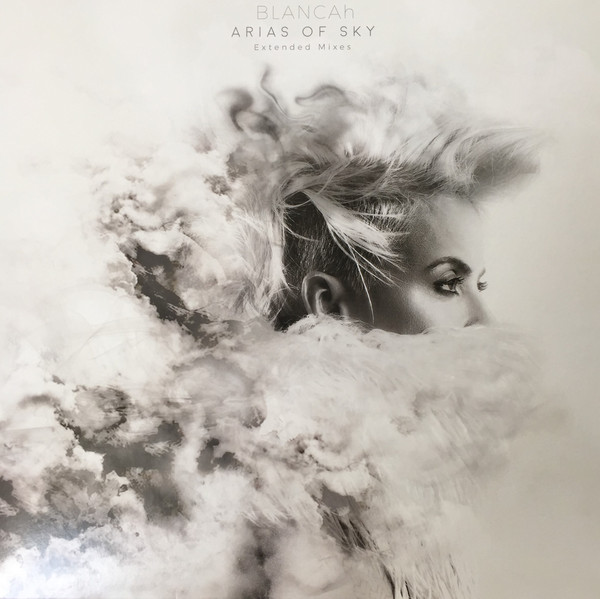 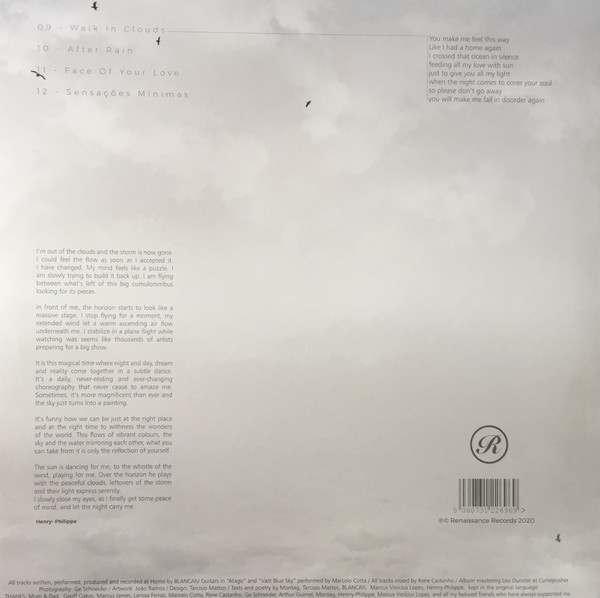 - NEW RELEASE
Sorry, this item is currently unavailable.
ARTIST:
Blancah
TITLE:
Arias Of Sky
LABEL:
Renaissance
CATNO:
REN001V
STYLE:
Tech / Minimal Techno / Ambient Techno / soundscape /
FORMAT:
Vinyl record
DESCRIPTION:
3xLP Of Deep Tech / Minimal Techno, Ambient Slo Mo & Soundscape Grooves From Brazillian DJ Producer - There are few, if any, artists currently working in electronic music to match BLANCAh’s talent and versatility. Whether it’s DJing, singing live (often during her own sets) or producing, her creative cup constantly overflows, which is why she has become one of South America’s breakout stars with a CV that includes some of the world’s most renowned platforms. From releases on Steyoyoke, Movement, and Lost On You; touring the globe or holding residencies at two of the world’s most famous clubs (Brazil’s Warung and D-Edge), BLANCAh is proof-positive cream always rises. Now, following two acclaimed releases with Renaissance, ‘Cold Lights’ and ‘Walk In Clouds’, BLANCAh presents her second studio album ‘Arias Of Sky’.

Dance isn’t a genre that’s embraced the album format as a rule, but with ‘Arias Of Sky’ BLANCAh has undoubtedly delivered a body of music that doesn’t so much challenge the status quo as rip-up the rule book. It’s a showcase that deftly balances melodic electronica with her club roots as she explains, “Arias is a true labour of love that took months to produce. I consciously shifted my sound to create an emotive soundscape that people will hopefully listen and dance to in equal measure.”

Opening with her spoken word on ‘Afago’, the album progresses from downbeat beauty to haunting club anthems, taking in a myriad of influences along the way; if Kate Bush’s ‘A Sky Of Honey’ went to a Brazilian nightclub this would arguably be the resulting love child.

Finally, it’s only fitting such a creative album offer DJs and listeners creative options as to how they want to listen to it, something BLANCAh was keen to provide. “Although I completed the album the job was far from done”, she explains, “I decided to offer it in 3 different formats, the original versions, extended mixes and a continuous mix as if it were a DJ set in its own right. With the latter I even created three exclusive ‘INTERLUDES’ to help with the transitions and flow. It’s a very personal journey that represents my strange and wonderful take on the world. I hope people enjoy it.”

Born into this world with a love for all things creative, it was only a matter of time before we saw this artist spread her wings and shine on an international level. Born in Brazil, BLANCAh started her professional music career as a DJ 16 years ago. Since then, her natural talent and interests have quickly progressed allowing her the opportunity to explore and refine her skills In 2014, BLANCAh embarked on her biggest year and joined forces with Steyoyoke. Since becoming a member of the Berlin based record label, BLANCAh has built a solid path in music production by delivering a continuum of highly acclaimed releases. She defines her musical identity through melodic compositions, often featuring her signature dark quirky soundscapes. Her music is clearly a reflection of her love for all things strange and wonderful. Both remixing as well as composing her own songs, her work always depicts her sensitivity and versatility, which combines to create a unique essence and form of self-expression. It comes as no surprise that in 2016 BLANCAh was awarded at the “Rio Music Conference”, winning the highly esteemed, “Revelation Of The Year” award. As a matured artist, BLANCAh is now well established and has cemented her music identity with a multitude of skill and talent. Her commitment to stay true to her roots, has really pushed her need for creative expansion and has in fact, strengthened her ability to stand out from the crowd. Read more on Last.fm. User-contributed text is available under the Creative Commons By-SA License; additional terms may apply.
FREE SHIPPING ON ORDERS OVER £100 TO UK MAINLAND ONLY
See exclusions
View Cart