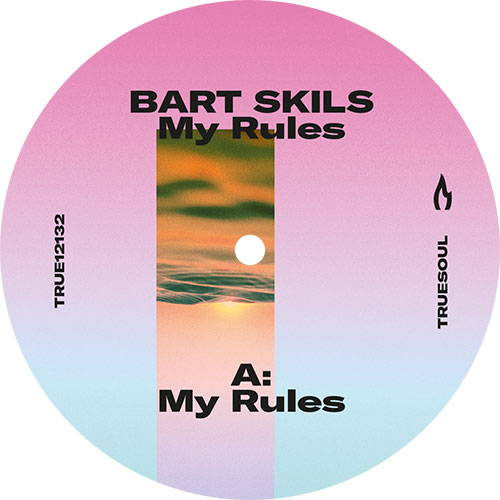 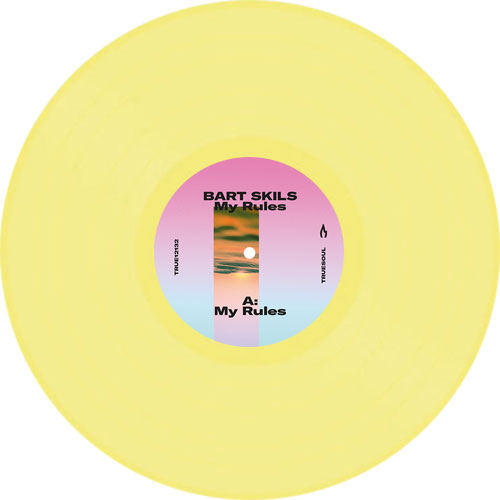 One of Drumcode most consistent contributors, Bart Skils also knows his way around a melodic lead better than most. With this is in mind, it’s difficult to believe this is the first sighting we’ve had of the Dutchman’s productions on Truesoul.

‘My Rules’ was created during lockdown with the specific intent to brighten the lives of the techno faithful. Both compositions were inspired by the type of tracks Skils would typically use to build his sets during longer sessions, when tension-and-release dynamics are deployed with aplomb. The title track comprises a wiggly bassline running alongside a skilfully arranged vocal hook, while tiny flashes of melody amplify the atmosphere. ‘Cruising Waves’ is marked by a hypnotic groove and a meditative vocal loop before a ball-tearing industrial synth-line rips through the bottom end at regular intervals throughout the second half of the piece.

PLAY
CUE
MP3
a
My Rules
b
Cruising Waves

Bart Skils' career started in 1995 when he moved to Amsterdam and started working for Outland Records. First playing in Amsterdam's legendary Mazzo club he became resident with his own weekly Voltt nights. Known for his smooth mixing and dynamic sets he steadily developed into one of Amsterdam's finest and most respected DJ's. His style ranges from techno to electro, always funky and danceable. He is also founder and host of the highly respected Voltt and Traffic events, both situated in Amsterdam. Traffic is based at the famous Melkweg venue and focuses more on the true techno sounds while his Voltt events, based in Dutch poptempel Paradiso, are more minimal and smooth. With his regular appearances along guests such as Richie Hawtin, Jeff Mills, Heiko Laux, Oscar Mulero and Ricardo Villalobos. The Traffic and Voltt nights are seen as one of the leading club nights around with a great fan base and good atmosphere. Recently Bart Skils has teamed up with fellow colleague DJ/producer Jerome to hit the streets with their "Take one, know one" EP which was picked up by Pure Plastic Records. This London based record label is one of the leading techno labels around featuring artists such as Surgeon, Ben Sims, Oscar Mulero and label owner Mark Broom who also did a slamming remix of their "Take one, know one" EP. With his residencies in clubs like Paradiso, Melkweg and Mazzo, tight productions and regular gigs at all the major dance events, club nights and festivals like Awakenings, Lowlands, Innercity, Pinkpop, Dance Valley, Extrema, Impulz and 05 Days Off he's built himself a strong solid reputation for quality music. More info: http://www.bartskils.com/ Read more on Last.fm. User-contributed text is available under the Creative Commons By-SA License; additional terms may apply.
FREE SHIPPING ON ORDERS OVER £100 TO UK MAINLAND ONLY
See exclusions
View Cart