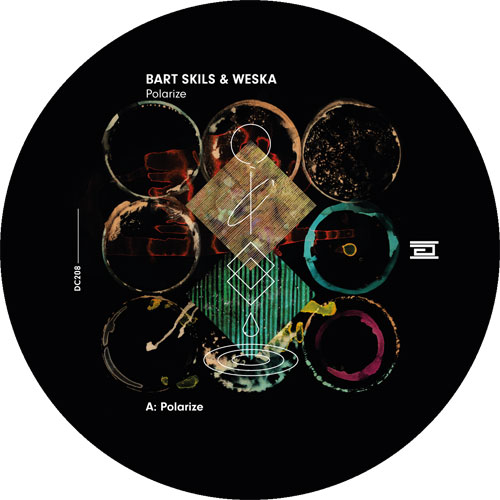 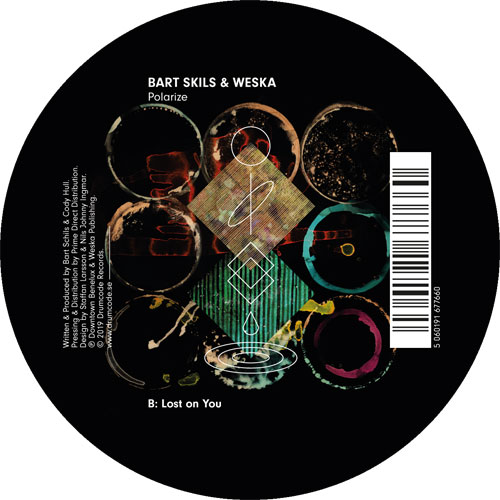 The duo first met in 2013 when Bart played Toronto’s iconic Coda, where Weska was a regular. In friendship and in music, they clicked effortlessly. Since then, the Dutchman has become one of DC’s most vital contributors, releasing a consistent stream of standout productions on the label, highlighted by the now-classic ‘Your Mind’ with Adam Beyer.

Meanwhile the rhythmic power of Weska’s productions caught the ear of Beyer who gave the young Canadian his debut on the imprint with ‘Other Places’ when ‘A-Sides Vol.7’ dropped last summer.

When Weska migrated to Berlin a plan was hatched to collaborate, with the pair swapping ideas back and forth, before linking up in Amsterdam to finish the work. The propulsive ‘Polarize’ EP is the result, a pair of cuts that have highlighted Beyer’s gigs at Department Festival in Stockholm, Junction 2 and his behemoth B2B with Cirez D at EDC Vegas.

The title cut packs a punch with rugged basslines and pin-sharp percussion, while stabs of melody dip in and out with euphoric effect. ‘Lost On You’ is a heady trip into the abyss with a sinister vocal line and powerful climax.

Bart Skils' career started in 1995 when he moved to Amsterdam and started working for Outland Records. First playing in Amsterdam's legendary Mazzo club he became resident with his own weekly Voltt nights. Known for his smooth mixing and dynamic sets he steadily developed into one of Amsterdam's finest and most respected DJ's. His style ranges from techno to electro, always funky and danceable. He is also founder and host of the highly respected Voltt and Traffic events, both situated in Amsterdam. Traffic is based at the famous Melkweg venue and focuses more on the true techno sounds while his Voltt events, based in Dutch poptempel Paradiso, are more minimal and smooth. With his regular appearances along guests such as Richie Hawtin, Jeff Mills, Heiko Laux, Oscar Mulero and Ricardo Villalobos. The Traffic and Voltt nights are seen as one of the leading club nights around with a great fan base and good atmosphere. Recently Bart Skils has teamed up with fellow colleague DJ/producer Jerome to hit the streets with their "Take one, know one" EP which was picked up by Pure Plastic Records. This London based record label is one of the leading techno labels around featuring artists such as Surgeon, Ben Sims, Oscar Mulero and label owner Mark Broom who also did a slamming remix of their "Take one, know one" EP. With his residencies in clubs like Paradiso, Melkweg and Mazzo, tight productions and regular gigs at all the major dance events, club nights and festivals like Awakenings, Lowlands, Innercity, Pinkpop, Dance Valley, Extrema, Impulz and 05 Days Off he's built himself a strong solid reputation for quality music. More info: http://www.bartskils.com/ Read more on Last.fm. User-contributed text is available under the Creative Commons By-SA License; additional terms may apply.
FREE SHIPPING ON ORDERS OVER £100 TO UK MAINLAND ONLY
See exclusions
View Cart