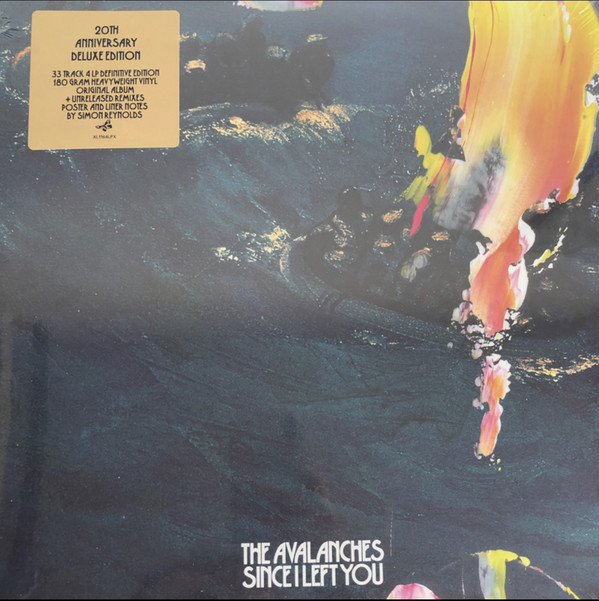 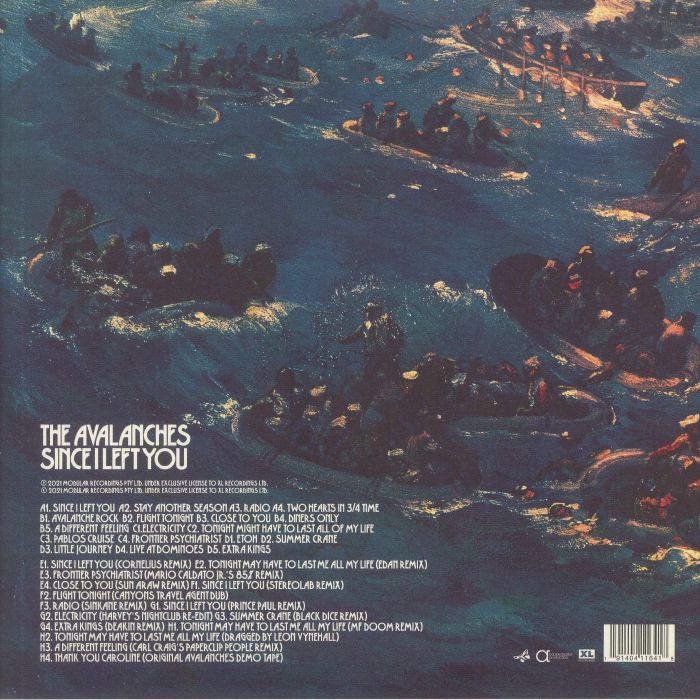 AVALANCES - [QUAD] SINCE I LEFT YOU

The Avalanches’ era defining debut album ‘Since I Left You’ has finally come of age. Now 20 years old, ‘Since I Left You’ gets a timely reissue along with an additional record of fifteen remixes from the likes of MF DOOM, Stereolab and Carl Craig. The Avalanches made ‘Since I Left You’ out of hundreds of vinyl samples, the grand finale and biggest climactic triumph of the Sampladelic Decade. Containing classic singles ‘Frontier Psychiatrist’ and ’Since I Left You’, the reissue’s remixes give each track a new lease of life, while still maintaining the sunny disposition of the originals.

Do you remember what you were doing twenty years ago? I do. I was a fifteen year old kid from the burbs, spending my summer playing football and recreating WWF classics in the back yard while dressed like a nerdish Eminem (bleach blonde hair and everything). Then a wacky-ass radio track packed with film snippets and horse noises worked its way into my teenage brain and changed things for good. The Avalanches were insane, inspired and in full effect; following the 'horse song' ("Frontier Psychiatrist") with a soulful and swooning summer jam ("Since I Left You") which has played in my head ever since. Family Allowance firmly in hand I took my privileged ass off to the Market Hall, picked up a CD copy of this album and spent the whole bus journey home feasting my eyes on the liner notes and sleeve artwork. As I hit the play button on my naff home stereo, I was whisked away Dorothy-style and taken on a head spinning journey through 50 years of popular music. Leaving the monochrome mundanity of Bolton behind, I soared through technicolour stage sets of paradise islands, Brooklyn block parties and countryside BBQs, Sci-Fi spectaculars and rewired romances as 3,500 samples were sticky taped together before my very ears. The plunderphonic sound of six men who spent their adolescence rummaging through the bargain bins of Melbourne's record shops, "Since I Left You" applies hip hop's cut'n'paste mentality to the full gamut of weird and wonderful pop, from exotica to erotica, disco and funk to lounge and psych. Unlike anything I'd ever heard before, and better than any imitators I've heard since, The Avalanches are truly in a class of their own.