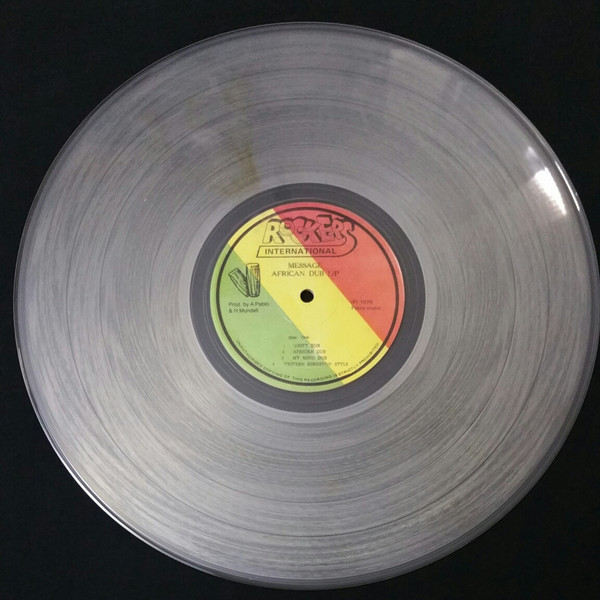 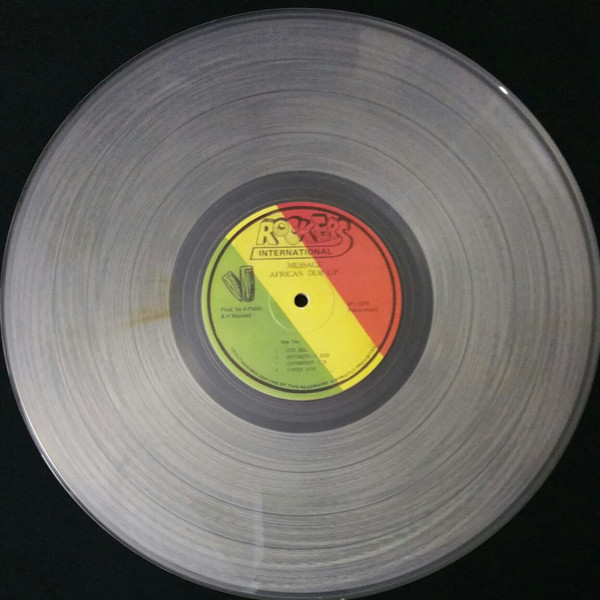 Awarded a five star review by Rolling Stone magazine on it's original 1978 release, ‘Africa Must Be Free By 1983' was met with great acclaim and has gone on to be one the most sought after of all roots reggae classic albums. The dub companion mixed by Prince Jammy at King Tubby's featured, as well as dubs from the vocal album, a searing cut to ‘Great Tribulation', entitled ‘Western Kingston Style' along with ‘Sufferer Dub' a version to Pablo's ‘Sufferer's Choice'. Re-mastered and re-sequenced ‘showcase style' the album is a fitting testament to two titans of reggae that were taken from us far too soon.

Horace Swaby (June 21, 1954 – May 18, 1999), better known as Augustus Pablo, the melodica king, was a Jamaican roots reggae and dub record producer and keyboardist, active from the 1970s onwards. He was perhaps the first person to use the melodica as a viable musical instrument. He was born in St. Andrew, Jamaica and learned to play the organ in Kingston College School. It was at that point an unnamed girl lent him the melodica. Fascinated by the instrument, Pablo rarely put it down. He also met Herman Chin Loy; the Chin family owned an influential record store in Kingston. Swaby recorded “Iggy Iggy” in Clive’s father’s studio, Aquarius Records. He took the name Augustus Pablo for this recording. After releasing a few more singles, Pablo came out with “East of the River Nile”, a unique blend of East Asian and Jamaican sounds, and the song became a moderate hit. Augustus Pablo popularized the use of the melodica (an instrument used primarily to teach children music in the Jamaican public schools) in reggae music. He soon joined Now Generation (Mikey Chung’s band) and played the keyboard with them while his friend, Clive, began his own career as a record producer. Pablo and Chin recorded “Java” (1972) together, as soon as Pablo quit Now Generation and Clive was able to get the studio time, the instrumental was a massive hit, and launched Pablo’s solo career. He recorded with Chin and various others, including Leonard Chin, his uncle, and Lee Perry. He scored another smash hit with “My Desire” (John Holt). Pablo formed labels Hot Stuff, Message and Rockers (named after his brother’s soundsystem, Rockers), and released a steady stream of well-received instrumentals, mostly versions of older hits from Studio One. In spite of his success with Rockers, Pablo’s seminal 1974 album, This Is Augustus Pablo was recorded with Clive and Pat Chin. This was followed by a collaboration with the legendary reggae engineer King Tubby to great acclaim, releasing 1975’s Ital Dub. In the later 1970s, Pablo produced a steady stream of hits, including the hit “Black Star Liner” (Fred Locks). He also worked with Dillinger, Norris Reid, I-Roy, Jacob Miller, Te -Track, The Immortals, Paul Blackman, Earl Sixteen, Roman Stewart, Lacksley Castell, The Heptones, Ricky Grant, Delroy Williams,Junior Delgado, Horace Andy and Freddy McKay. This period was eventually commemorated with critically acclaimed LP’s including King Tubby Meets Rockers Uptown (1976) and Hugh Mundell’s classic Africa Must be Free by 1983. This was followed by East of the River Nile (1978, Original Rockers 1979 and Rockers Meets King Tubbys In A Firehouse, another acclaimed hit album. In the 1980s, Pablo’s career slowed significantly. He had begun to establish an American audience, and released Rising Sun in 1986 to good reviews and sales. Pablo also produced memorable hits, including “Ragamuffin Year” (Junior Delgado), “Humble Yourself” (Asher & Tremble) and “Far Far Away” (Ricky Grant). In addition, Pablo toured extensively throughout the world, making a memorable live album in Tokyo in 1987. That same year, Rockers Come East re-established his career, and he began to release a series of critically acclaimed though somewhat inaccessible albums in the 1990s, including Blowing With the Wind and also producing several, such as Night & Day (Dawn Penn) and Jah Made Them All (Yami Bolo). Pablo died as a result of a collapsed lung on May 18, 1999. He had been suffering for some time from the nerve disorder Myasthenia gravis. He was known for his spiritual Rastafarian beliefs. Read more on Last.fm. User-contributed text is available under the Creative Commons By-SA License; additional terms may apply.

OTHER RELEASES ON AAA RECORDINGS OR BY AUGUSTUS PABLO:

We have many other items in stock by Augustus Pablo and on the label AAA Recordings.