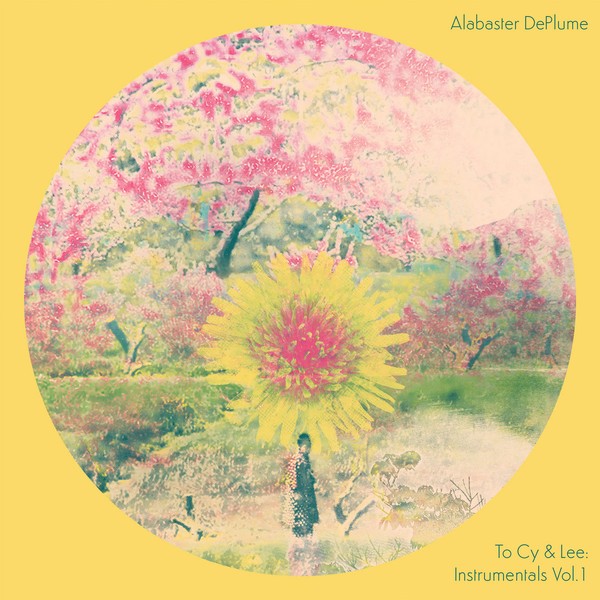 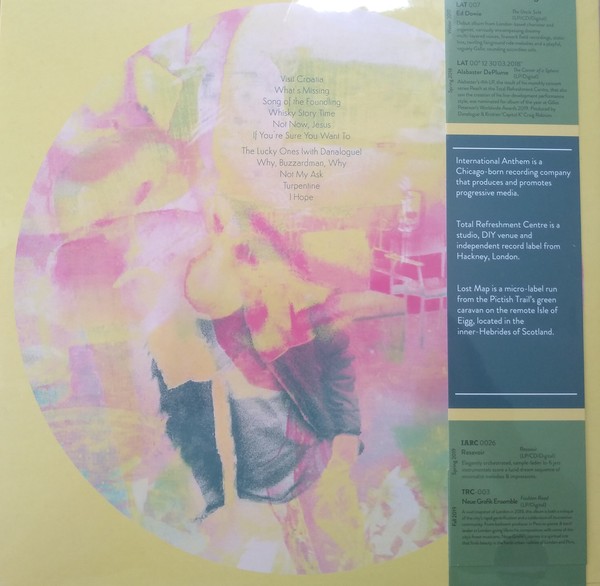 - NEW RELEASE
Sorry, this item is currently unavailable.
ARTIST:
Alabaster Deplme
TITLE:
To Cy & Lee: Instrumentals Vol. 1
LABEL:
International Anthem
CATNO:
IARC0030
STYLE:
Future Jazz / Modern Classical /
FORMAT:
Vinyl record
DESCRIPTION:
Melancholic Future Jazz / Modern Classical - "To Cy & Lee: Instrumentals Vol. 1" has a suitably individual genesis. Alabaster DePlume was working for Ordinary Lifestyles, a charity in North Manchester UK which supports people with disabilities to live in their own homes and to live fulfilling lives. Specifically, he was working with the titular Cy and Lee. His job was to get the guys socializing and he did this by making up songs with them. They’d make up melodies together, humming tunes in the house when they needed something calm, or when they were haring round the city in a battered car. DePlume would record these impromptu sessions in his phone, then go to the studio and use the material as starting points for songs. He also ran music sessions for Cy, Lee and their friends. “People would focus on a central point, tuning in to one another. There are things we can’t put into words, which can be expressed with sound and music. These guys have fewer words than us, some of them have none. When we put some feelings into a music expression – that’s liberation.” It’s a method he uses in live shows wherever possible, placing himself and the musicians in the round. The aim is to maximize the creative benefits that a community of players and listeners can bring to the music. It’s a collectivist and humanist approach to making music that sits underneath everything he does. This is music made for a reason. “I like the idea that we’re not just doing frivolous decoration. We’re doing work for society. I like to listen for what needs to be said.”

Alabaster DePlume is a Manchester UK-born, London-based bandleader, composer, saxophonist, activist and orator. He’s a resident at the legendary London creative hub Total Refreshment Centre, a recording artist for the off-grid Scottish Hebridean island label Lost Map, and now the latest arrival into Chicago-based International Anthem’s growing family of progressive musical explorationists. Whilst much of his music contains vocals – often whispered imperatives – this is a collection of instrumentals. The music of To Cy & Lee… contains naturally elegant orchestration wrapped around something visceral and primordial. The music is filled with space, inspired, he says, by computer games and Japanese animation, particularly Joe Hisaishi’s soundtrack for Castle In The Sky.


The record combines new compositions alongside bygone instrumentals and under-stated lullabies that feel like they’ve been picked from between the cracks of civilization. DePlume purposefully brings together players of different skill levels and different backgrounds so they have to interact differently, placing them in unusual situations in which to record. “I wanted to destroy the idea of correct so we were playing it different ways for fun. We had a very magical time playing the tunes.” This is activism expressed through gorgeous music that breaks down barriers by encouraging that most powerful emotion: connectedness.

PLAY
CUE
MP3
a1
Visit Croatia
a2
What's Missing
a3
Song Of The Foundling
a4
Whisky Story Time
a5
Not Now, Jesus
a6
If You're Sure You Want Tol
b1
The Lucky Ones
b2
Why, Buzzardman, Why
b3
Not My Ask
b4
Turpentine
b5
I Hope
FREE SHIPPING ON ORDERS OVER £100 TO UK MAINLAND ONLY
See exclusions
View Cart