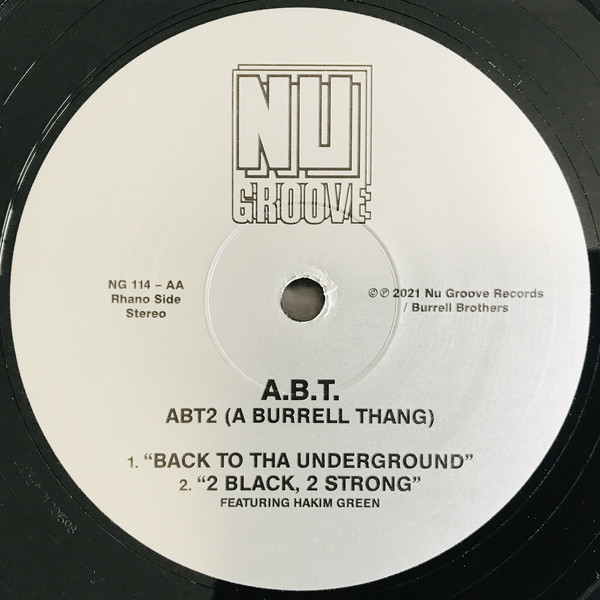 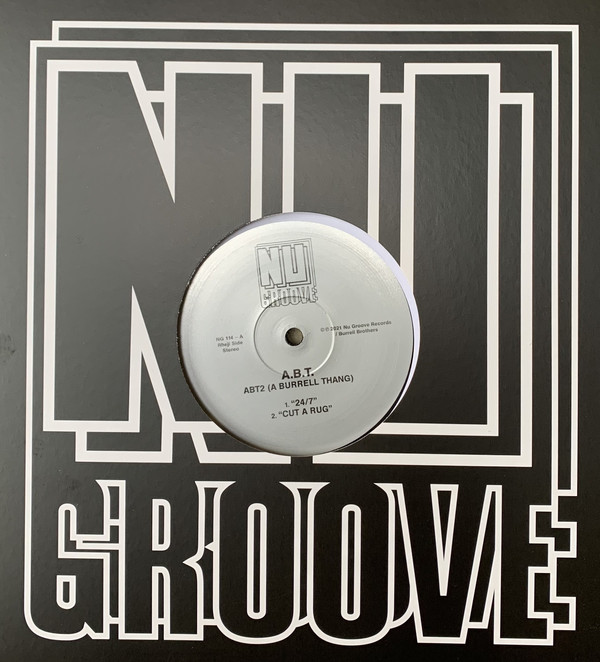 - NEW RELEASE
Sorry, this item is currently unavailable.
ARTIST:
A.B.T.
TITLE:
ABT2 (A Burrell Thang)
LABEL:
Nu Groove
CATNO:
NG114
STYLE:
Deep House /
FORMAT:
Vinyl record
DESCRIPTION:
Deep & Lush NY House 4 Tracker - With a pioneering catalogue that boasts releases from artists such as Kenny Dope, Frankie Bones & Lennie Dee, Joey Negro and Joey Beltram, Nu Groove records was one of the key labels in establishing the NYC house sound. However, it was the Burrell Brothers who were by far the most prolific artists to release on Nu Groove, with Rhano and Rheji exploring the underground and avant-garde nature of their musical minds on the imprint. With the label now lovingly cared for by London imprint Defected Records, who acquired the catalogue in 2017, a new era of Nu Groove has meant new releases for the first time in almost three decades, the latest coming from the Burrell Brothers’ A.B.T. (A Burrell Thang) alias. ‘ABT2’ sees Rheji takes control of the A-Side, and Rhano the flip, as Rheji delivering the sparkling grooves of ‘24/7’ and glorious piano house on ‘Cut A Rug’ on the A-Side. Rhano goes ‘Back To Tha Underground’ with the headsy minimalism of his first cut, before closing out the package with a slice of soulful, evocative club heat on ‘2 Black, 2 Strong’ featuring Hakim Green.

The Burrell Brothers (Rhano & Rheji) were by far the most prolific artists to release on seminal New York City imprint Nu Groove. Since Defected acquired the label's back catalogue, a new era brings new material by the pair for the first time in almost three decades - the latest arriving in the form of 'A.B.T. 2 (A Burrell Thang). It's that unmistakable sound of Stateside house music from the early '90s all over again as heard on 'Cut A Rug', wth a sound that many young producers of today try so hard to replicate. On the flip, we've got the druggy basement jam 'Back To Tha Underground' which is perfect afterhours tackle, as well as '2 Black, 2 Strong' (feat Hakim Green) and the famous "it's time for the percolator" vocal sample.