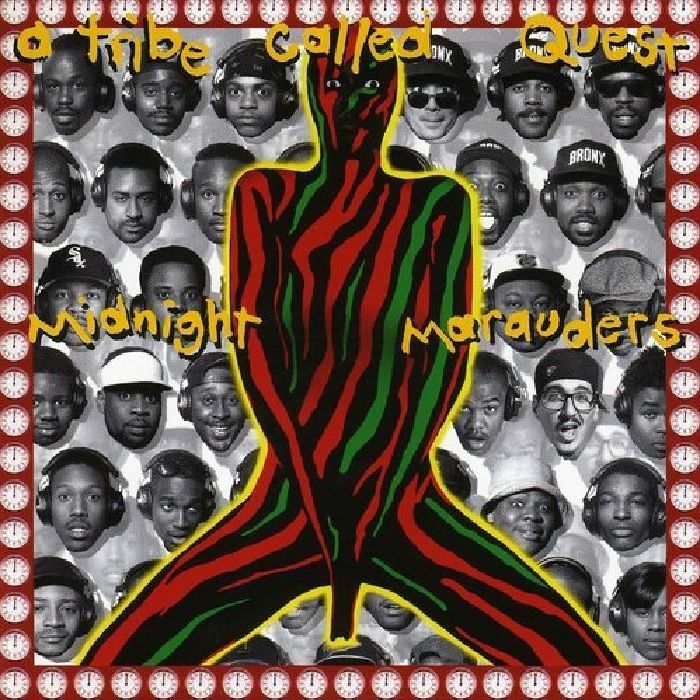 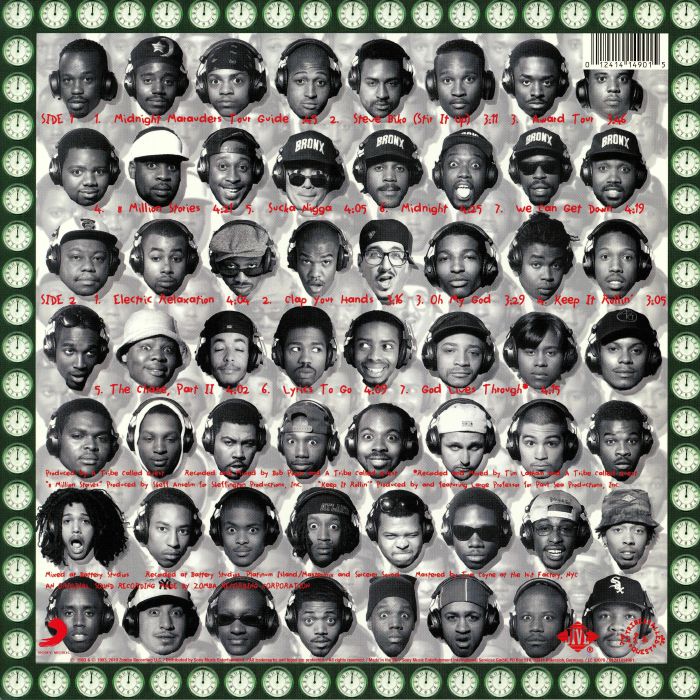 Though the abstract rappers finally betrayed a few commercial ambitions for Midnight Marauders, the happy result was a smart, hooky record that may not have furthered the jazz-rap fusions of The Low End Theory, but did merge Tribe-style intelligence and reflection with some of the most inviting grooves heard on any early-'90s rap record. The productions, more funky than jazzy, were tighter overall -- but the big improvement, four years after their debut, came with Q-Tip's and Phife Dawg's raps. Focused yet funky, polished but raw, the duo was practically telepathic on "Steve Biko (Stir It Up)" and "The Chase, Pt. 2," though the mammoth track here was the pop hit "Award Tour." A worldwide call-out record with a killer riff and a great pair of individual raps from the pair, it assured that Midnight Marauders would become A Tribe Called Quest's biggest seller. The album didn't feature as many topical tracks as Tribe was known for, though the group did include an excellent, sympathetic commentary on the question of that word ("Sucka Nigga," with a key phrase: "being as we use it as a term of endearment"). Most of the time, A Tribe Called Quest was indulging in impeccably produced, next-generation games of the dozens ("We Can Get Down," "Oh My God," "Lyrics to Go"), but also took the time to illustrate sensitivity and spirituality ("God Lives Through"). A Tribe Called Quest's Midnight Marauders was commercially successful, artistically adept, and lyrically inventive; the album cemented their status as alternative rap's prime sound merchants, authors of the most original style since the Bomb Squad first exploded on wax.

PLAY
CUE
MP3
a1
Midnight Marauders Tour Guide
a2
Steve Biko (Stir It Up)
a3
Award Tour
a4
8 Million Stories
a5
Sucka Nigga
a6
Midnight
a7
We Can Get Down
b1
Electric Relaxation
b2
Clap Your Hands
b3
Oh My God
b4
Keep It Rollin'
b5
The Chase, Part II
b6
Lyrics To Go
b7
God Lives Through

A Tribe Called Quest was an American hip-hop group formed in St. Albans, Queens, New York, in 1985, originally composed of rapper and main producer Q-Tip, rapper Phife Dawg, DJ and co-producer Ali Shaheed Muhammad, and rapper Jarobi White. The group is regarded as a pioneer of alternative hip hop music. In 1991, the group released its jazz-influenced second album, The Low End Theory, regarded for helping shape alternative hip hop in the 1990s. In 1998, the group broke up shortly before releasing its fifth album, The Love Movement, but in 2006, the group's original members reunited and toured the United States. In 2016, the group released its sixth and final album, We Got It from Here... Thank You 4 Your Service, which was still incomplete when Phife Dawg died suddenly in March 2016, and was completed by the other members after his death. A Tribe Called Quest was the most commercially successful act in the Native Tongues collective, with all six of its albums certified either gold or platinum. John Bush of AllMusic called them "the most intelligent, artistic rap group during the 1990s." The Source gave the group's debut album, People's Instinctive Travels and the Paths of Rhythm (1990), a perfect rating of five 'mics,' marking the first time that the magazine awarded the rating. In 2005, A Tribe Called Quest received the Founders Award at the Billboard R&B/Hip-Hop Awards, and two years later, the group was honored at the 4th VH1 Hip Hop Honors. In 2017, the group was awarded the Brit Award for International Group. AllMusic critic John Bush called A Tribe Called Quest "without question the most intelligent, artistic rap group during the 1990s", further stating that the group "jump-started and perfected the hip-hop alternative to hardcore and gangsta rap." At a time when James Brown drum breaks and P-Funk basslines dominated hip hop production, the group successfully bridged the gap between jazz and hip hop, incorporating bebop and hard bop samples and recording with double bassist Ron Carter. The group's production influenced their contemporaries, thus changing the sound of hip hop; Dr. Dre produced his highly regarded debut The Chronic after being inspired by The Low End Theory, and Pete Rock stated, "There were times when I would walk into a record store and see Tip sitting on the floor with his glasses on, going through albums, looking for beats ... I was like, 'This guy is serious.' Being around [the group] made me step up and become even more serious than I was". Lyrically, A Tribe Called Quest has been regarded for addressing many social issues through Q-Tip's philosophical viewpoints and Phife Dawg's everyman perspectives. People's Instinctive Travels and the Paths of Rhythm influenced several hip hop artists; Scarface asserted that it "really made me want to rap", and Pharrell Williams expressed that it was "the turning point [which] made me see that music was art." Kierna Mayo, former editor-in-chief of Ebony, said that The Low End Theory and Midnight Marauders "gave birth to neo-everything. ... That entire class of D'Angelo, Erykah Badu, Maxwell, and Lauryn Hill—and moving on to André 3000, Kanye West, and Talib Kweli—everything that is left of everything begins with Tribe." The group has also been credited for helping launch the solo careers of Busta Rhymes, J Dilla and Consequence. The group was the subject of the acclaimed 2011 documentary film Beats, Rhymes & Life: The Travels of A Tribe Called Quest, directed by Michael Rapaport. Studio albums People's Instinctive Travels and the Paths of Rhythm (1990) The Low End Theory (1991) Midnight Marauders (1993) Beats, Rhymes and Life (1996) The Love Movement (1998) We Got It from Here... Thank You 4 Your Service (2016) Read more on Last.fm. User-contributed text is available under the Creative Commons By-SA License; additional terms may apply.
FREE SHIPPING ON ORDERS OVER £100 TO UK MAINLAND ONLY
See exclusions
View Cart