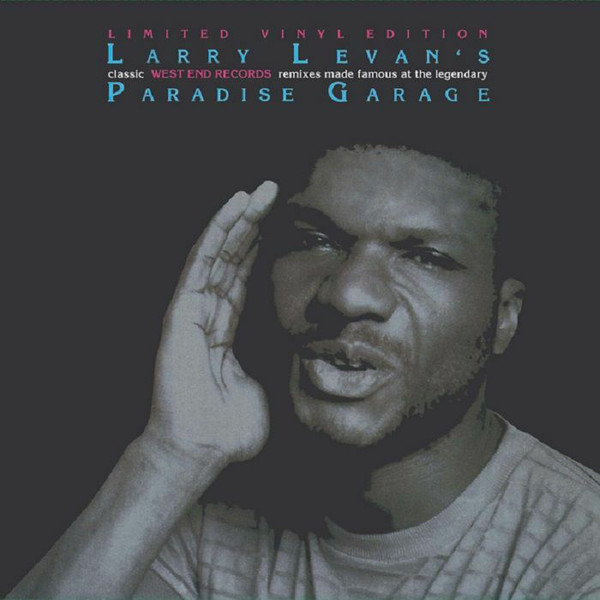 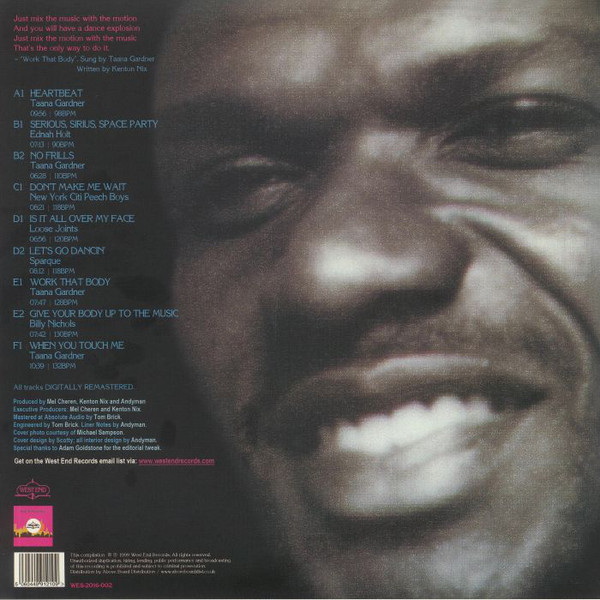 - NEW RELEASE
Sorry, this item is currently unavailable.
ARTIST:
Levan, Larry
TITLE:
Larry Levan’s Classic West End Records Remixes Made Famous At The Legendary Paradise Garage
LABEL:
West End
CATNO:
WES2016002WHITE
STYLE:
Funk / Soul / Disco /
FORMAT:
Vinyl record
DESCRIPTION:
3x12" LP Pressed on White Vinyl 9 Disoc , Soul / Funk Tracks- Available on limited edition triple vinyl (via DJ specialty shops) this is a compilation of nine tracks remixed (between 1979 and 1982) by Larry Levan, the DJ behind New York's famously influential nightclub, The Paradise Garage. Levan is a producer and remixer who, though he died in 1992, continues to be cited as one of the industry's greatest and most revered. Each of the nine individual full-length tracks was DIGITALLY REMASTERED specifically for this project. The sound quality is brilliant! The compilation comes complete with comprehensive liner notes giving the label's history, its relationship with Levan and anecdotes about each of the nine remixes and how each came about.

Larry Levan, (born Lawrence Philpott,1954 – 1992) is best known as a DJ at the Paradise Garage (New York) in the seventies. There he helped forge the house style known as "garage," a mix of disco, soul, gospel and house. Levan's eclectic approach to disco sets and remixes is legendary. He also collaborated in the studio, either as a remixer or, less frequently, as producer with some of the most important artists of the disco era, including Sister Sledge, Chaka Kahn, Patrice Rushen, Salsoul Studios, and Gwen Guthrie. As well as being an in demand DJ, remixer & Producer he was responsible for two short lived, but original, groups, namely the Peech Boys & Man Friday both unsurprisingly were regulars on the Paradise Garage's turntables. Larry Levan toured Japan in1992 & shortly after returning home, Levan voluntarily entered the hospital. He died four days later on November 8 of heart failure caused by endocarditis. In September 2004, Levan was inducted into the Dance Music Hall of Fame for his outstanding achievement as a DJ. Read more on Last.fm. User-contributed text is available under the Creative Commons By-SA License; additional terms may apply.
FREE SHIPPING ON ORDERS OVER £100 TO UK MAINLAND ONLY
See exclusions
View Cart