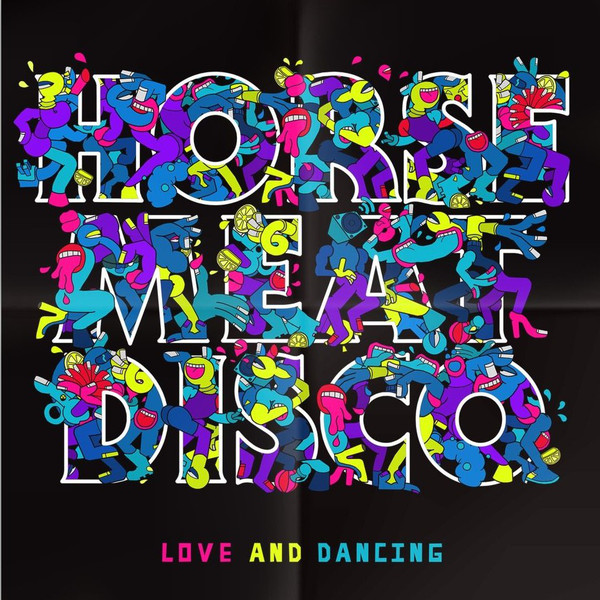 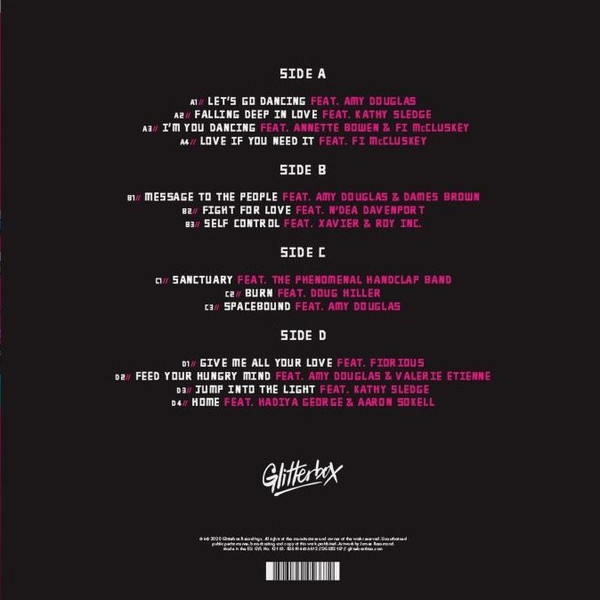 Love & Dancing is the culmination of seven years’ work, fashioned from the demos the four have been working on simply for the love of making music. Free of cover versions and lazy samples, it is documentary evidence that disco has a present and future every bit the platinum-grade equal of its storied past.

Working with an array of A-List collaborators including founding member of Sister Sledge Kathy Sledge, acid jazz pioneer N'Dea Davenport, rising star Fiorious and the inimitable trio Dames Brown. Highlights from the LP include the adored Glitterbox anthems ‘Let’s Go Dancing’ and ‘Falling Deep In Love’, the laid-back disco jam ‘Message To The People’, collaboration with The Phenomenal Handclap Band ‘Sanctuary’ and the irresistibly soulful ‘Home’ featuring Atlanta songstress Hadiya George. Love & Dancing is an album to get lost in, flawlessly arranged, produced and curated from start to finish.

The UK’s finest disco operators, Horse Meat Disco, return with another killer album of tried and tested underground disco, Italo and rarities that have been rocking crowds from their base in Vauxhall, London, to dancefloors worldwide during 2009-10. Since their acclaimed debut compilation on Strut in 2009, residents James Hillard, Jim Stanton, Severino and Luke Howard (aka Filthy Luka) have continued to lead the way with their packed residencies at The Eagle, London, Lux in Lisbon, Tape in Berlin and Cihan in Istanbul. During 2010, as well as revisiting UK festivals like Glastonbury, Lovebox and T In The Park, they will be spreading the disco love to some of the world’s leading festivals also so watch this space! Horse Meat Disco Volume 2 brings together another essential selection of New York classics alongside a host of lesser known discoveries for all fans of underground disco. Anthems include Zanzibar favourite ‘You Can Get Over’ by Stephanie Mills, Italo staple ‘Walkman’ by Kasso and Rinder & Lewis’ ‘Afrodesia’ under their El Coco pseudonym. Rarities include ‘I’m Not In Love (Girl You’re In Love)’ by Freda Payne’s sister Scherrie, ‘Cherchez Pas’ by Swedish model-turned-singer Madleen Kane and Italo oddity ‘’Touch Me Now’ by Bravo. Horse Meat Disco is dedicated to the industry of human happiness and it pumps it out every Sunday at THE EAGLE LONDON (formerly South Central). Its the queer party for everyone; Homos and Heteros, club kids, bears, fashionistas, naturists, guerilla drag queens and ladies who munch. Musically its a disco behemoth of classics, italo disco, oddities, punk funk in the friendliest venue south of the river. Plus weekly buffet, happy hour, decorations, and spontaneous acts of exhibitionism. Read more on Last.fm. User-contributed text is available under the Creative Commons By-SA License; additional terms may apply.
FREE SHIPPING ON ORDERS OVER £100 TO UK MAINLAND ONLY
See exclusions
View Cart