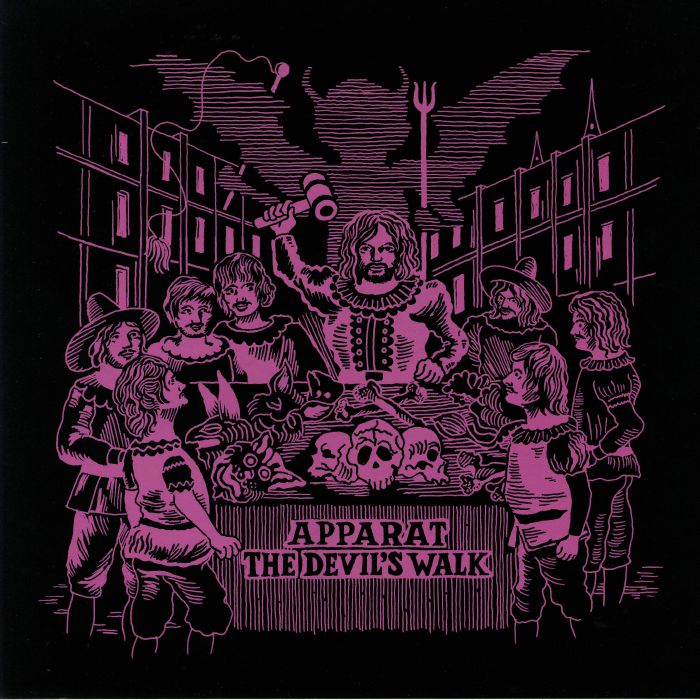 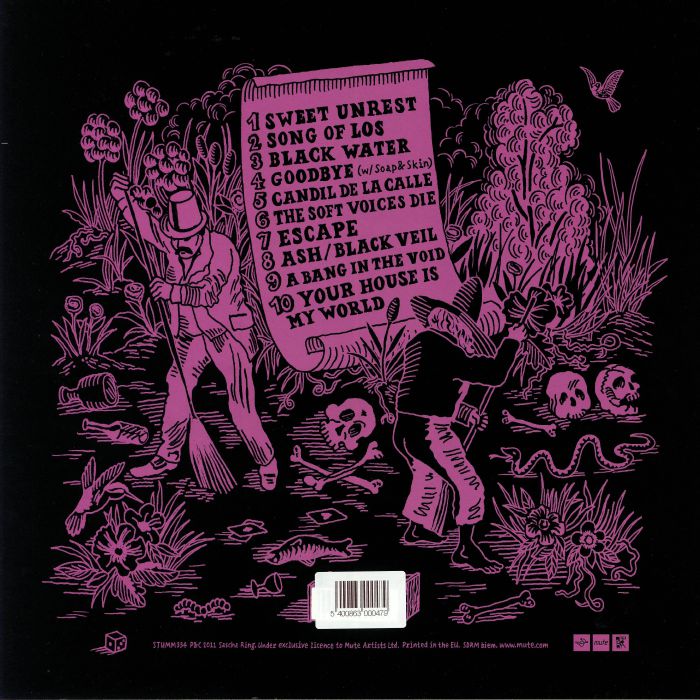 - NEW RELEASE
Sorry, this item is currently unavailable.
ARTIST:
Apparat
TITLE:
The Devil’s Walk
LABEL:
Mute
CATNO:
STUMM334
STYLE:
Leftfield / Leftfield / Rock / Rock / Experimental / Experimental / IDM / IDM / Rock / Rock / Leftfield / Leftfield / IDM / IDM / Experimental / Experimental /
FORMAT:
Vinyl record
DESCRIPTION:
2011 Leftfield IDM & Experimental Rock LP - When accomplished electronic music producers speak of making proper songs instead of tracks -- most ominously, there’s the one-two punch of “Dance music bores me now” and “I’m getting a band together” -- it’s usually a good time to tune out. While Sascha Ring is guilty of all three and has backed it up with The Devil’s Walk, an album completely divorced from the dancefloor and glitch/IDM, the shift has been gradual, not abrupt, and he happens to be composing some of the most evocative, finely detailed music of his decade-long career. No need to think back to the most organic song on 2007’s Walls, the sapless and malformed “Over and Over,” and prepare for more of the same; these songs, sometimes built on little more than strings, soft keyboard tones, and supple textures, are sturdy and fully developed. All the vocalists fall into place with solemn yet expressive performances, enhancing productions that straddle heartache and ecstasy. It’s the type of album that can be enjoyed on the surface, as pleasant background listening, or as a deeply immersive experience. Anyone who enjoys it should seek the output of Ring collaborator Joshua Eustis' Telefon Tel Aviv, especially 2009’s Immolate Yourself.

Apparat is a German electronic musician (Sascha Ring) living in Berlin, Germany who since 1999 has been running the Berlin based record label "Shitkatapult" together with T.Raumschmiere. Starting out with dance floor-oriented techno, he later started to create ambient music and recently became "more interested in designing sounds than beats". Recent music is closer to glitch, clicks and cuts or IDM, accompanied with classical string instruments and other sounds. He works with his own tool created in MAX/MSP framework. Effects are controlled by midicontroller. "While sensitively orchestrating his chamber musical qualities on his records or in his studio, his live performances are known for kicking some ass!" From Shitkatapult website He collaborated with Ellen Allien in 2003 on the album Berlinette, and again in 2006 on the album Orchestra of Bubbles. Apparat's fourth album,The Devil’s Walk released on 27 September 2011 through Mute Artists, began during a lengthy trip Apparat took in 2010 to Mexico, where he worked in a makeshift studio in the town of Sayulita. Read more on Last.fm. User-contributed text is available under the Creative Commons By-SA License; additional terms may apply.
FREE SHIPPING ON ORDERS OVER £100 TO UK MAINLAND ONLY
See exclusions
View Cart